Fitzpatrick hitting the ground running for Washington at training camp 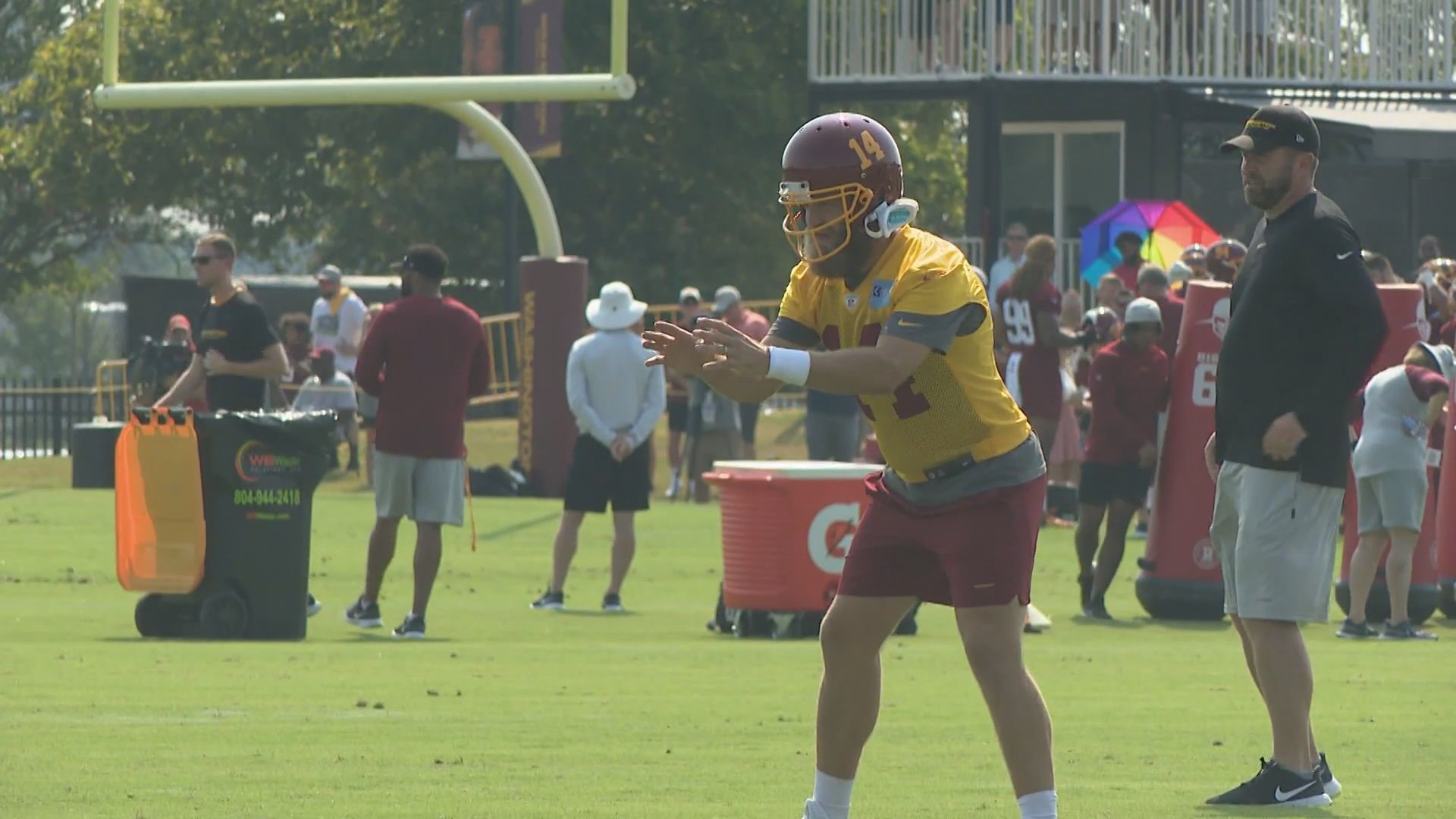 RICHMOND, Va. — Another year of training camp and the Washington Football Team has another starting quarterback. Will it be a toss up between the Harvard man, Ryan Fitzpatrick or former Old Dominion Monarch, Taylor Heinicke? Has the bearded veteran QB already been given the job? The simple answer for now is no. Head coach, Ron Rivera is making it an open competition. The 38 year old, who is signed to a one year deal, has shown over recent years he can still get the job done. "I just try to focus in on myself. The things I need to get better at", he says.

Rivera certainly likes what he sees. "Nothing seems to phase him. He just goes out and does his job. He doesn't look over his shoulder." Fitzpatrick is no vocal cheerleader when it comes to leadership, but when it comes to clutch situations, you know he has things under control. "I want to be the guy that when in the 4th quarter when we're facing some adversity and people don't know what to do, they can look to me."

According to players like tight end, Logan Thomas, Fitzpatrick has the attention of his teammates. "The dude's knowledge of the game is what really shows through", he says. "You start piling stuff on and Fitz is awesome". There is the matter of his famous massive beard. In this heat, he was asked, would he consider at trim? "The beard is just a part of it for me. I don't know if it's hot or cold anymore. It's just my normal feeling".