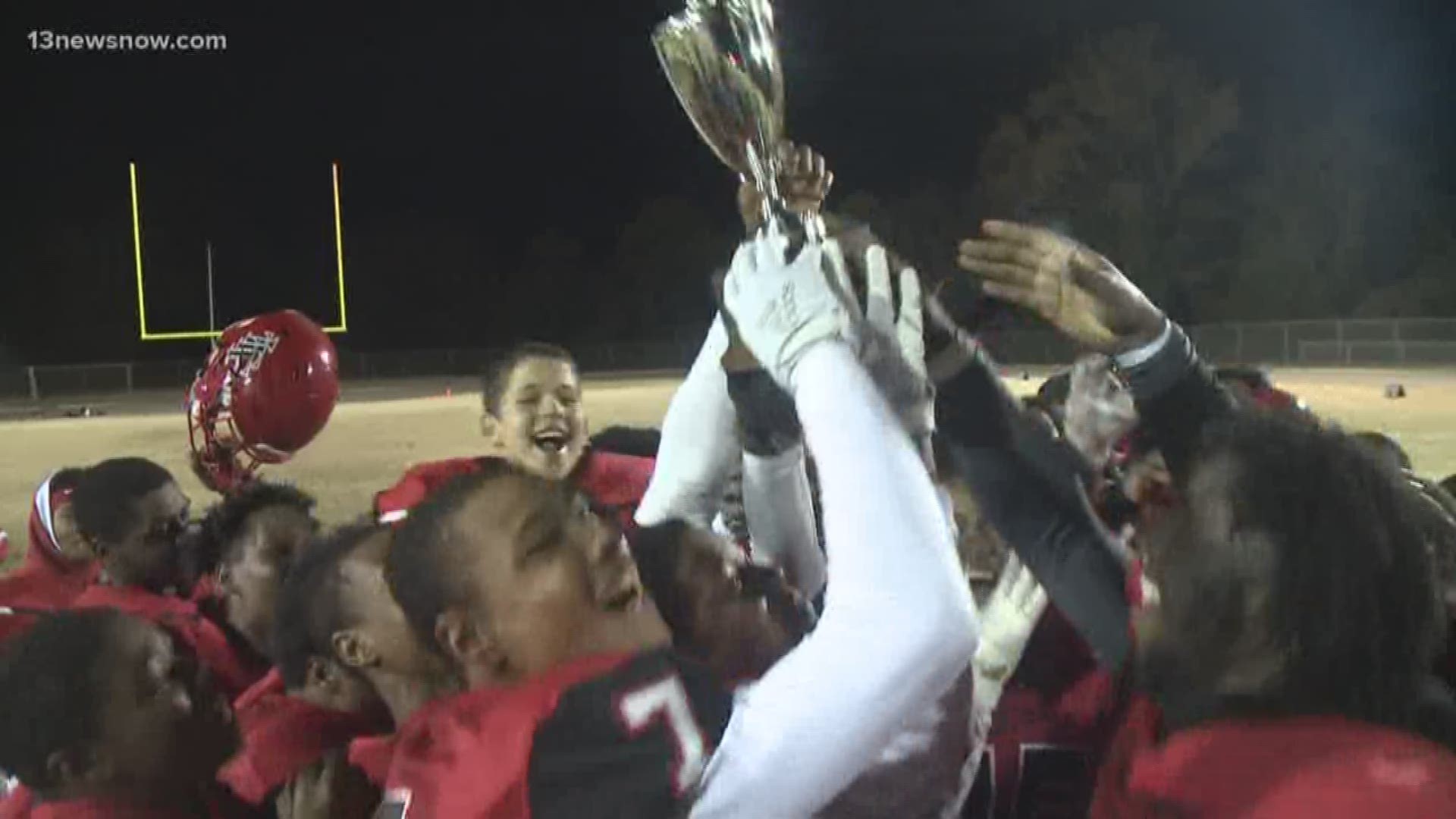 VIRGINIA BEACH, Va. — Three of four area high schools played for region titles in high school football on Friday night. In Class 5 Region A, Maury broke open a close game with Salem and won 35-14. The Commodores got two fourth quarter touchdowns, one of them from Penn State commit, KeAndre Lambert who went for a 37 yard score and gave them a 28-14 advantage. Maury now heads to the state semifinals where they will play either Varina or Manchester who plays on Saturday. The SunDevils (12-1) suffered their first loss of the season.

Lake Taylor (11-2) heads to its 5th state semis as they won big over Churchland 41-13. Quarterback, Jeff Foster passed for 151 yard to go with 3 touchdowns while rushing for another in the win. Running back, Malik Newton came up big on the ground rushing for 209 yards on 15 carries. The Truckers wrap up their season with a record of 10-3. On Saturday, Phoebus travels to Hopewell for a 2pm game in the Class 3 Region Finals.