NORFOLK, Va. — Old Dominion University will be getting a new football coach.

The school announced that Bobby Wilder, who has coached the Monarchs from the very beginning, will not be returning next season.

Multiple injuries, along with finding an answer at quarterback had led to many of ODU's struggles for this season.

They did see hope in three of their last four games on the schedule with freshman, Hayden Wolff. He had his best game last week at Middle Tennessee passing for 321 yards and a touchdown.

Despite the struggles, Wilder had hoped he would continue to lead the team he built.

"I'm a coach that poured the last 13 years of my life into this," Wilder said after the game Saturday.

"This is my baby. This is something I'm extremely proud of," he also said.

Wilder had coached ODU since the program's inception in 2009, with a record of 77-56 including a championship win in the 2016 Bahamas Bowl.

But the Monarchs have not had a winning season since, with 2019 seeing a record 11 losses in a row.

Athletic director Camden Wood Selig announced Monday that Wilder had resigned, with the Old Dominion Athletic Foundation -- the University’s fundraising organization -- buying out the last two years of Wilder’s contract for $600,000, fulfilling the terms of a deal he signed in 2017.

Selig said a national search for a new head coach will begin immediately, and he expects to have a new coach hired before the first of two national signing periods on December 18-20. 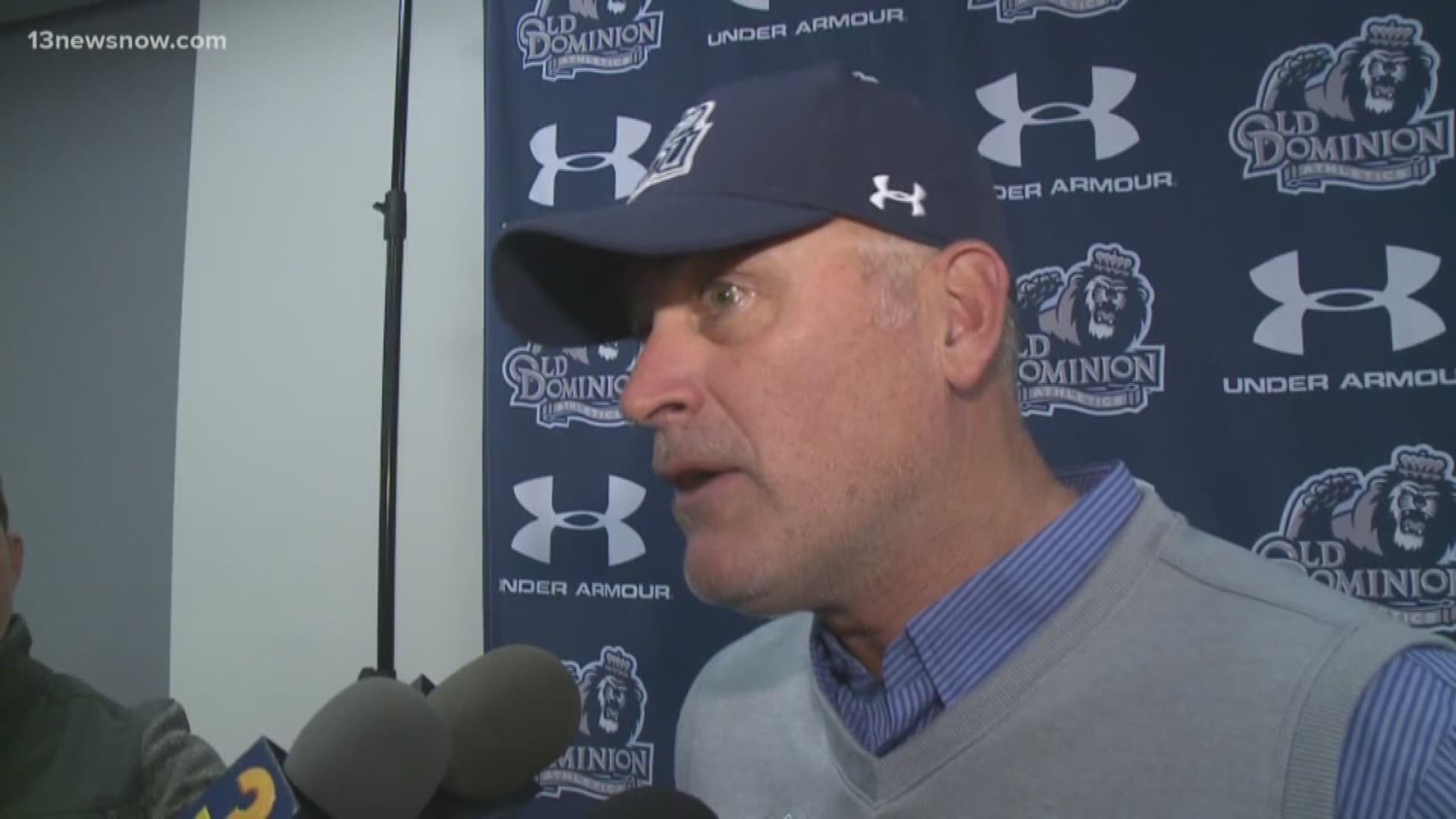