Old Dominion's first-time head coach waited an extra year for his opportunity, he plans to make the most of it 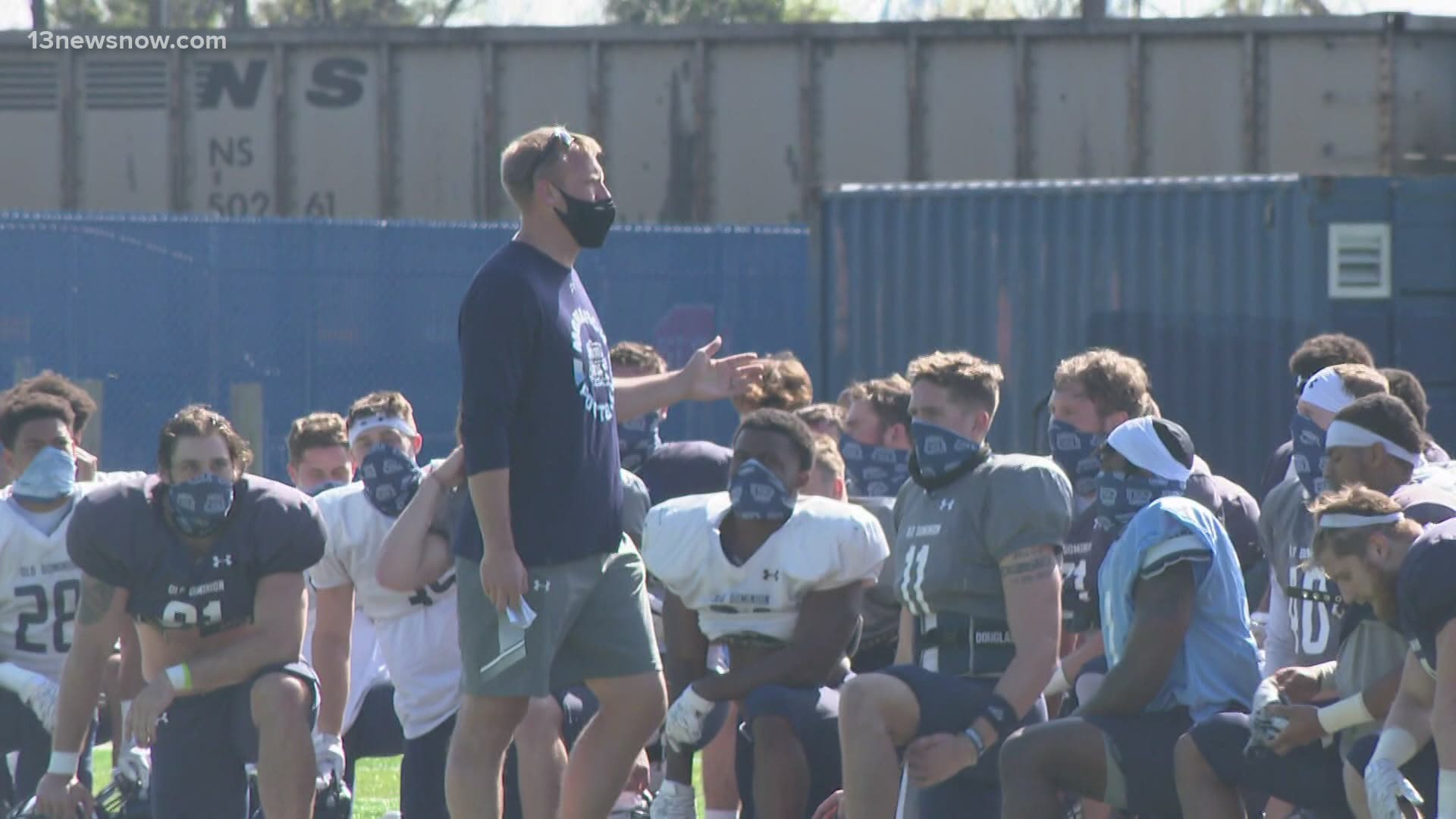 NORFOLK, Va. — Ricky Rahne had been in College Station, Pennsylvania for more than half a decade, working his way up the coaching ranks to become offensive coordinator. During that time, and at each of his previous stops, he never once ran out of the tunnel with his team.

A moment cherished in sports, but perhaps none more so than college football. The final moments before entering the arena. From a dark corridor filled with familiar teammates, coaches, and trainers, to a stadium full of so many faces they become one throbbing mob of color-coordinated passion.

Named the head coach at Old Dominion University after his successful stint at Penn State University, Rahne would finally get his run through the tunnel, not to mention his chance to run a program.

Then COVID-19 happened. His first season as a head coach canceled, his first run through the tunnel postponed, Coach Rahne has spent a year doing the endless tasks given to the head of a program, without his favorite part.

"I think the hardest part is the constant tests and constant protocol without the reward of the games. In football you get one a week, you work 365 days for anything between 12-15 games, so those games are precious," he says, citing the mental challenge COVID has brought.

Coach Rahne wasn't the only one who made the move from College Station.

"The only thing that compares to the love I have for my wife and my two kids and the rest of my family would be the love I have for the game of football," Rahne says. Two boys, ages 9 and 12, along with his wife, the one he calls the glue of the family, made the move south with Rahne.

His team came together while his family grew into the area, now Coach Rahne is hoping you'll join the two groups he loves most on Saturdays at S.B. Ballard Stadium.

"I'd love for the entire Hampton Roads community to get behind Old Dominion football, ticket prices are extremely reasonable. I can guarantee we have a team that's going to play extremely hard and make you proud. You will leave the stadium and be proud of the type of product ODU is putting on that field."