Team President: Washington Football Team's name will not be 'Warriors' 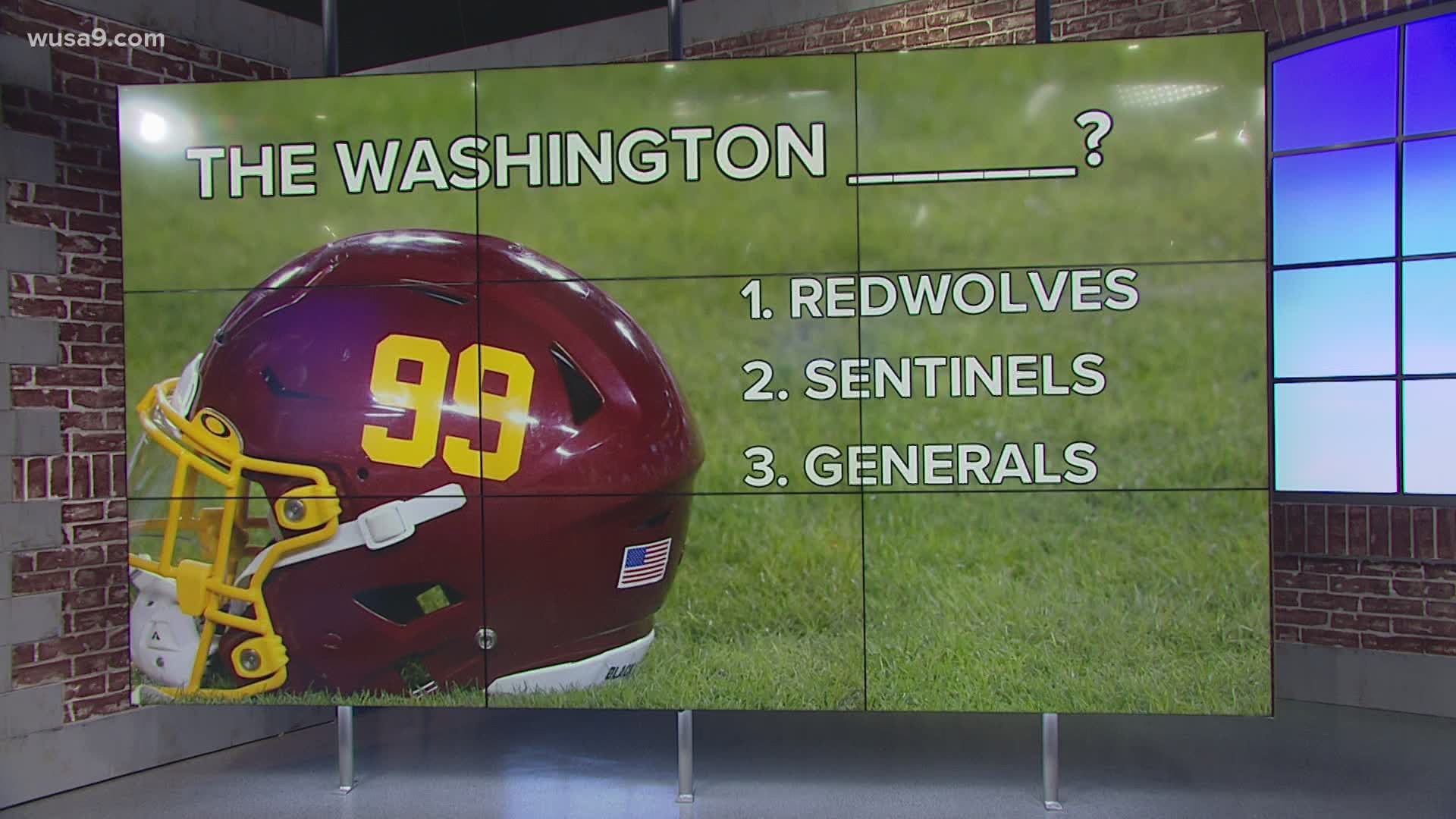 WASHINGTON — Looks like the chances for the Washington Football Team to be named "Warriors" is no longer in the running.

The team's President Jason Wright said that they decided to eliminate "Warriors as a name choice because it too closely aligned with Native American themes.

Wright said after much research and communication with different groups and Native American leaders, using "Warriors" would not be the best choice considering that "context matters."

"Feedback from across communities we engaged clearly revealed deep-seated discomfort around Warriors, with the clear acknowledgment that it too closely aligns with Native American themes. Such an embrace of potentially Native-adjacent iconography and imagery would not represent a clear departure that many communities have so forcefully advocated for us to embrace and that frankly, we set out to do when we started this process a year ago," President Wright said in his weekly brief.

Wright said the goal for a new name is to "unite us"  and hopes the future name choice will bring the DMV together.

The WFT is working to rebrand and is now down to a short list of final names.

"As a team, we are confident that our new brand identity will honor our legacy and lead us into our future as a franchise," Wright said.

The Washington Football Team will release its new logo and name in 2022 but will be keeping the Burgundy and Gold colors it's worn for decades, according to The Washington Post when it spoke to team president Jason Wright.

A new name and logo likely won't hint at where Dan Snyder and his associates would want to put the team --- D.C., Maryland, or Virginia --- but who knows if an announcement isn't down the road in the near future.

Fans can keep up with the latest news about the name change on the team's additional public relations website (WashingtonJourney.com)

Our journey to a new identity continues, but one thing is clear:

Moving forward with no ties to Native American imagery is the right path.