Former Crabber, Taylor tabbed to be starting QB for Texans

Tyrod Taylor signed a one year deal with Houston after spending the past 2 years with Los Angeles Chargers. 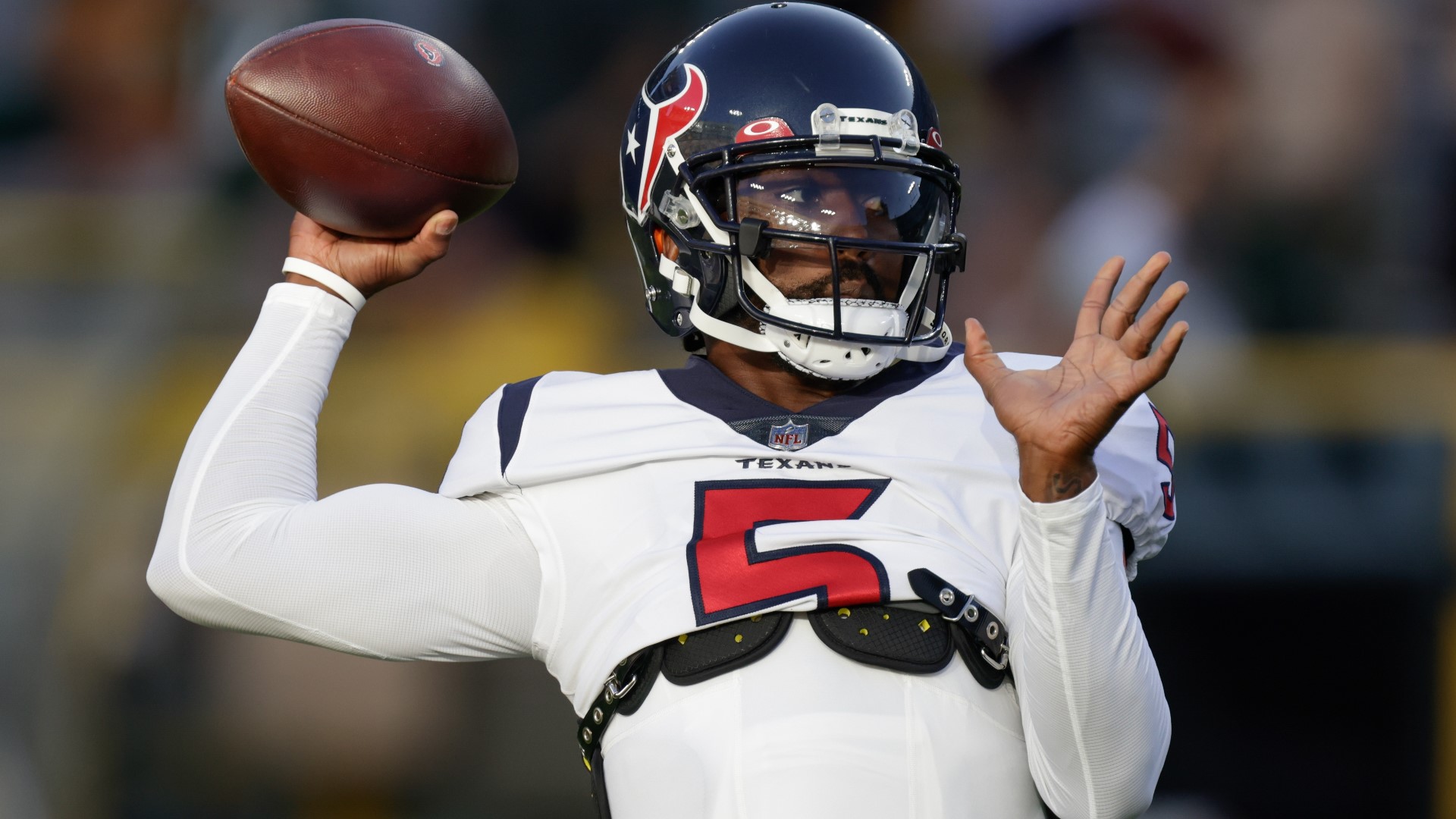 As expected, Tyrod Taylor got the news plenty of folks were expecting. "Well, Tyrod Taylor is going to start for us at quarterback, for sure,"  his head coach David Culley said in a Monday afternoon press conference.

The former Hampton High school and Virginia Tech standout, has played in the NFL 10 seasons, most recently with the Los Angeles Chargers.  3-time Pro Bowl quarterback, Deshaun Watson is also on the Texans 53-man roster, but is expected to be a healthy scratch for Houston on game days. Watson continues to face 22 civil lawsuits from women alleging sexual misconduct or assault. He also demanded a trade during the offseason and was mostly held out of the team's training camp practices.

Taylor, 32, while with the Chargers, completed 16 of 30 passes for 208 yards as the Week 1 starter, but he was sidelined the following week when a doctor accidentally punctured his lung with a pain-killing injection for an injury.  It would open the door for rookie first-round selection Justin Herbert who took control of the starting job by the time Taylor was healthy.

Taylor has made 47 starts in his career and has passed for 9,770 yards with 54 touchdowns and 20 interceptions. The Texans open the season Sunday at home against Jacksonville.