The 85 year old has toured ballparks around the country over the past several years telling his story of the Negro Leagues. 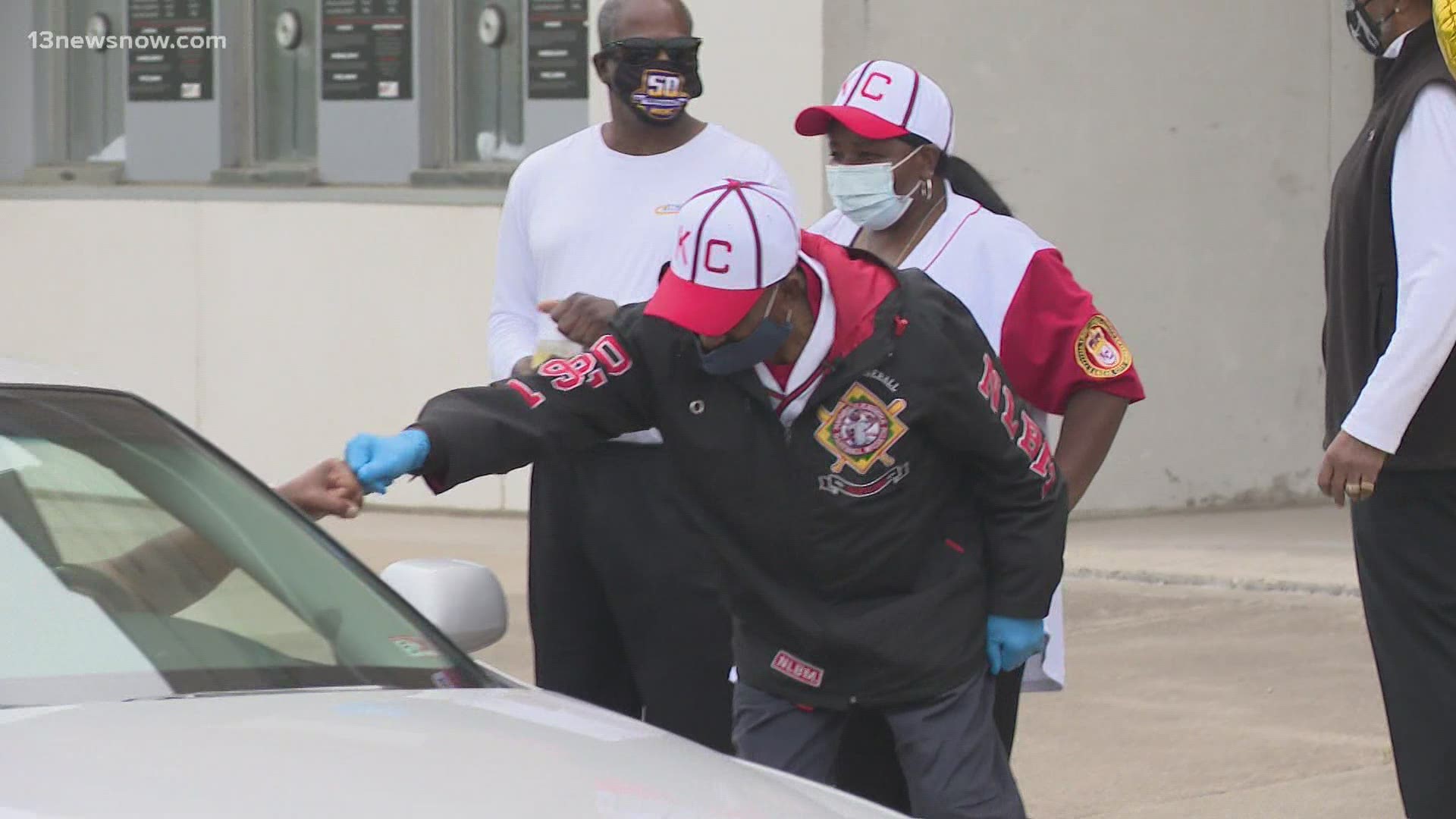 NORFOLK, Va. — As we all get older, sometimes you might think there's a time to shut it down and take it easy. Not the case for former Negro League baseball great, Sam Allen. He continues to keep it movin'.

Family, friends and fans honoring the 85 year old with a drive by of cars honking and wishing him a happy birthday on Saturday. Allen says couldn't have fathomed being celebrated so much. "At one time I didn't have an idea years ago, if you had told me that I would receive all of these accolades now I wouldn't believe it", he said.

His daughter, Avanti Allen-Benson along with grandsons, Donovan and Gregory have taken part in his version of a second act at baseball. "I love the fact that he's able to get his roses while he's still alive so that is he's living his best life right now", she says.

The attention has been a long time coming for the former Kansas City Monarchs. He spent two seasons with the team from 1957 to 1959. Over the past several years, he's had to tell his story at various ballparks across the country. Allen's schedule will be picking up as the current Covid-19 pandemic begins to slow down. He's hoping to take part at this year's Major League Baseball All-Star Game at Coors Field in Denver, Colorado. "It makes me look forward to tomorrow you know and makes me feel young."

Allen-Benson is proud of her father's legacy and the impact on the next generation. "It's not just a jersey anymore", she says. "There's meaning behind this jersey so we know there were players like my dad who could have been in the major leagues, but life had its ways. It's coming full circle."