After 54 years, University Hall at the University of Virginia was demolished on Saturday before former Cavalier greats and fans. 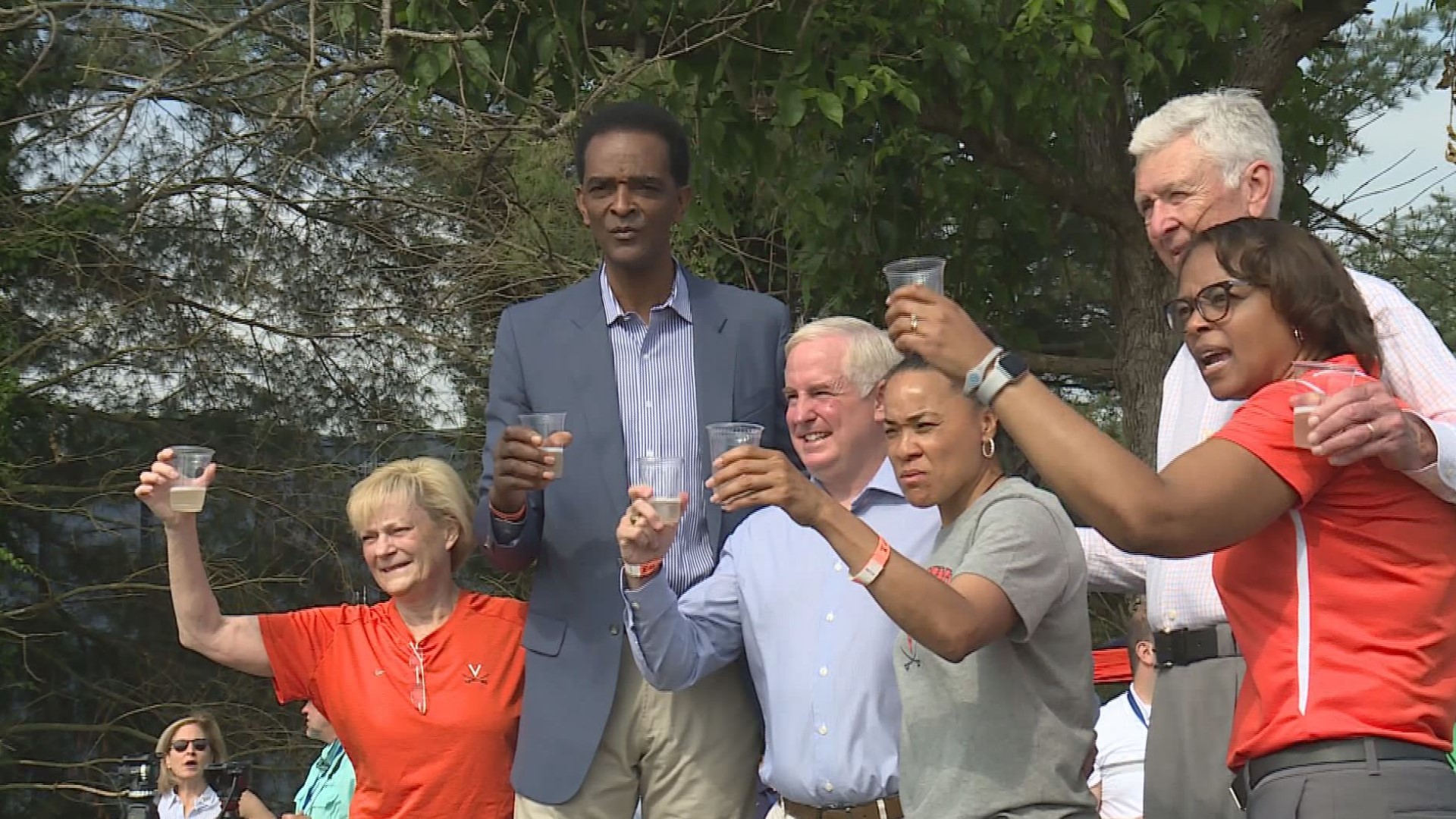 CHARLOTTESVILLE, Va. — Before the John Paul Jones Arena came into existence at the University Of Virginia, University Hall at its peak was the place to be. After opening in 1965, it would close 13 years ago. On Saturday. U-Hall would be no more. It was demolished in front of former basketball greats like Ralph Sampson and Dawn Staley. "It's a sad day, I call it a funeral, it's the death of a great building, but it's the birth of UVA athletics in a new generation" said Sampson who was a 3-time college National Player of the Year. It's an amazing ride to have some of those guys here and I couldn't come here and implode this building without those guys."

Staley, who's won a national title as a head coach at South Carolina, felt the same way. "It is something that is etched in our hearts. The fans and all the people that made this a special place to walk into everyday and feel good and it created smiles." Staley herself, was a 2-time National Player of the Year.

Old Dominion assistant coach, Bryant Stith was also on hand. He's the Cavaliers all-time leading scorer. "Any time that you close one chapter you have a chance to open a new one. Although I'm sad to see University Hall go, I'm very excited about the future of Virginia basketball", he said. The Hoos basketball teams played nearly 1,000 games in the old building.