Among the winners were Booker T. Washington, Kempsville and Maury. 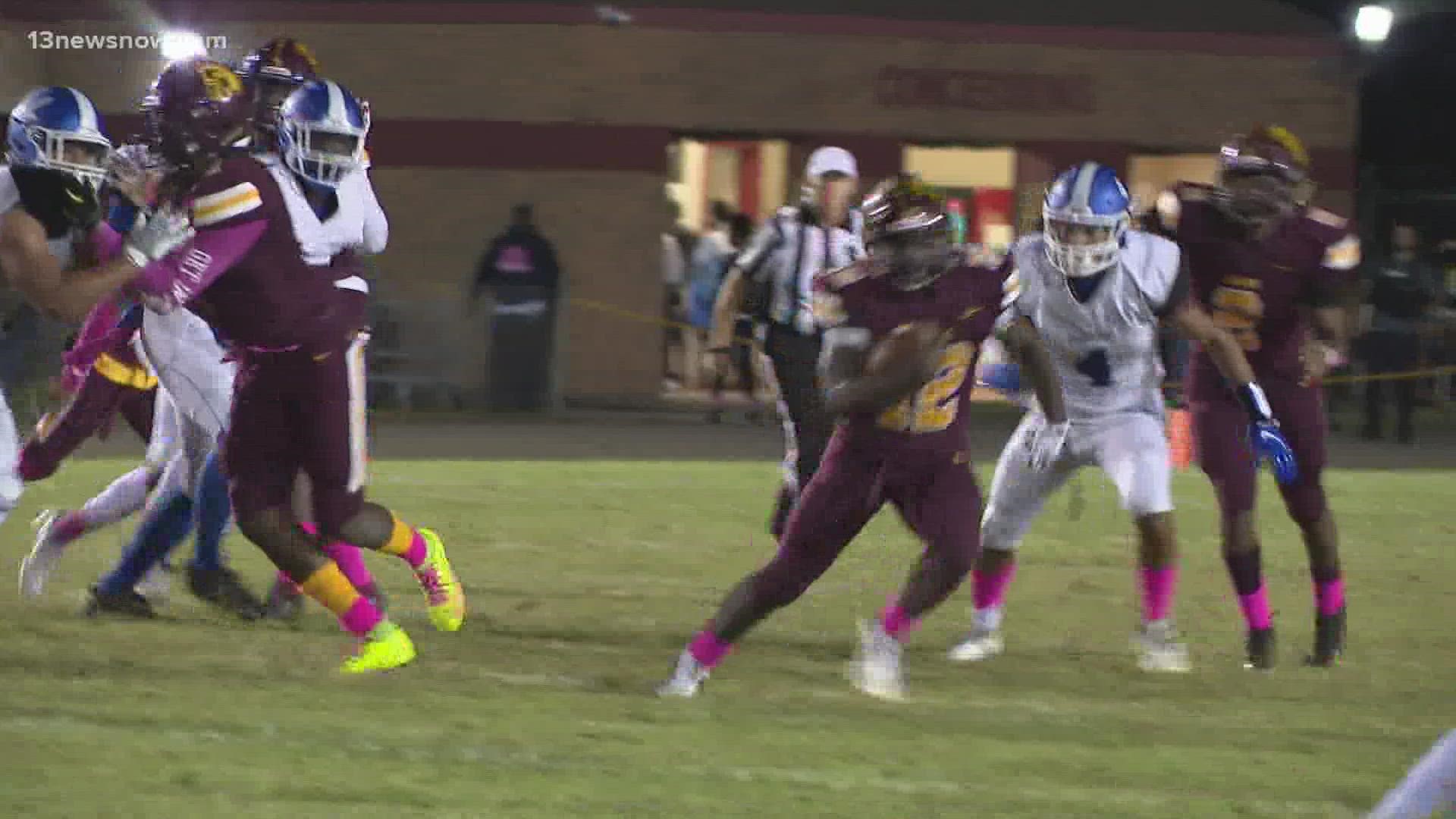 Now that we're seven weeks into the high school football season, we've got an idea of who's great and who's not. Booker T. Washington is making a case for one of those teams to look out for in the Eastern District. Fresh off their blow out win over Lake Taylor a week ago, the Mighty Bookers had just enough to hold off Norview Friday night care of a Frederick Fuller short quarterback keeper as they won 16-6.

Maury had a dominant effort against Churchland as Peyton Jones had 8 carries for 145 yards and a touchdown as the Commodores (4-1) won over the Truckers 48-13.

Kempsville got its first win over Ocean Lakes since 2005 as they won over the Dolphins 36-21. Chiefs junior running back NaiQuan Washington-Pearce had 134 yards to go with three touchdowns as they improve to 4-1.