Green Run stakes their claim as best in the beach 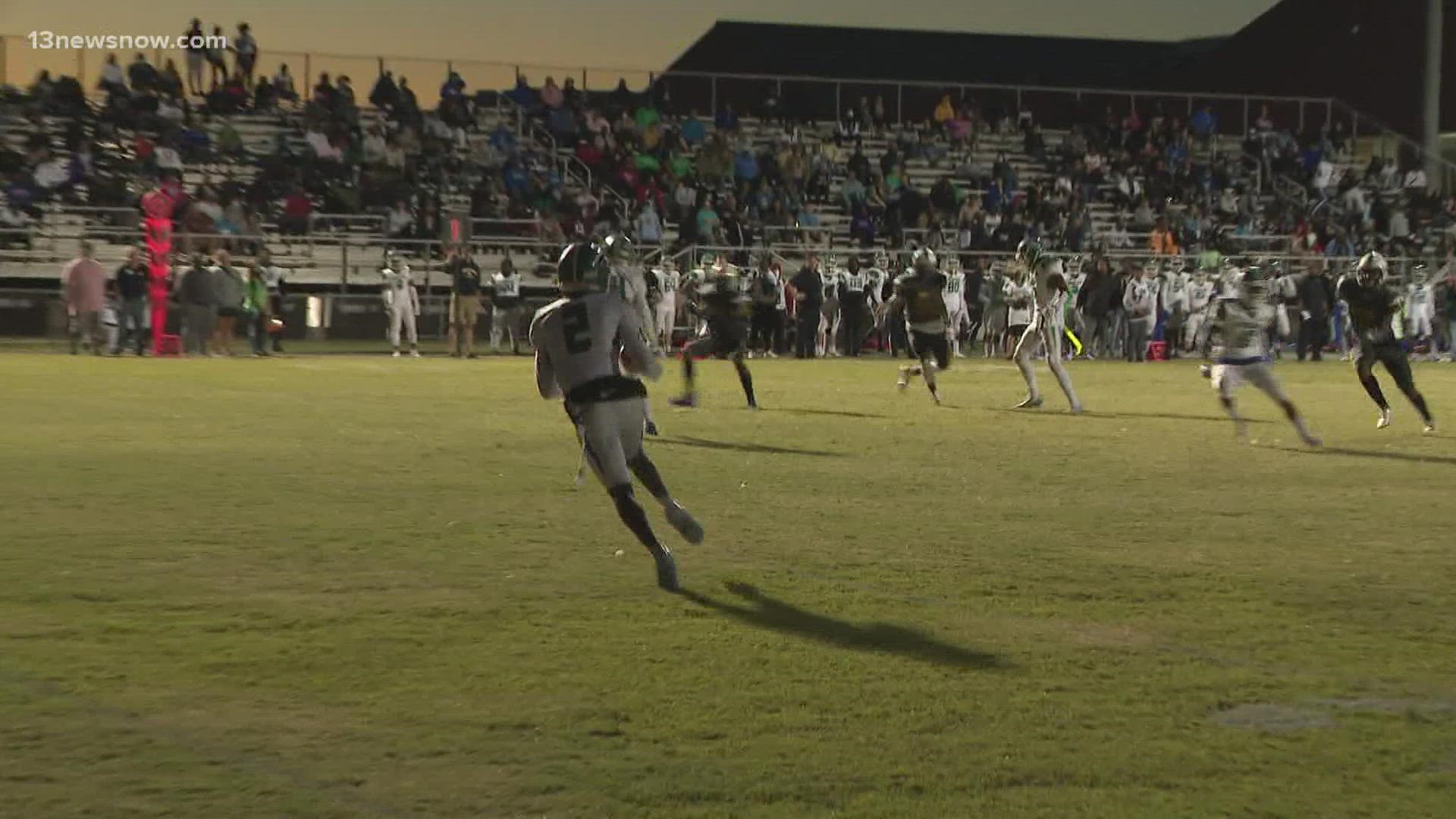 Just two Beach District teams remained undefeated heading into October. The Green Run Stallions explosive offense full of Division 1 prospects had buoyed them to a 4-0 record, while a stingy defense kept the loss column empty for Ocean Lakes. Something had to give, and it wouldn't be the Stallion offense. Twenty seven points marked a season low, but that number is deceiving. Ocean Lakes didn't throw a pass all game, hoarding clock and putting up some points of their own. In the end, Green Run prevailed 27-12 to take sole control of the District.

Oscar Smith got 3 touchdowns from Keyvon King as they shut out Indian River 42-0. Churchland dispatched Grafton 66-14 at home.