The Game Of The Week had York win over Warhill as the Falcons clinched the Bay Rivers District title. 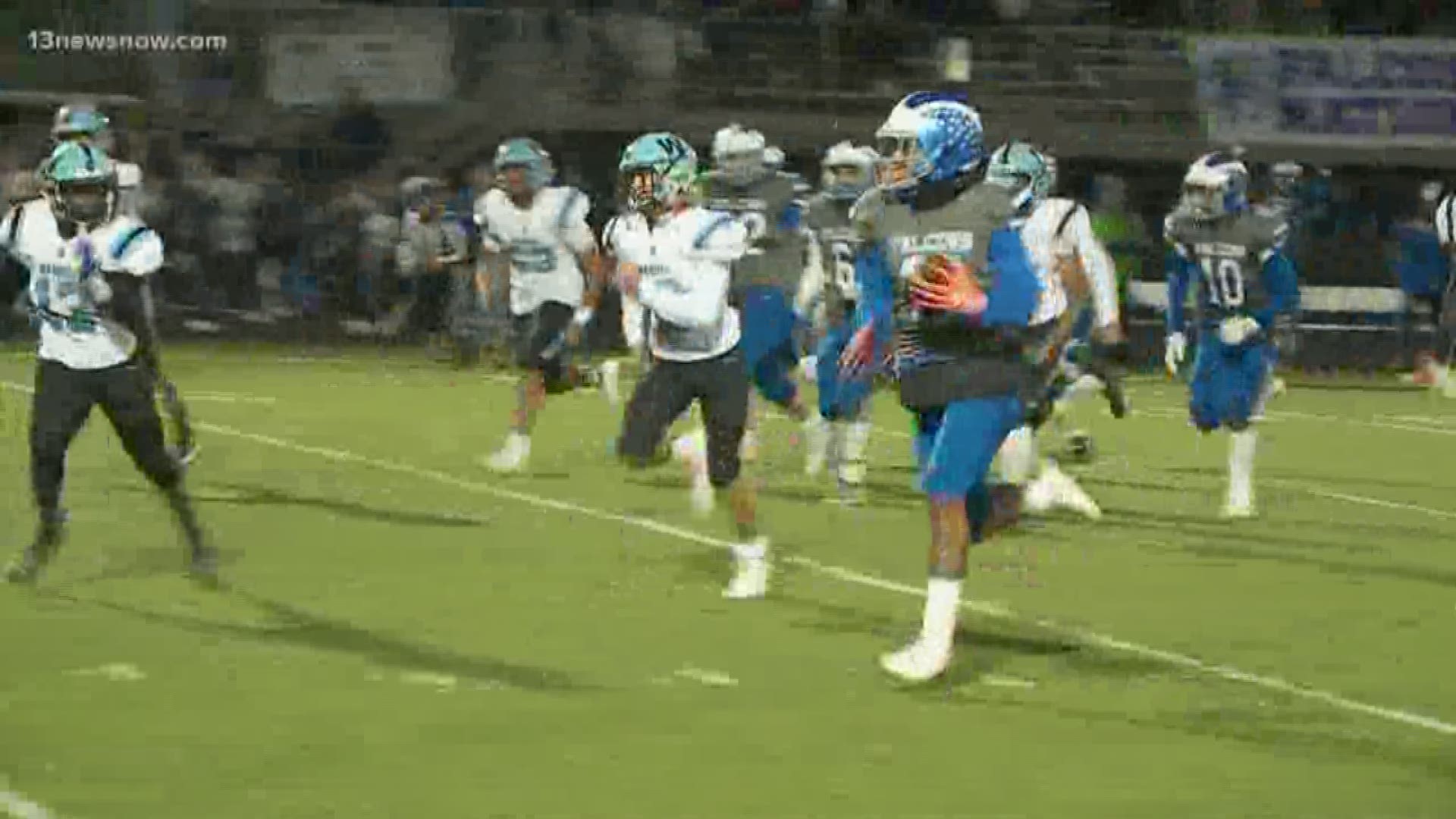 YORKTOWN, Va. — In a battle of unbeatens in the Bay Rivers District, it was York getting the better of Warhill 35-28. The win gave the Falcons their first district title since 2011. Jayden Flood-Brown led York (9-0) with 156 yards and a score as they handed the Lions (8-1) their first loss of the season.

Among the winners in the Beach District, Princess Anne's, Tychaun "Doc" Chapman had three touchdowns as the Cavaliers spoiled Senior Night for Landstown by a final of 28-19. Cox edged Green Run 28-21. Other winners included Maury, Norfolk Academy, Western Branch and Salem routing Bayside 49-0.