Justin Fuente and Hokies stay on their toes

Virginia Tech football game with NC State has been moved to September 26 after Covid outbreak for Wolfpack. 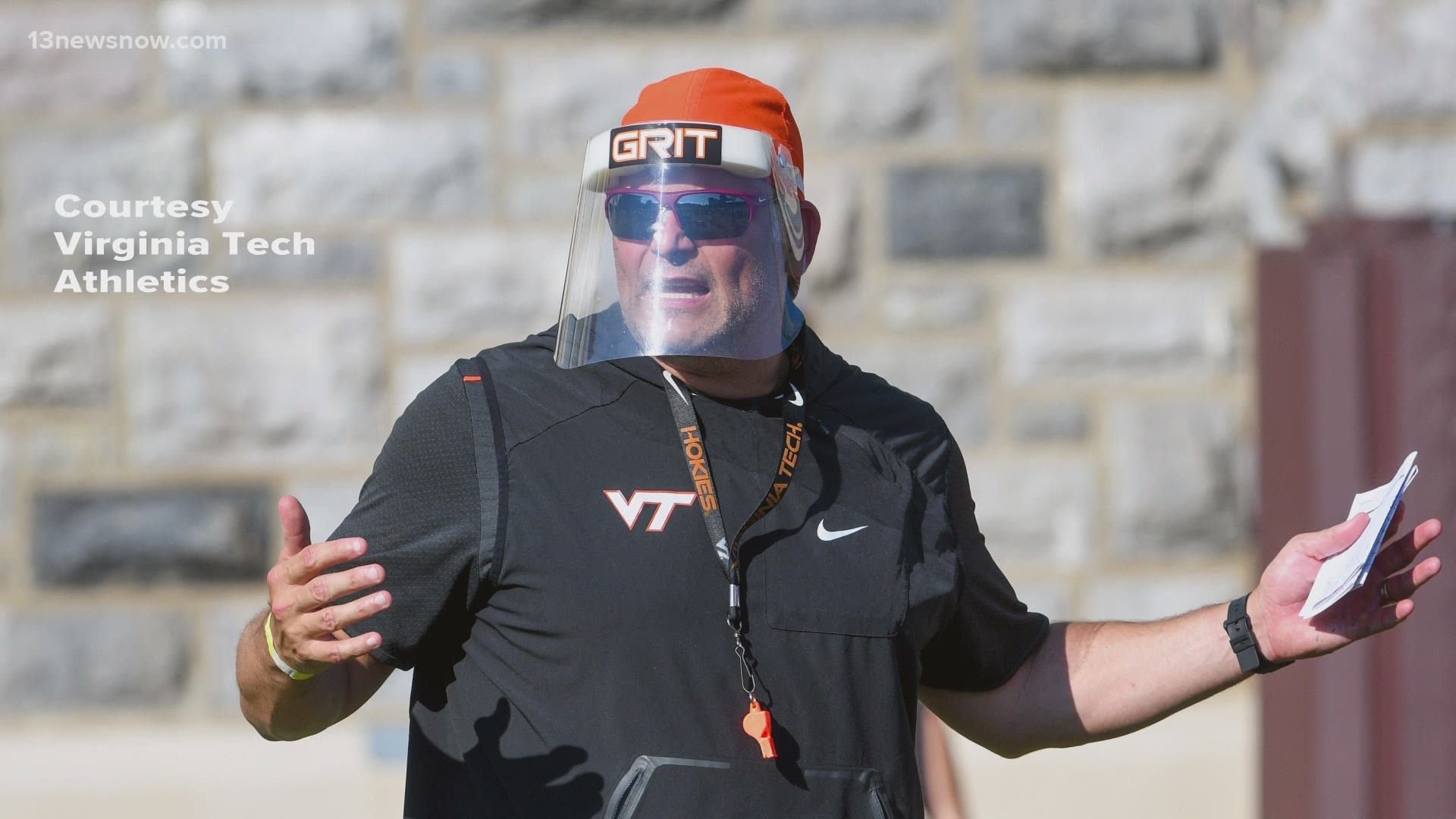 BLACKSBURG, Va. — Just add it to the list of changes for 2020. Virginia Tech's was scheduled to open their football season with N.C. State on September 12. That game has been moved to September 26 after a Covid-19 outbreak in the Wolfpack athletic programs.

In a zoom interview on Monday, Hokies head coach Justin Fuente reiterated that each day can bring something new, "You walk off the practice field and you're just waiting for the new news that's happened. It's not a daily thing. It's almost an hourly update. I think that's going to be the normal."

Speaking of getting back to some level of normalcy, the students have returned to campus in Blacksburg. Of course, the vibe is a little different than usual. As Fuente says, "This is supposed to be the most optimistic and fun time of the year. I know fall camp can be a little bit of a grind, but the weather is usually really nice. There's the thought of a potential football season, whatever that looks like. There are freshman going to college for the first time. There's just a lot that comes with this time of year."

If they do get to playing football, the first game of the season now is the September 19 matchup with Virginia in Blacksburg. Of course, Fuente will be ready if that changes, too.