High school seniors get a chance to play non-tackle football this fall at the Sportsplex in Virginia Beach. 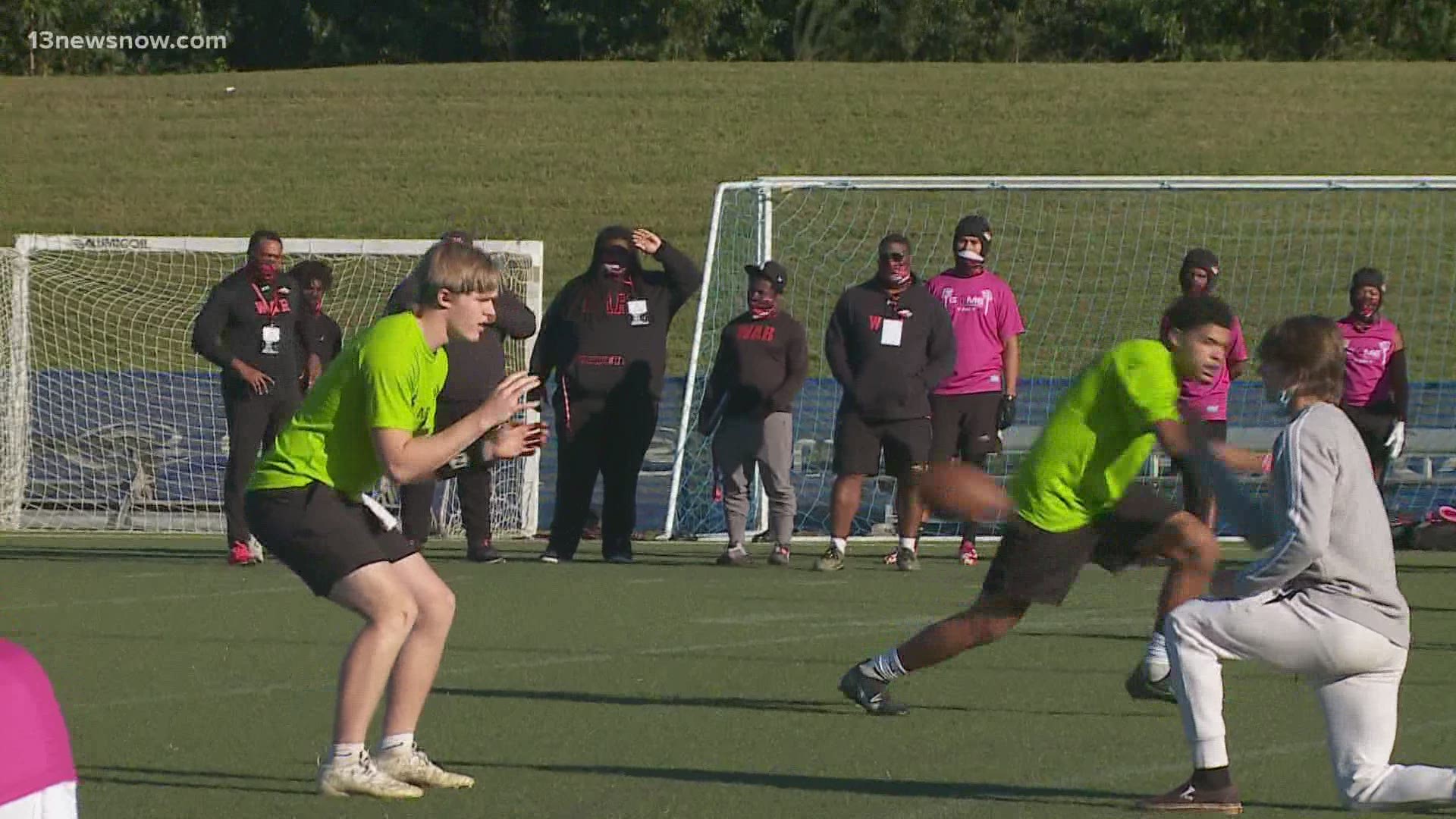 VIRGINIA BEACH, Va. — It's not the Virginia High School League, but it is high school seniors. It is Friday night football. It is the Game Academy 7-on-7 football season.

24 teams from around Hampton Roads get a chance to play two games of non-tackle football on Fridays this fall.

Zohn Burden runs Game Academy and is the man behind the 7-on-7 league. Burden was a longtime assistant coach at Virginia Tech and ODU, so he knows college coaches are always looking for ways to recruit.

Thanks to the pandemic, high school seniors won't get a chance to play until March which is after the February National Signing Day. The 7-on-7 league gives them an opportunity to showcase their talents.

Burden says, "We have videos and livestream going out to college coaches. We're making highlight tapes of every game, so the kids are excited. It's a fun atmosphere."

So far it's been a big success and as Burden notes, "It's all the feel of Friday night football, except the helmets and shoulder pads."