Getting ready for first ever Recruit 757 Kickoff Classic

Maury vs Bethel and Lake Taylor vs Phoebus in a doubleheader at Darling Stadium. 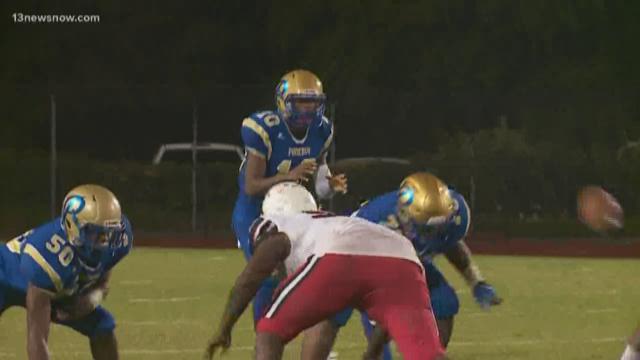 HAMPTON, Va. — Sounds like a great way to start the high school football season. Get ready for the Recruit 757 Kickoff Classic. It's a football doubleheader at Darling Stadium on Saturday August 31. Maury and Bethel kickoff at noon followed by Lake Taylor and Phoebus at 4pm.

Recruit 757 is a local company that tries to make it easier for high school athletes to get into college. They are teaming up with Men's Huddle International to put on the contests.

Men's Huddle is headquartered in Newport News. They are a community service organization. Their director, Larry Hales says, "We do outreach programs. We use football as an analogy to bring both men and boys together so that they can learn from each other. More important, our foundation is built upon character."

Two games for the price of one. $10 for adults and $6 for students gets you into both games.