Ernie Els was once the best in the world at what he does. But being a golfer is secondary to his role as a parent and the role he plays in his son's community. 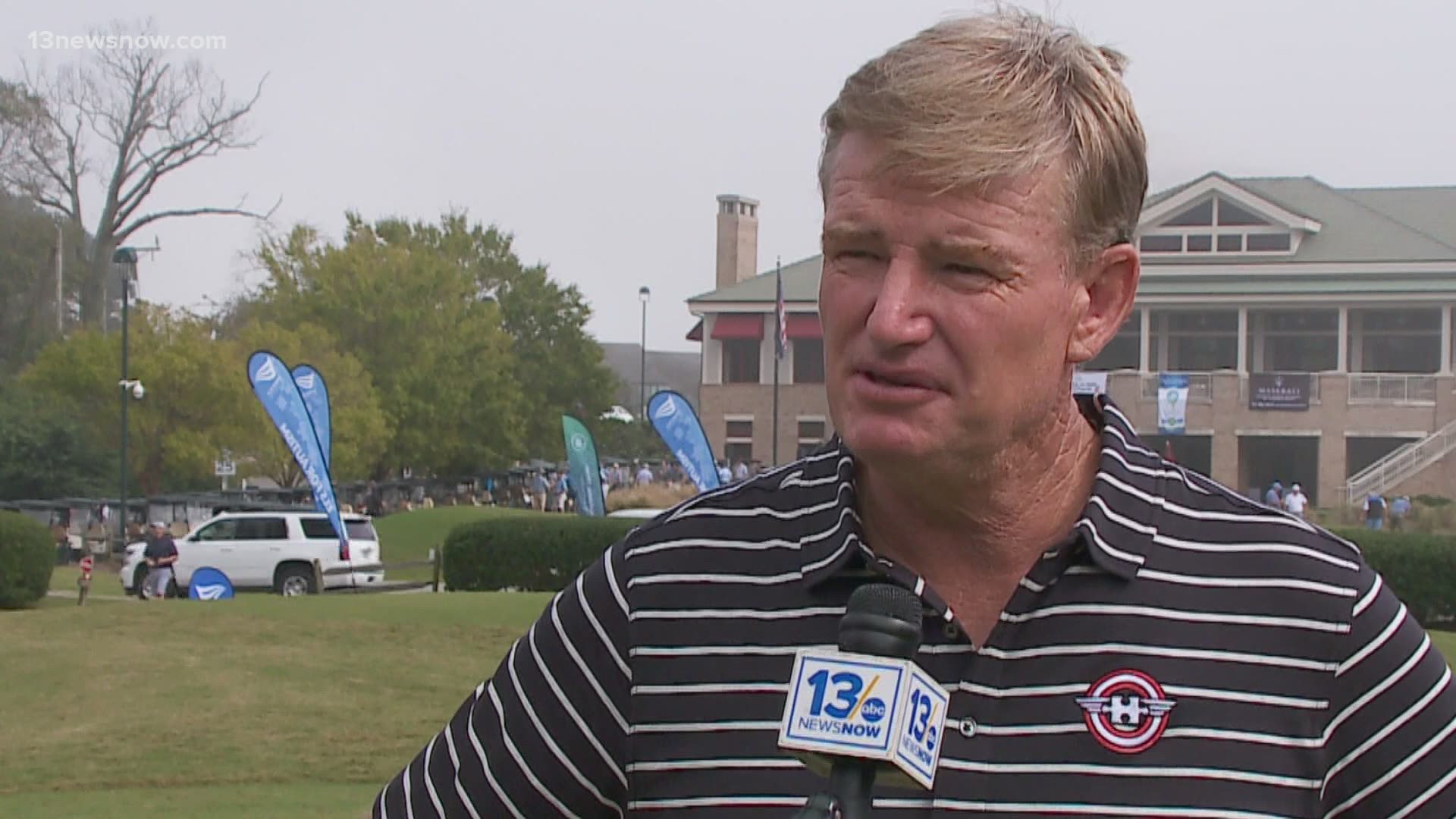 VIRGINIA BEACH, Va. — "It's not one sentence, it's a long, great journey."

One sentence wasn't enough for Ernie Els. When you're a four-time major winner, former number 1 golfer in the world, and all-around one of the best golfers of your generation, a sentence isn't much.

Only that answer wasn't about golf. No, Els has a much more important job than being a Hall of Fame golfer.

Els' role as a father has turned into a pillar in the autism community. First a school in Florida, and then an annual Els for Autism Pro-Am Invitational, which has already raised millions for the community.

While Els talks golf with those who paid to be in the presence of one of the greats, he brings each interview question I asked him back to the real reason he's here today.

It was no different when asked what he'd tell aspiring golfers: "See what your weaknesses are, work on that, just like in autism, enjoy the journey."