'You have to be willing to risk it all for your team': Gonzaga students fly to Indianapolis in search of NCAA tickets 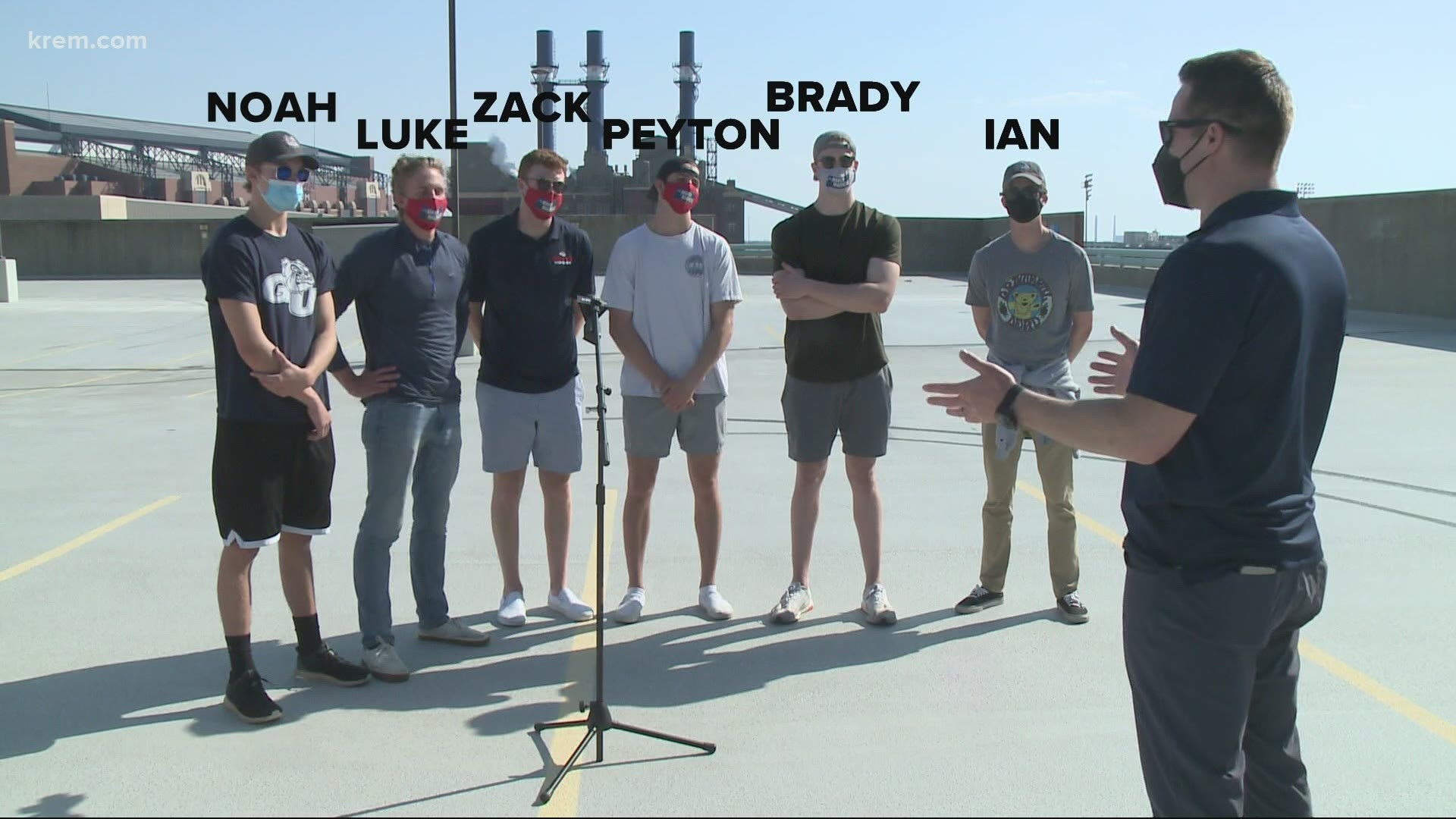 INDIANAPOLIS — When a half-dozen buddies studying at Gonzaga realized their school’s basketball team had a shot at a national title, they decided to book flights and hotels in Indianapolis for the NCAA tournament.

They decided to make the trip anyway, hopeful they’d score tickets once they arrived.

”And, we were like, you know what? We’re going to book it.  We’ll just do it,” said Brady Rohnkohl.

He and his five friends, all juniors at Gonzaga, were in. COVID-19 restrictions kept students and fans out of the McCarthy Athletic Center on Gonzaga’s campus all season, so they decided to take make the trip for a shot  at watching the nation’s No. 1 ranked team play in the NCAA Tournament.

”You know what? I was confident. We have two great friends right over there. They seem to make something happen out of nothing, so I was confident those two would work their magic and here we are,” said Ian Casey.

“And, we landed and we made a connection on the airplane. We made 3 connections waiting for our bags at the baggage claim, and kind of just over and over, we just kept hearing these stories from Gonzaga fans,” said Zack Dwyer.

“At some point you have to willing to risk it all for your team,” said Luke Busby. “Cash, energy, time, class, you know? We just sent it.”

Their gamble and the countless calls, emails and pleas paid off.  The day after they arrived in Indianapolis, the group of friends got the text message they’d been waiting for.

Turns out, the story of their predicament made it all the way back to Gonzaga’s campus, where Dwyer said a university employee secured them tickets.  Even better: they weren’t marked-up. Rather, they paid face value: $209 dollars per ticket.

“I got the text saying, 'I’ve got six tickets for your guys. You’re going to the game.' And I just kind of ran over to everyone and we started jumping around and going crazy,’ Dwyer said.

Not only did they get tickets for Saturday’s Final Four game, they also secured tickets for the national title game.

In the process, they also secured a heck-of-a story.

“Oh yeah, I’ll be telling my kids and grandkids this story one day," said Noah Hamlin “This was awesome.”