Ginny Brown was the Wildcats cheerleading coach. Everybody called her Big Red. She passed away in February. 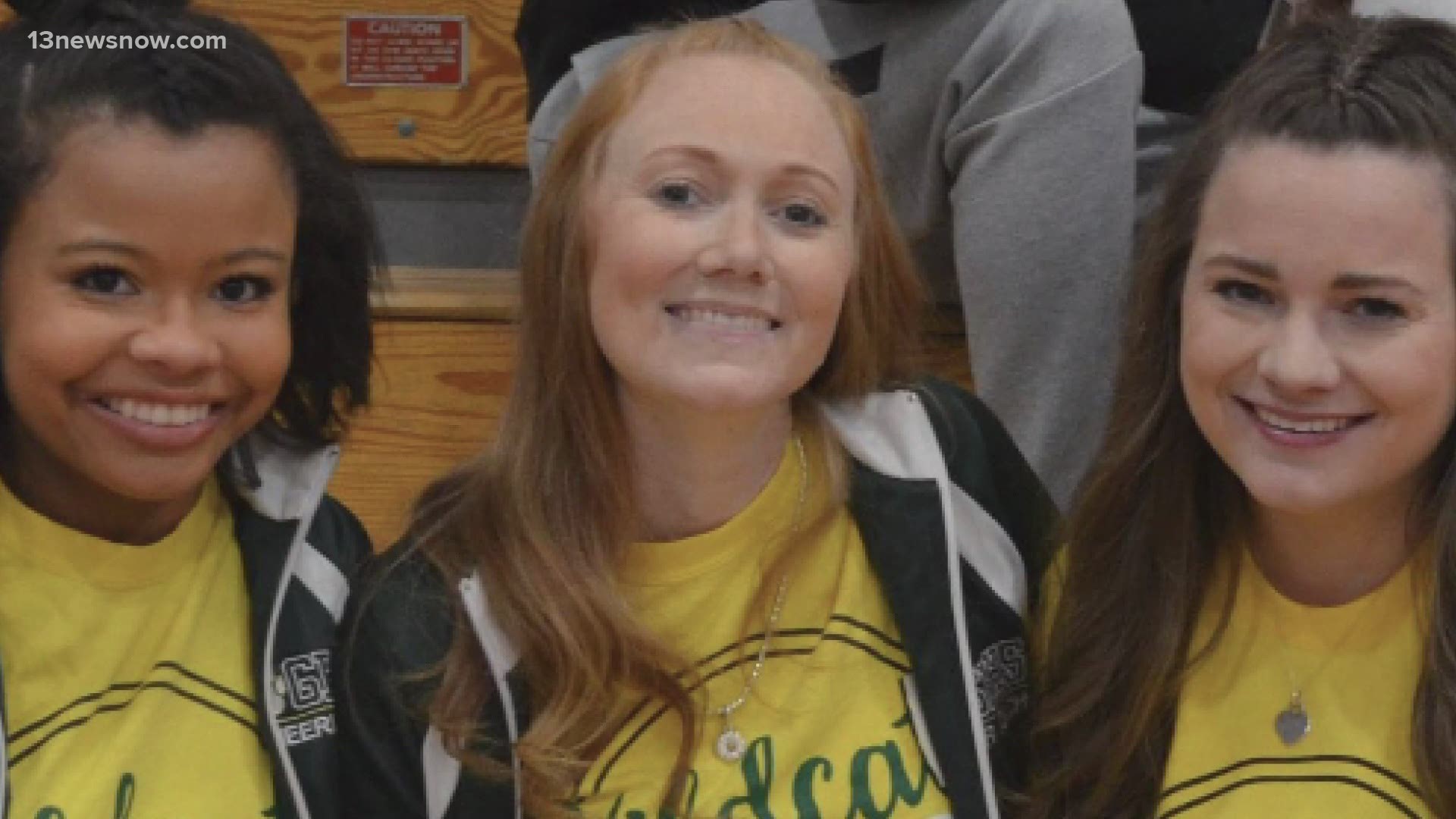 CHESAPEAKE, Va. — What an emotional journey it's been for the Great Bridge High School cheerleading squad. Barely two months after their coach passed away, they won their first-ever state championship last weekend.

That coach, Ginny Brown, was a fixture in the Great Bridge community. She had been fighting melanoma and died on February 12 of this year.

Everybody called Brown "Big Red." Her cheerleading squad was determined to make her proud.

In case you were wondering where that nickname came from, Lee explains, "Her big red hair and her beautiful personality. That is who Big Red was. There's nothing more that she loved than her daughter and the cheer team."

Cannon said winning for Big Red was the driving force this season.

"We found our 'why,'" Cannon said. "We found why we were competing. It was because we wanted to fight like Big Red. She is the whole reason for the season."

Cheerleader Bethany Gordon, a senior, added, "Because we're all just like one big family, there was no drama. We all just worked very well together. We're all very determined all because we were pushing hard for Big Red and her dream."

We are used to seeing these girls cheering on the sidelines, but competition cheer is a different kind of experience. Cheerleader Alleena Meadows puts it best: "It's like all-star cheer. It's like your going against other people. You pretty much stunt, tumble, jump, all of the above."

Kya McFadden, another senior cheerleader, says you have to be up for the challenge. "It's a lot of endurance mentally and physically."

The championship is dedicated to a very special coach and person. Big Red continues to have an impact.

We'll give cheerleader Hannah McAndrew the final word: "It's something you don't get to experience often and this year was life-changing, honestly."