The Crabbers won 25-14 over Menchville making head coach, Mike Smith the third ever high school coach to have 500 career wins. 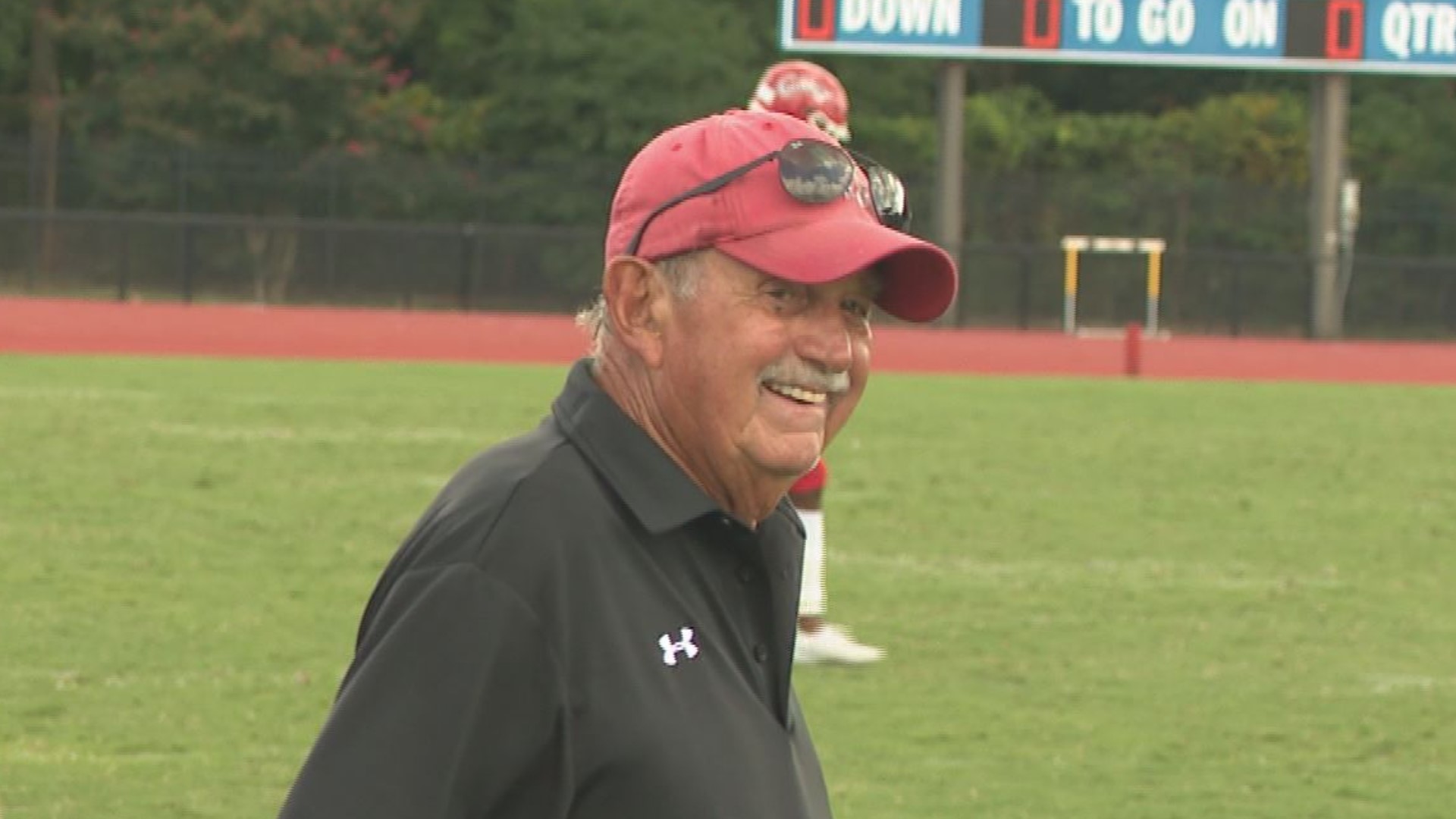 NEWPORT NEWS, Va. — Mike Smith's first win as a high school football coach was in 1971. A gallon of gas was .36 cents. Plenty has changed since that time. 498 wins later, his Hampton Crabber squad got their legendary coach his 500th on Saturday as they won 25-14 over Menchville from Todd Stadium. "It means I've been coaching a long time! It's a family thing. Family with all these other guys," said Smith after the win. He becomes third high school football coach ever to get 500 wins to go with his 12 state titles.

Hampton jumped out to an early 6-0 lead on a Davione Williams 59 yard touchdown on a double reverse . Menchville countered with Kevin White's 13 yard quarterback keeper to take a 7-6 advantage into halftime.The Crabbers retook the lead for good on a pair of Marcus Triggs touchdowns to seal the game. Smith described what Crabber pride meant for his 51 years of coaching meant to him. "I always thought character and being a good teammate and be a positive citizen when you come out of here. If you can't take some social values out of football, then you've lost the meaning of it."