How has Washington's starting QB developed from his rookie season? He tells us. 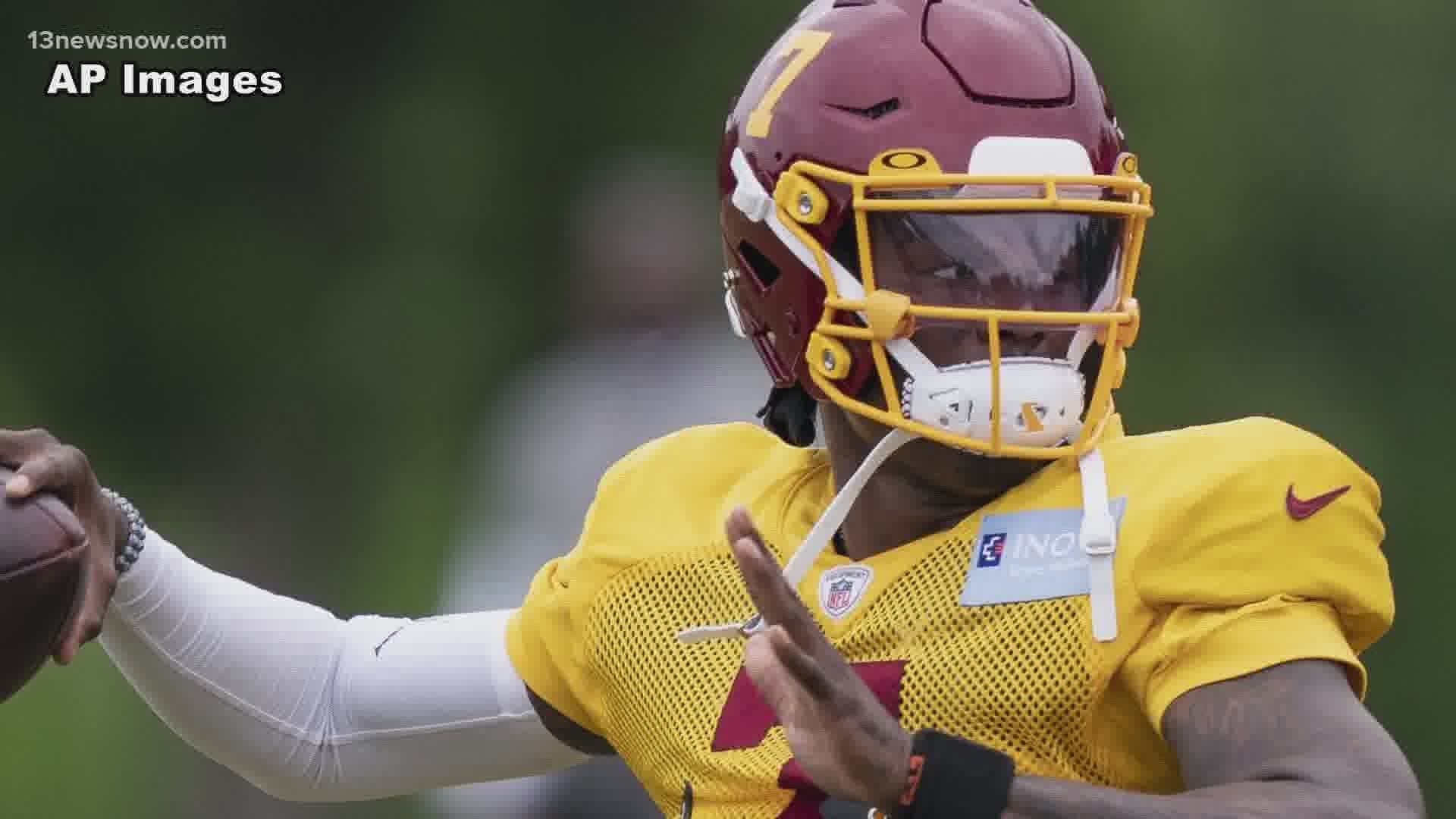 ASHBURN, Va. — Now we know Dwayne Haskins' secret. He plays chess in the off season. Apparently he is really good at it and can figure out how it relates to football. For instance, he says, "Knowing how to castle, knowing how to do certain maneuvers to win in 8 or 10 moves and finding ways to think ahead of the person you're playing. It's like playing quarterback. You don't want to be in a position where you're caught reacting. You just want to be able to anticipate what's going on."

Washingon opens their season this Sunday at home with the Eagles. Last December, Haskins had something of a breakout game against Philly. There was definite growth for him the second half of his rookie season.

Now in his second year, Haskins feels like he's developed a great deal in several areas. He runs down the list, "To control the offense. The energy that I bring to practice is better, way better than it was last year. Just my demeanor over all. Me having more confidence in myself to go do what I have to do as the leader of this football team and the offense."