Heartbreak for Hokies in overtime with Florida

Despite a game tying Nahiem Alleyne 3-pointer with 1 second to go, VA Tech lost in overtime 75-70. 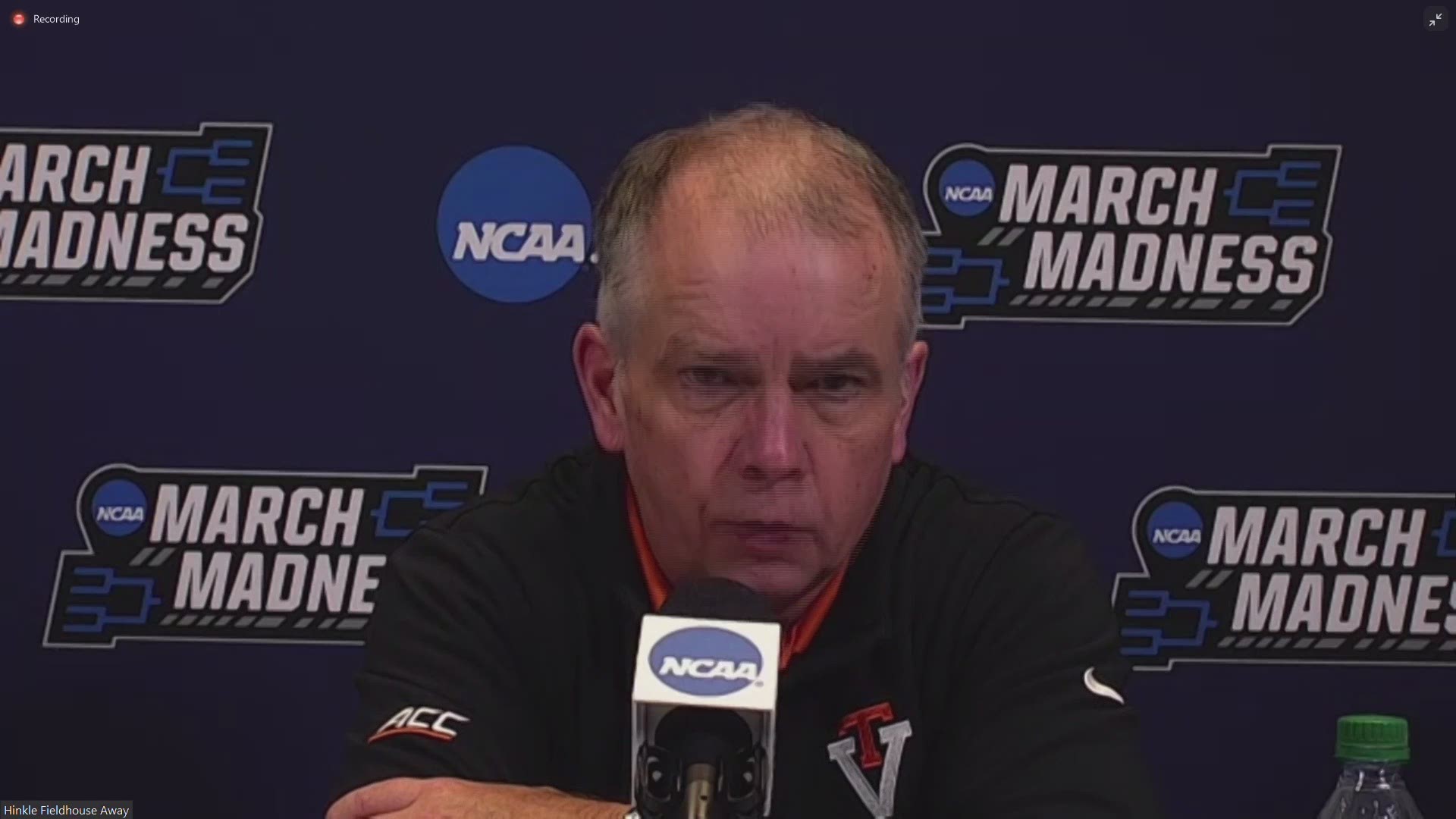 INDIANAPOLIS — Memories are made in March Madness and Naheim Alleyne will always remember his game tying 3-pointer with 1 second to go this afternoon. It would be a much sweeter memory had the Hokies kept up the momentum in overtime. They didn't and lost to Florida 75-70 in the first round of the NCAA Tournament.

Alleyne had a career high 28 points for the Hokies.

Tech led most of the game, including a 10 point advantage in the first half.

The Gators went on a 10-1 midway through the second half and at one point had a 6 point lead.

Alleyne's 3-pointer came with 1.4 seconds remaining in regulation and tied the game at 64.

Down the stretch, Alleyne was the only one scoring for Virginia. His first basket in overtime gave him 14 straight points for his team.

But in that extra period, Justyn Mutts and Keve Aluma fouled out. That hurt on both ends of the floor. Tre Mann his a clutch three with 23 seconds to go in OT and there was no recovering from that for the Hokies.