Heinicke has a certain swagger and Madden game mentality 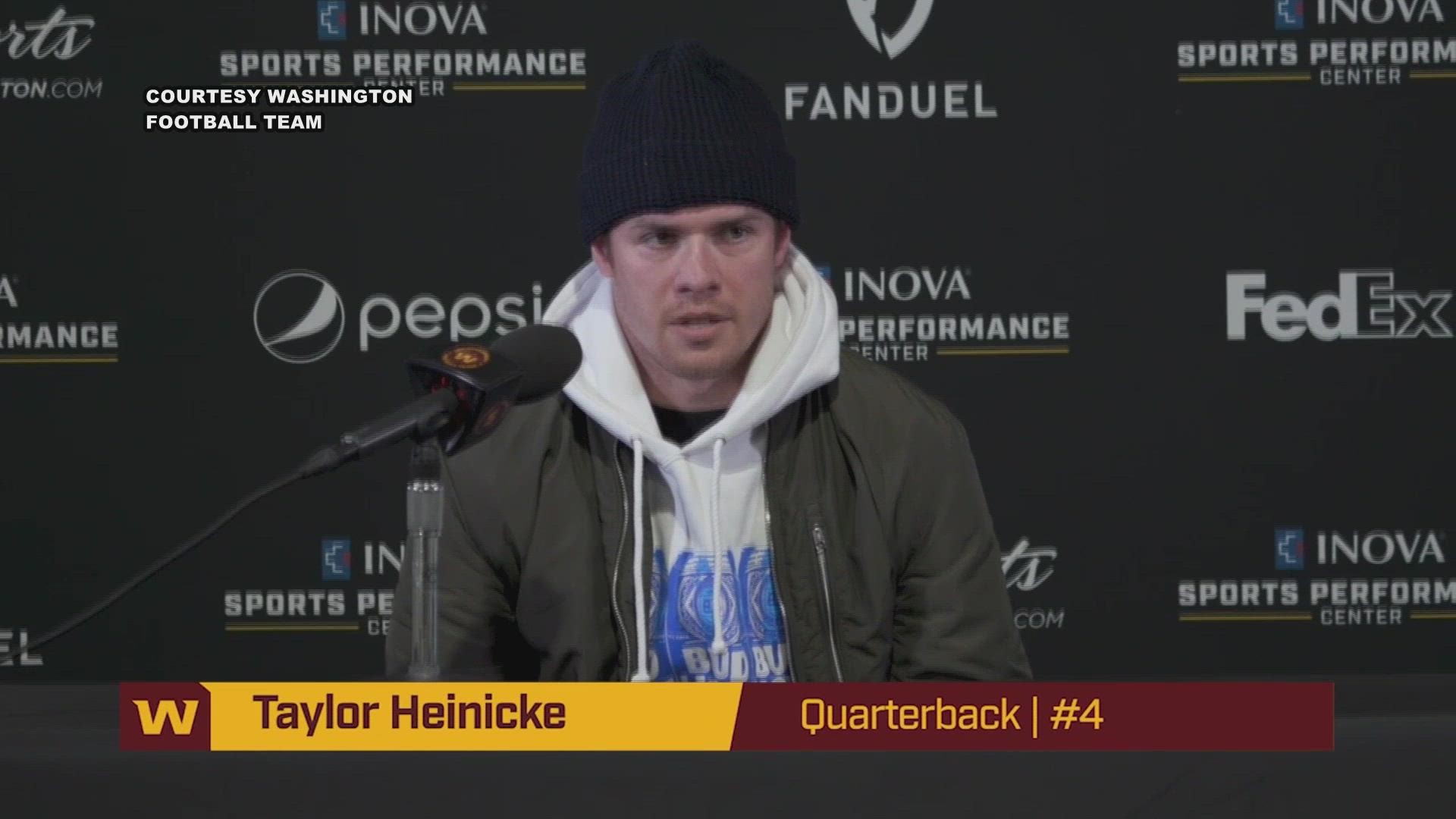 ASHBURN, Va. — First Tom Brady, next up Cam Newtown. Washington quarterback Taylor Heinicke says that maybe he finds some extra motivation for that kind of big name challenge, "It is fun. I've said this before, sometimes I think back to when I was a kid and whether it's playing Madden or if my Packers were playing Superman Cam that weekend, how I would feel about my team going to go beat them. So, I kind of put myself in that situation trying to make it like a little story or when I was a kid, and it gives me a lot of energy."

Heinicke was at his best in last Sunday's win over the Tampa Bay. His numbers weren't gaudy, but they were good. He didn't make mistakes and his team moved the ball in the red zone. Most importantly, he was the engineer behind a win over the Super Bowl champs. He did take some time to celebrate, "Yeah, I took Monday to really enjoy it. I had family in town and went down to the city and just really enjoyed it. But, once yesterday came it was time to move on. We have a really good opponent this weekend. Carolina, they have a really good defense, so that'll be another good challenge for us."

Washington and Heinicke are hoping to stack a few wins on top of each other and build some momentum from the win over Tampa Bay. Heinicke says, "When you win a game like that against a defense like that, it makes you believe that you can do that against anybody. It's good for us. You know, we were going through a four game skid there where we were losing. And to get a game like that and win, we have a lot of confidence going into this one, so we feel good about it."

Win or lose, Heinicke seems to have a certain swagger, which he balances against being too overconfident, "I think it's just to continue to be yourself and that's with everybody. I feel like I play my best when I can just be myself and be passionate, emotional, and I think some of the guys feed off of that. So again, we have to take it one game at a time just because we beat Tampa doesn't mean we're going to beat Carolina and everyone knows that. So, I think just like I said, just continue to be yourself."