Taylor Heinicke threw for 206 yards and 3 touchdowns as Washington spoiled Cam Newton’s return to Charlotte with a 27-21 win over the Carolina Panthers.

CHARLOTTE, N.C. — Taylor Heinicke threw for 206 yards and three touchdowns against the league’s top-ranked pass defense, and Washington spoiled Cam Newton’s return to Bank of America Stadium with a 27-21 win over the Carolina Panthers on Sunday.

Terry McLaurin had five catches for 103 yards and a touchdown against a Panthers defense that came in having allowed 173.3 yards passing per game.

Newton, making his first start since signing a one-year contract to return to the Panthers, threw for 189 yards and two touchdowns and ran for a 24-yard score. But Newton’s final two potential game-winning drives ended when the Panthers turned the ball over on downs. Daron Payne and James Smith-Williams sacked Newton with 1:11 left to seal the game for Washington (4-6) and Ron Rivera, the former Panthers coach in his first game back in Carolina.

TWO IN A ROW

Christian McCaffrey combined for 119 yards from scrimmage and a touchdown for the Panthers (5-6).

After Newton connected on a 27-yard touchdown pass to McCaffrey down the seam to tie the game at 21 midway through the fourth quarter, Heinicke led Washington into Carolina territory behind a fourth-and-2 completion to tight John Bates. That set up former Panther Joey Slye's go-ahead 36-yard field goal with 4:13 left in the game.

After a holding penalty on Panthers right tackle Taylor Moton to start the next drive, Newton's fourth-and-3 completion to McCaffrey was just short of the chains, giving Washington the ball. Carolina's defense held, forcing another short Slye field goal and giving Newton another chance with 1:50 left.

The Panthers reached midfield before the pocket quickly collapsed around Newton on fourth-and-3, and he went down without releasing the ball as Washington players erupted into a celebration around the Panthers' midfield logo.

Newton has now lost nine straight starts with the Panthers dating to the 2018 season.

Newton lived up the weeklong hype surrounding his return to Bank of America Stadium early by leading the Panthers on a 75-play touchdown on the game's first possession and throwing a 10-yard touchdown to D.J. Moore after faking a QB draw to draw in the linebackers and free up Moore on the slant route.

In the second quarter, Newton scored on a read-option keeper and celebrated the score by racing to midfield, slamming the ball down and doing his Superman impersonation by pretending to rip open his jersey.

But Heinicke, who spent the 2018 season with Carolina, refused to be upstaged, matching Newton's heroics in the first half with a pair of touchdown passes to Cam Mims and McLaurin to make it a 14-14 game at the break. He also threw a TD pass to DeAndre Carter in the second half.

Washington running back Antonio Gibson was benched late in the first quarter after he fumbled in the red zone, but came back to finish with 95 yards on 19 carries. Washington ran for 190 yards. 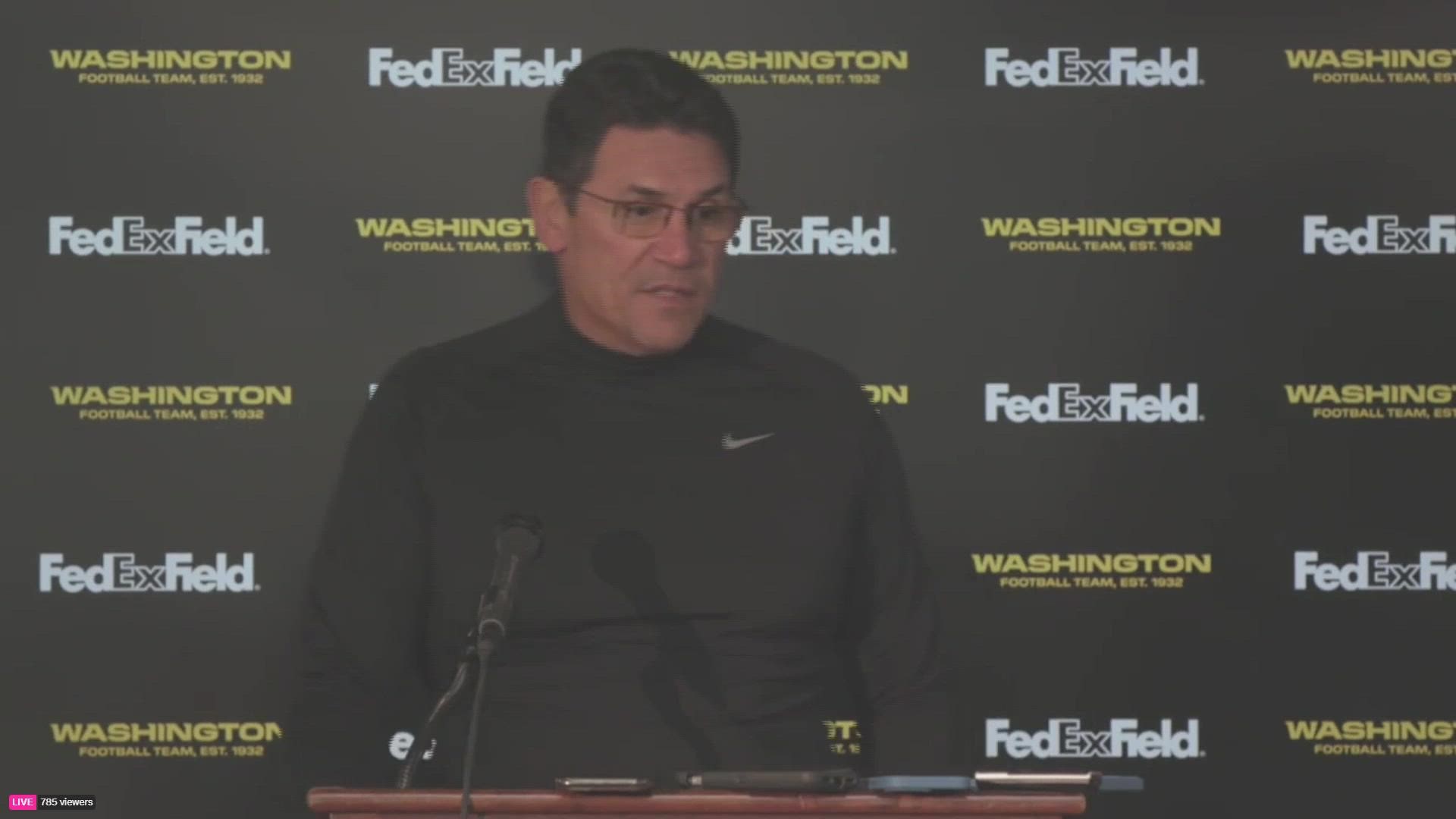