Hickory and Cox baseball advance to Class 5A semifinals 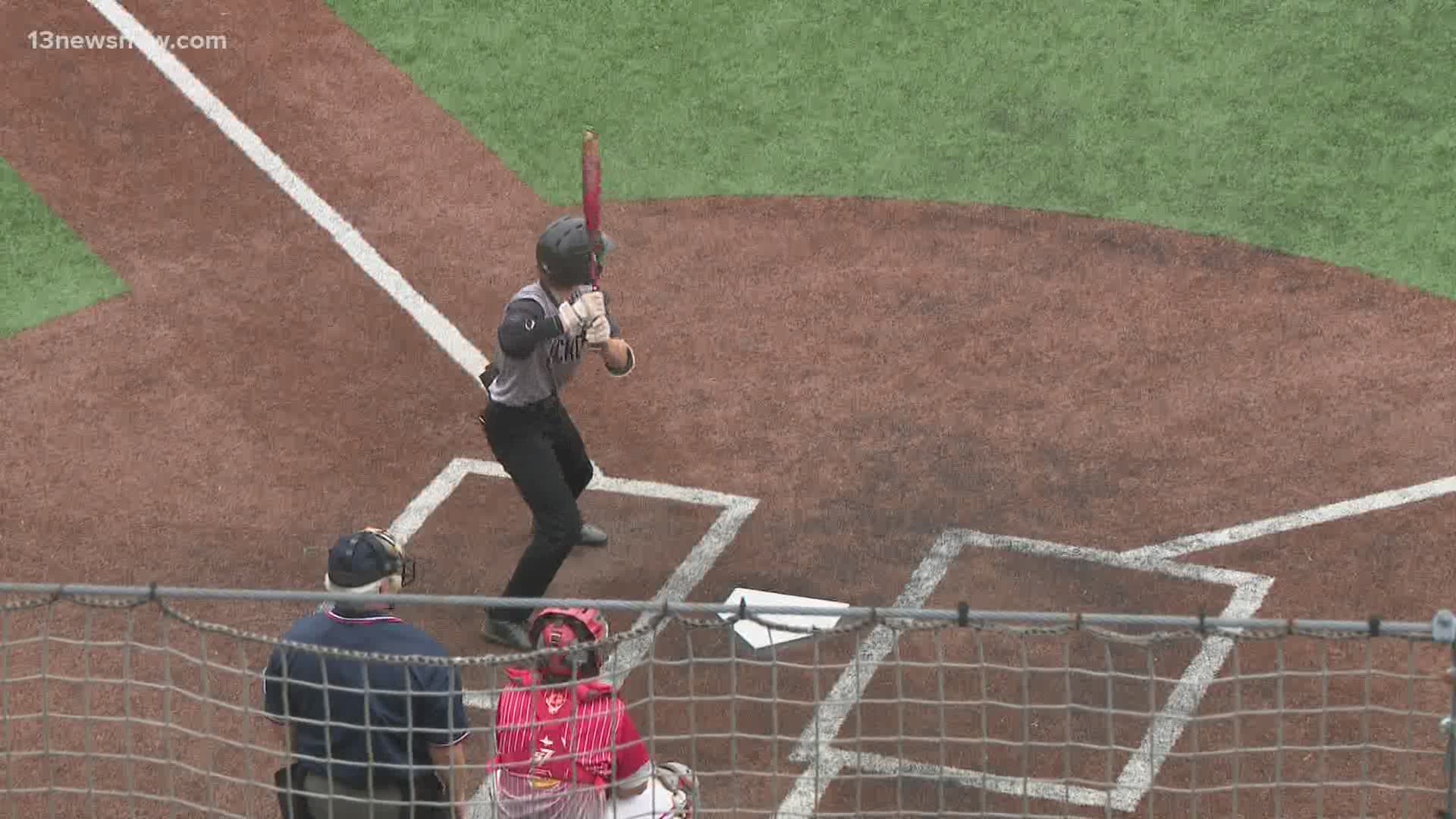 HAMPTON, Va. — The spring playoff seasons got pushed back a couple weeks this year, but the excitement level hasn't changed. It's time for the regional playoffs in high school sports. There was a full slate of Class 5A quarterfinal baseball games at War Memorial Stadium in Hampton on Thursday.

In the morning game, Hickory was up against Gloucester. The Hawks got a first inning triple from Austin Jones to plate a run and then added some insurance on a Jacob Smith double in the sixth. Hickory advances to the region semifinals with a 3-1 win.

Next up, a big showdown of region powerhouses, Cox and Maury. The Falcons prevailed 5-4. The Commodores came back from a 3-0 deficit to tie on a Matthew Phillips homer in the fifth. In the bottom of that same inning, John Bastiaans delivered the game winning double for Cox. Two runners scored to give the Falcons just the margin they needed.

Cox will play Hickory in one of the Class 5A semifinals on Tuesday.