Lake Taylor and Oscar Smith can both welcome 1,000 fans into the stands for the first time this year. 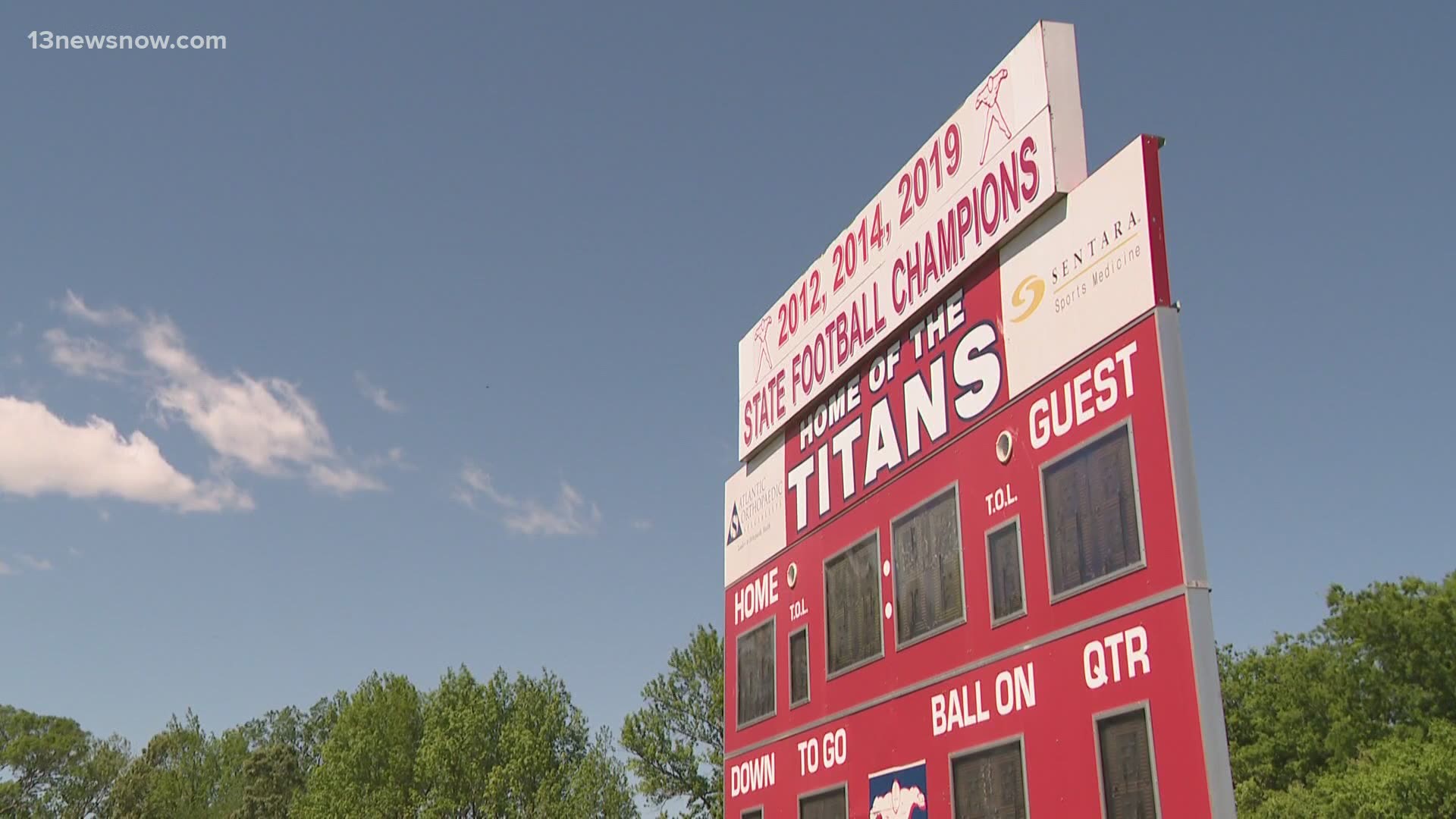 NORFOLK, Va. — Executive Director Billy Hahn says the VHSL has been hoping for this for a long time.

"We've been advocating all year: can we open up and add more fans and allow this to happen? We've been working with the state on this for a long time. I'm not being critical, I'm just glad we were at a place with the metrics that the Governor felt it was time to do this finally."

And just in time, with the last game of the season just a couple of days away when Governor Ralph Northam made his decision.

"I know I had numerous fans that were reaching out, writing letters to the Governor, requesting stuff. Then we got the good news yesterday," says Collins.

Whether it was the VHSL's lobbying, Oscar Smith football fans' letters... or more likely, the CDC releasing new mask recommendations, there will be 1,000 fans as Oscar Smith and Lake Taylor for their respective championship games Saturday.

"We are extremely happy for these players, that they get to play for a state championship in front of a bigger crowd. We're excited for the parents and school community, the local community," says Hahn.

"It's been a little hectic now that the Governor has bumped up the number of participants that can come and watch the game. We had to make some adjustments to staffing and security. It's been fun to see the response for the amount of people that want to come to the game," Collins says.

250 more tickets were given to teams to distribute with leftovers going on sale to the public at noon Friday. Collins says he thinks they were gone by 12:05.

Masks will still be required for anyone attending the game.