Having made the decision to play a Fall football season, the Patriots now look to fill their schedule. 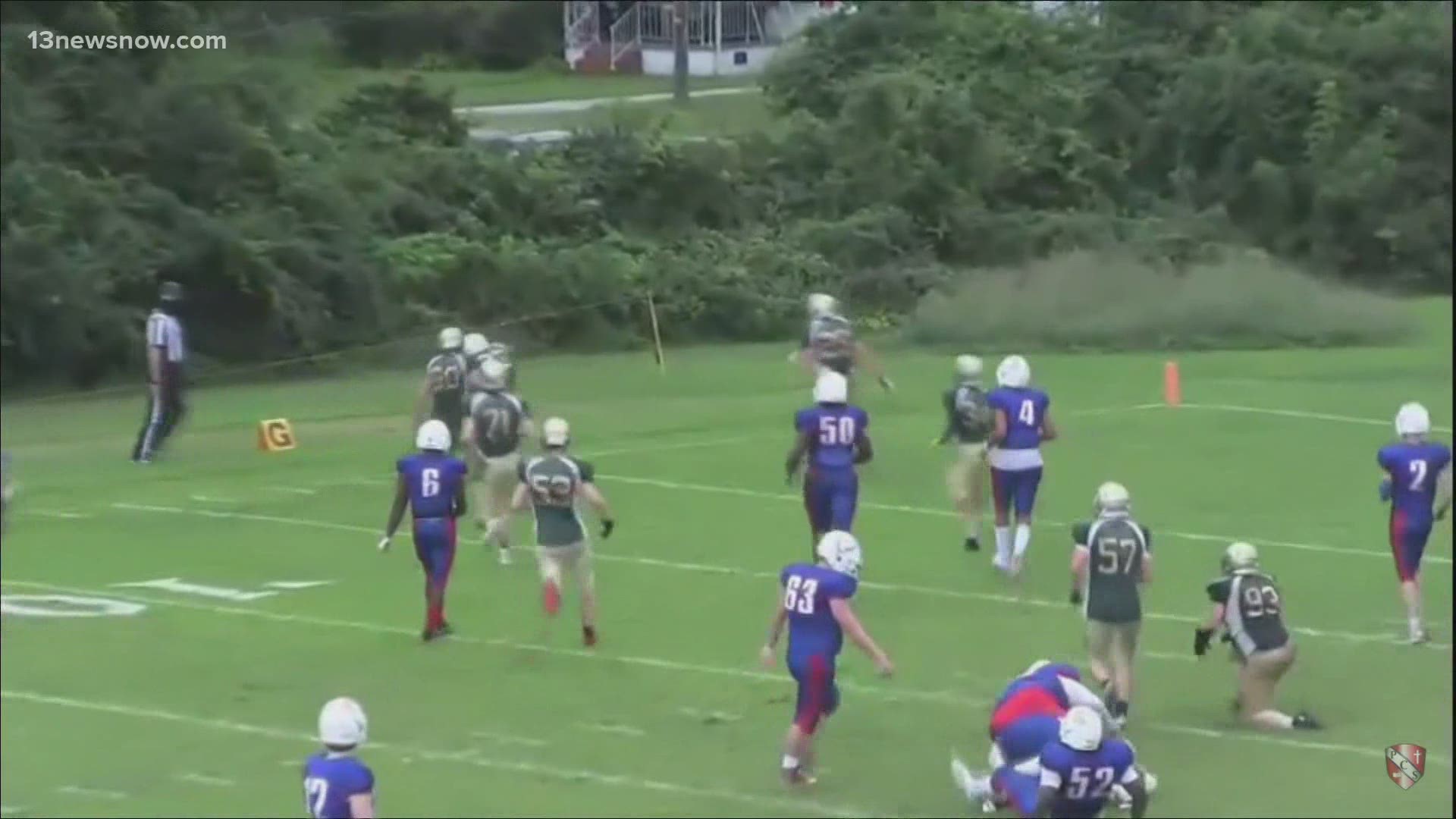 VIRGINIA BEACH, Va. — "The toughest part of getting this thing going is the scheduling."

For Portsmouth Christian School Athletic Director Larry Smith, the hard part began after the agonizing decision was made to play football in the fall.

With postponements and cancellations mounting, Smith has had to search far and wide to fill the Patriots' schedule. Seeking out homeschool teams and going as far as North Carolina and West Virginia, Smith is widening his search to get to seven games.

"Woke up yesterday and we were at seven, woke up today and we had 5, now we're up to 6 and a half," says Smith, citing how fluid the situation is.

The push for a full schedule stems solely from the potential benefits to kids who have been robbed of so much of their normalcy.

"We try to impact players beyond just the game."