With the return of winter sports comes new health guidelines in spite of increased numbers of COVID-19 cases in the state. 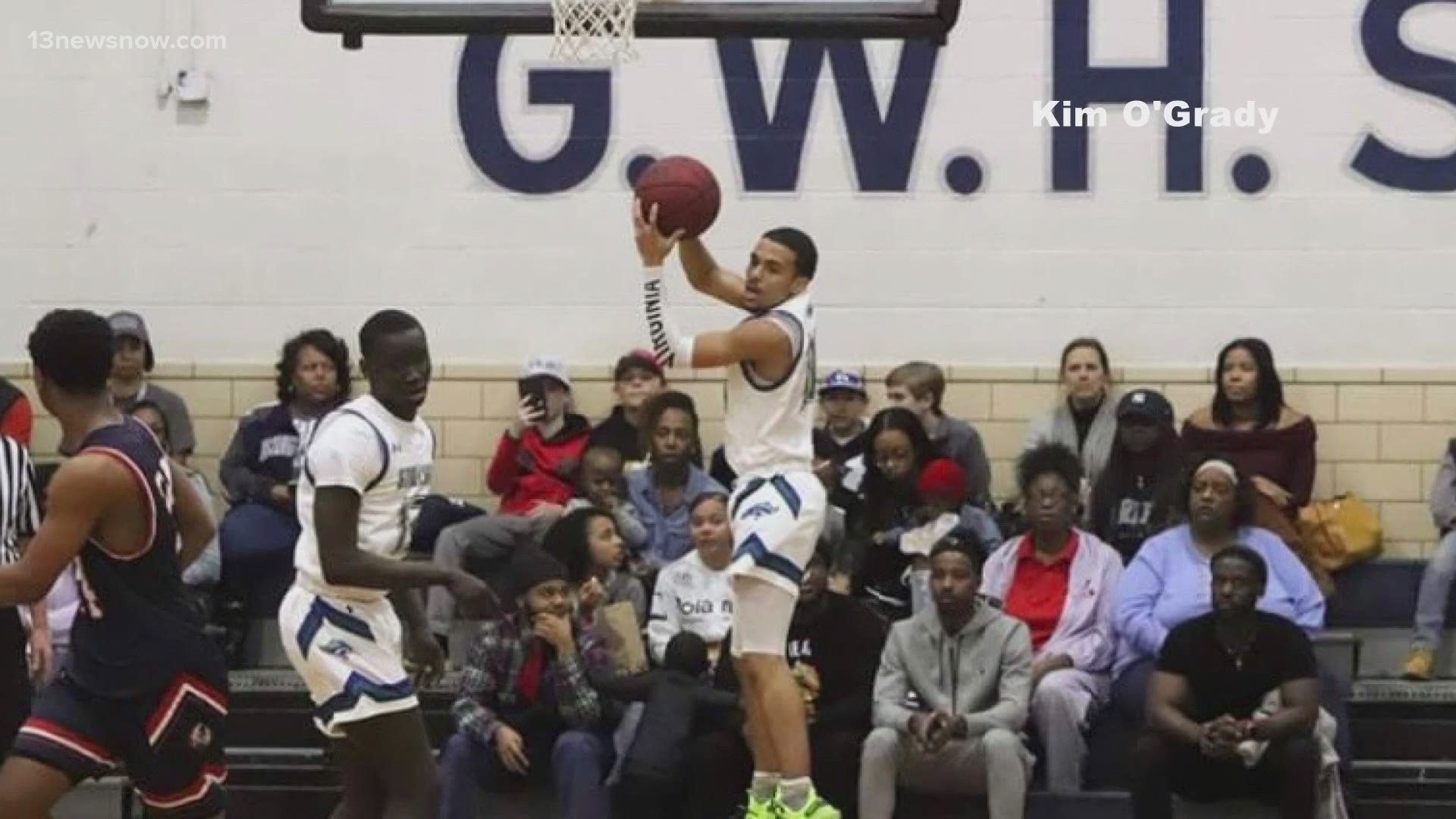 VIRGINIA BEACH, Va. — In spite of an increase in numbers of COVID-19 cases over the holidays around the state, Virginia Beach City Public Schools still felt based on research and discussions, it could go ahead with winter sports.

City officer, Dr. Don Robertson used the NBA as an example: "Not that we're in a bubble, but the level of wearing face coverings, wiping down basketballs throughout the games. We found that there's enough evidence that we want to err on the side of what we know is best for kids."

Among school system protocols, there will be no fans allowed at sporting events like basketball, wrestling, swimming, or gymnastics.

It's good news for parents like Kim O'Grady. Her son, Jaiden McIntosh, is a senior guard on the Green Run High School boys basketball team. He, like many student/athletes in the city, is trying to be seen by college recruiters during the pandemic.

O'Grady understands there's a fine line with the return of winter sports.

"I'm initially concerned in general because I care about the health and well-being of my son and of course all the boys and girls that are playing," she said.

There will also be a reduced number of players for each sport. Many also are thinking about what happened Florida Gators forward and Norfolk native Keyontae Johnson, who collapsed on the court during a game against Florida State on December 12. The 21-year-hold was released 10 days later.

It's uncertain what caused his collapse. Last summer, he tested positive for COVID-19, which can cause an infection of the heart muscle known as myocarditis.

"It's a scary time," O'Grady said. "It's scary situations so I totally understand that, but I'm honestly still am comfortable you know there's a chance that we are taking a risk that we're taking, but I'm being positive and I'm hoping that everything works out for the better."