Most schools started practice last week. There is a full slate of games on Friday, February 26. 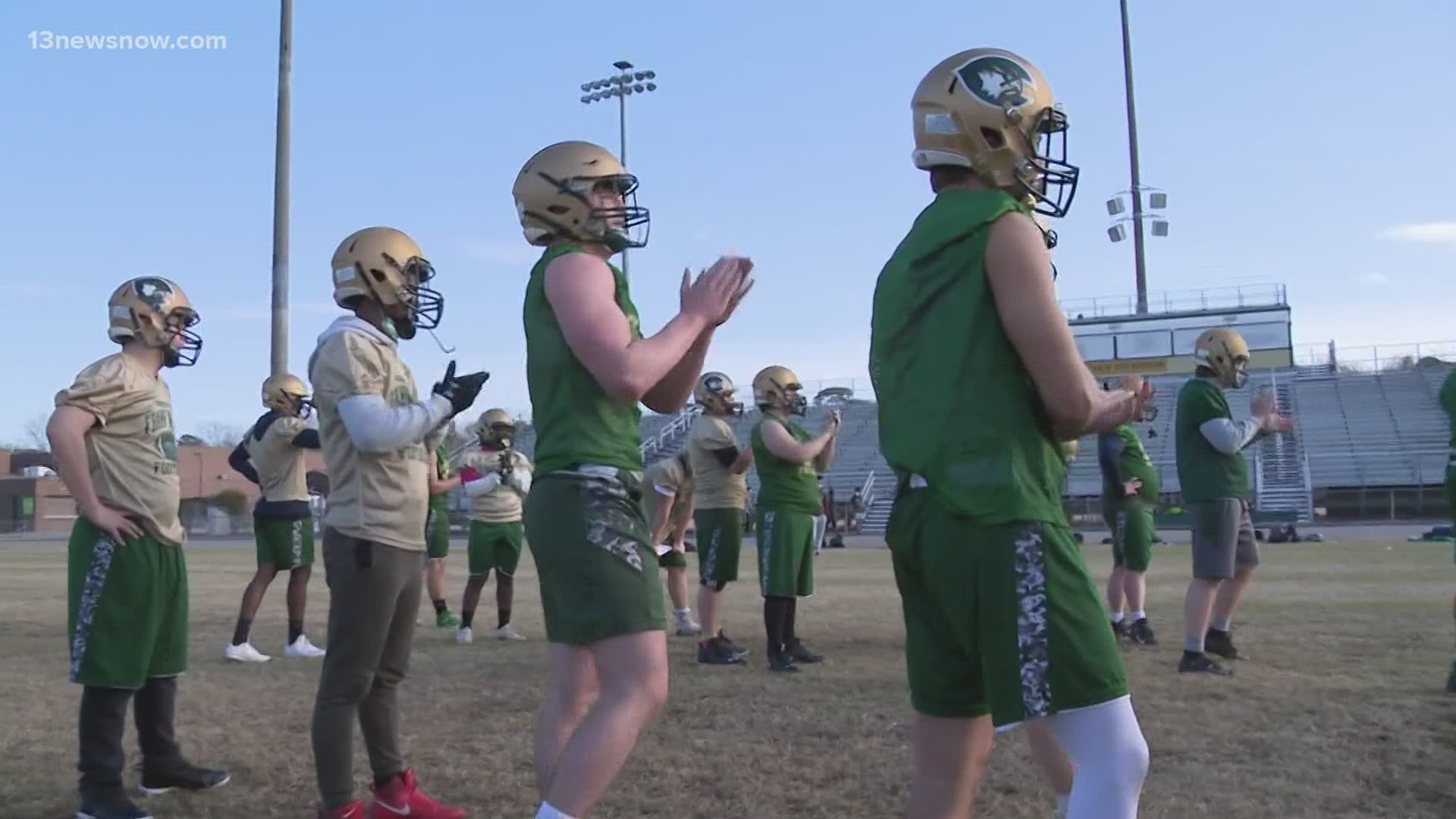 VIRGINIA BEACH, Va. — It's about to go down. We're talking about high school football in the winter/spring. Of course, all the fall sports were moved to this time period.

Most schools started football practice last week. They have less than three weeks to prepare for the start of the season.

There are a handful of games on Monday, February 22 and a full schedule on Friday February 26.

At Cox High School, head coach Bill Stachelski can feel the energy from his players already, "They're excited to be out there. I think kids are just dying to get out of their houses and go out and do what they really miss doing is playing sports."

Most of the players haven't been able to spend time with each other since last July. Just getting together again is a big deal. Stachelski has this to add, "Just getting back to what they're accustomed to, I think is huge, for their mental growth as well."

Obviously there is a lot to handle when you're playing a sport during a pandemic. Stachelski says his staff is getting plenty of support, "I think the schools have done a really good job of educating us as coaches and teachers in how to deal with groups of kids and what the best strategies and mitigations are."

It's an abbreviated schedule. Most schools will only play 5 regular season games. Coach is cool with that, "Even if we only have five games, it's o.k. We have only one home game and four away games. Normally I'd be upset about that. I don't really care, as long as we're playing."