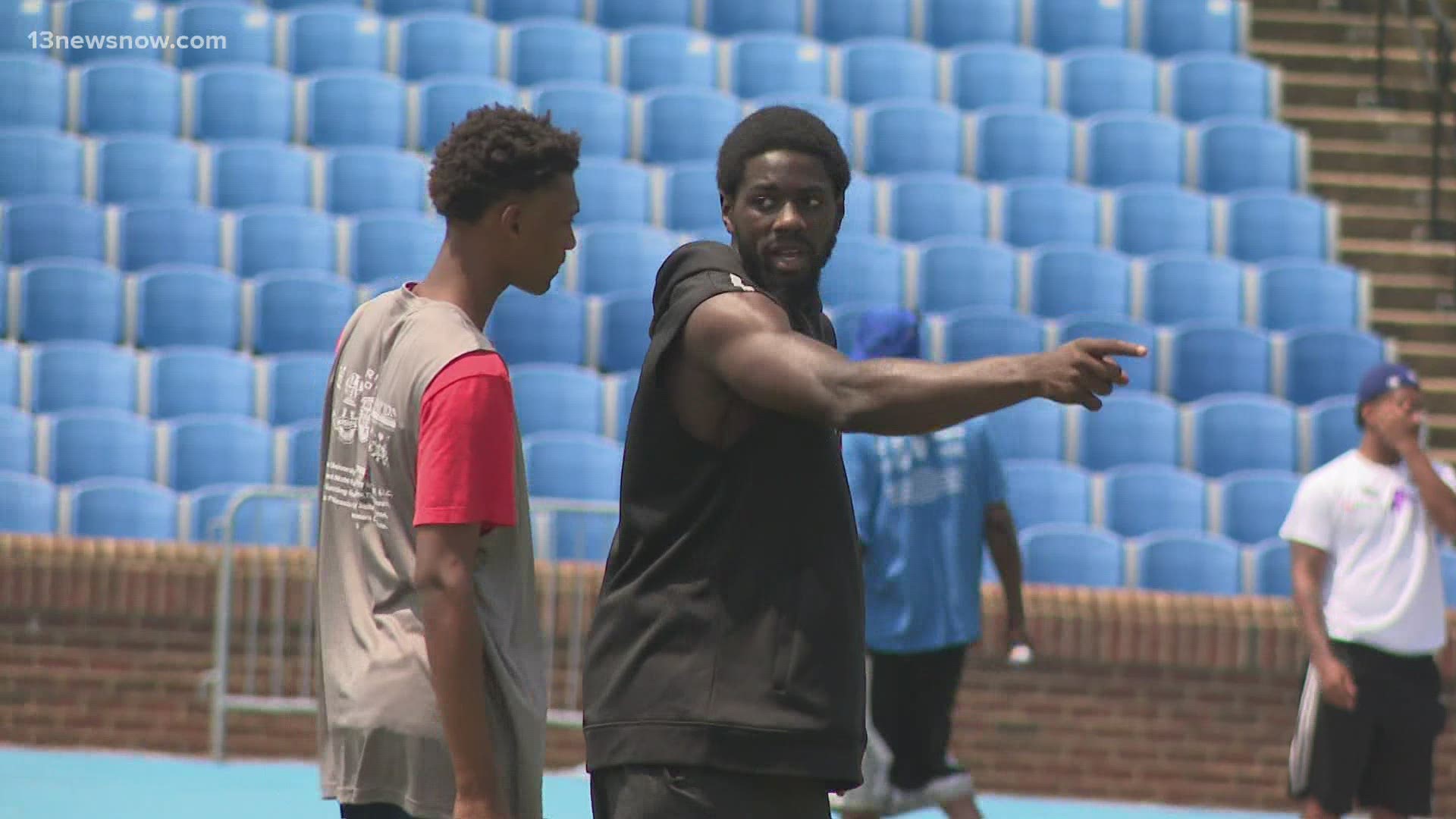 HAMPTON, Va. — The 757 continues to crank out players to the NFL. Many of them return home to teach the next generation their craft at the highest level. One of the biggest gatherings is the Hampton Roads Youth Foundation all-star football camp at Hampton University's Armstrong Stadium on Saturday. The 25th edition didn't disappoint as several current and former players were on hand. Among them, Chiefs defensive tackle and Super Bowl Champion, Derrick Nnadi (Virginia Beach) along with Cleveland rookie linebacker, Jeremiah Owusu-Koramoah (Hampton), who played his college ball at Notre Dame. Owusu-Koramoah was a past member of the camp. "I remember one time we had the one with (Mike) Tomlin (Steelers) coming down", he remembered.

Nnadi, who played at Ocean Lakes High School and went on to Florida State, felt a camp like this really gives them a sense of direction. "How are you going to get to a certain goal if you don't have someone to tell you there is a way", he says. "That's like going to a destination with no GPS".