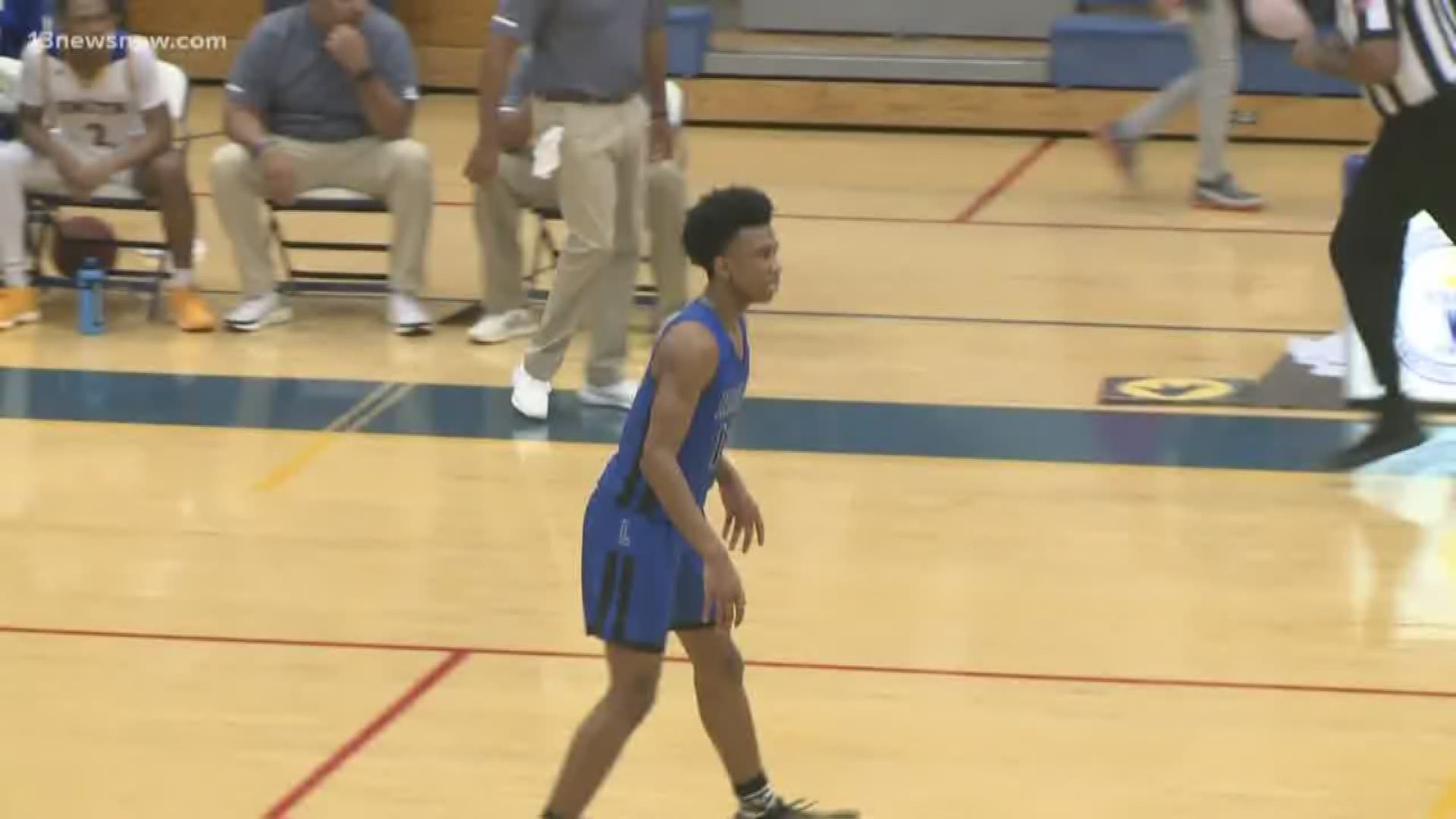 CHESAPEAKE, Va. — Area high schools are edging closer to the state tournament with region playoffs continuing on the Wednesday night. Class 6 Region A on the boys side saw Western Branch get a game high 23 points from Cameron Edmonds as they won over Kellam 70-49 in the quarterfinals. Landstown's Donald Hand had a game high 31 points that included 6 3-pointers as they beat Oscar Smith on the road 81-68.

In Class 5 Region A, there will not be a repeat champ. Princess Anne's, Kanye Clary had 22 points and had 16 points to go with 12 rebounds as the Cavaliers knocked off defending champ, Maury 51-47. It's the Cavs first region playoff win since 1999.

On the girls side in Class 6, Western Branch rolled as did Landstown. Kempsville and Norview moved on in Class 5, and Booker T. Washington and Lakeland won in Class 3.