Green Run, King's Fork, and Wilson are among the schools that will be chasing state titles this week. 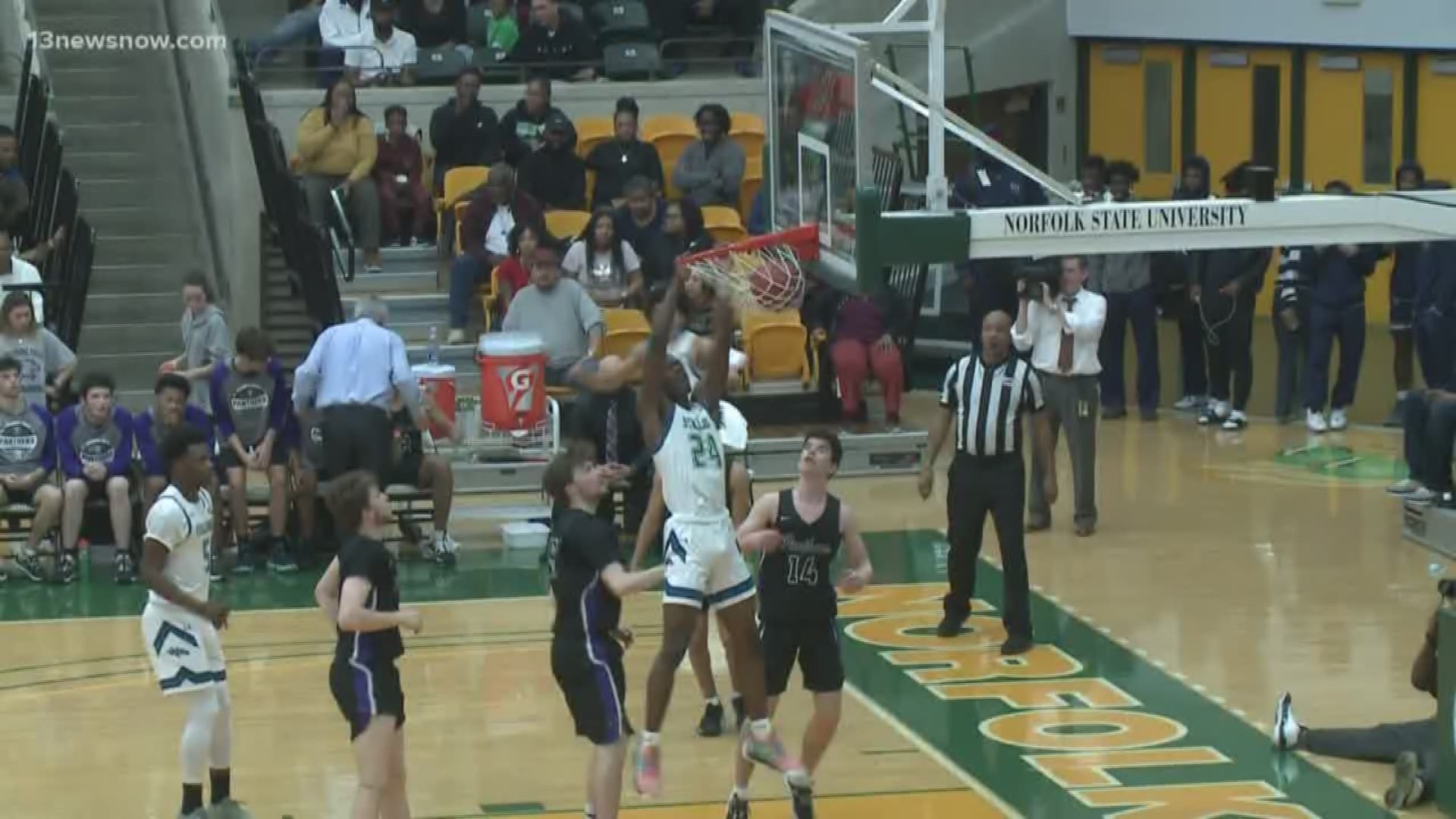 NORFOLK, Va. — Just one more step for several area schools and they would be finding themselves going after a championship from the state capital in Richmond. In Class 6 Boys, Western Branch's season came to a halt as they lost to Centreville 62-55. Cam Edmonds finished with 17 points in the loss.

In Class 5, Ashley James was huge motivating factor. The former Green Run High standout, who died last week from an accidental shooting, inspired his former Stallion teammates as they won over Potomac Falls 72-48. Jacob Cooper led them with 17 points as they next face Norview on Saturday at 6:30pm from VCU's Siegel Center. The Pilot's, Jaylani Darden had 7 of his 15 points in the 4th quarter as they won over Patrick Henry-Roanoke 51-45.

King's Fork is headed back the state finals for the first time since 2015 as they dispatched defending Class 4 champ, George Washington-Danville 67-41 behind 19 points by Jayden Epps. It'll be an all-757 final when the Bulldogs take on Wilson who beat Millbrook 77-59. The two will meet Friday from the Siegel Center at 2:30pm.

As for Class 3, the Lakeland boys won over Western Albermarle 43-35 behind Clint Wright, Jr's 16 points. Raymond Bellamy added 14. They next play Cave Spring Friday at 8pm. In Class 1, Mathews needed overtime as they edged Colonial Beach 56-53. The Blue Devils now have a Thursday night date with Auburn for a state championship.