Princess Anne goes after their 7th in a row while Hampton eyes their 1st since 2007. 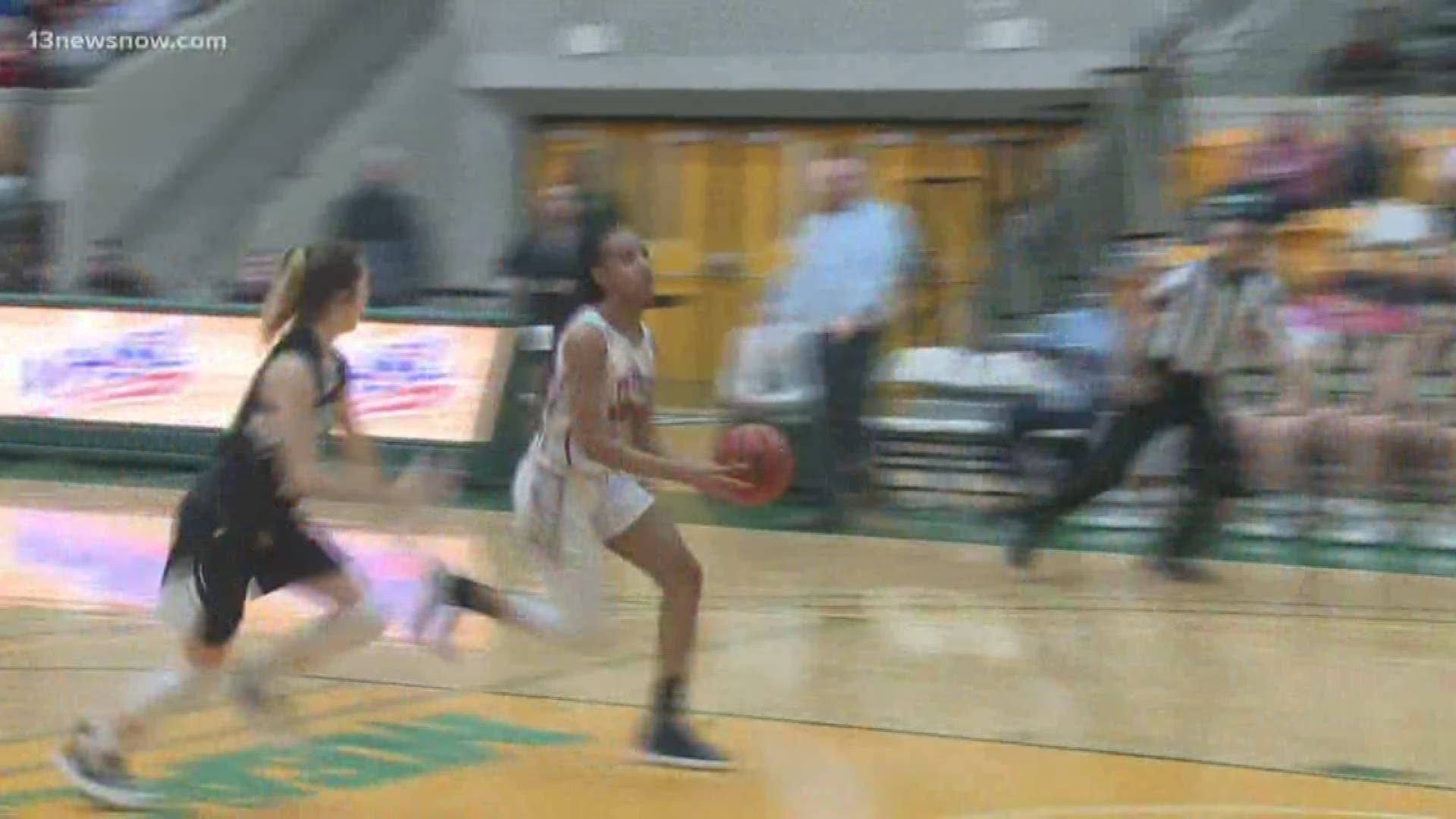 NORFOLK, Va. — Last week's quarterfinals win for Princess Anne was a big indication of just how difficult the Cavaliers could be. With former Green Run great, Ashley James as a motivating factor, they continued their domination as they rolled past Woodgrove in the Class 5 state semifinals Tuesday night at Norfolk State 107-45. James's sister, Aziaha had another incredible game for Princess Anne. Her game high 32 points sent the Cavaliers to the state finals. They're chasing a 7th straight championship when they face Highland Springs on Saturday at 4:30pm. In Class 6, Western Branch had no answers against Thomas Edison and lost 53-35.

The Hampton Crabbers overcame early nerves to fight back from a 12 point deficit as they won over Loudon Valley 54-49. They had back to the Class 4 state finals for the first time in 13 years. The Crabbers next face Monacan at 12:30pm on Friday from VCU's Siegel Center. LaNae Stokes led them with 16 points.

The Lakeland girls weren't as fortunate as the boys in the Class 3 state semifinals as they lost to Spotswood 59-41. Booker T. Washington's season also came to a halt as they fell to Lord Botetourt 69-43.