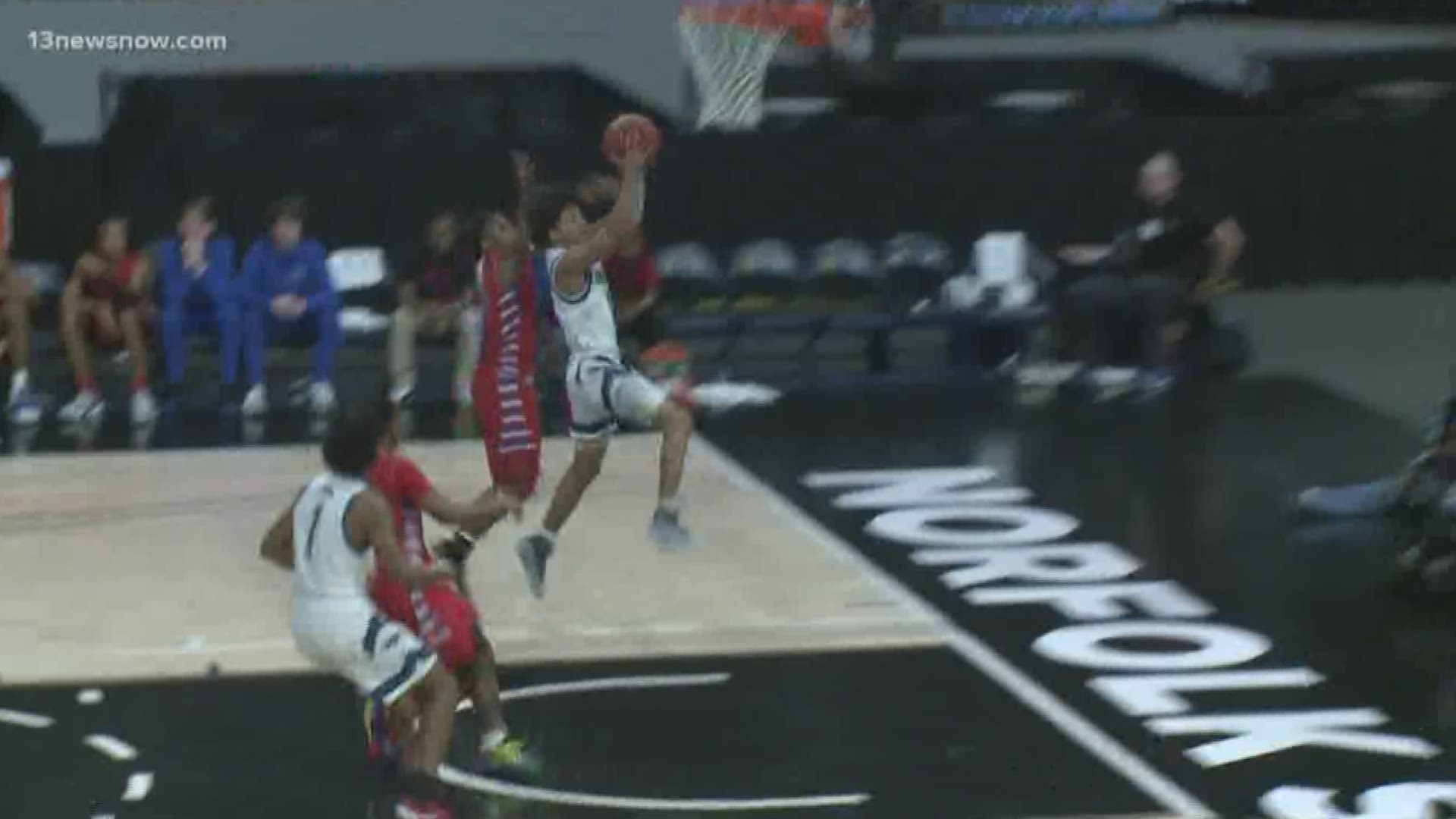 NORFOLK, Va. — Norfolk Scope was high school basketball region central on Friday night. On the boys side, 5th seeded Kecoughtan got off to a rough start against top seeded Norview in the Class 5 Region A semifinals. They would fall behind by as much as 20, but managed to cut it to single digits. Elijah Kennedy then sparked the Stallions (21-3) with a team high 22 points as they won 61-51 over Princess Anne. Jacob Cooper added 17. The Cavaliers (16-8) were led by Kanye Clary's game high 26.

They would play top seeded Norview who got a game high 25 points from senior guard, Jasiya Stevenson. He connected on all seven of his 3-pointers as the Pilots beat Kecoughtan 76-59. The two matchup Monday night in the region final at 8pm. In Class 6, Western Branch won the Region A title by beating James River 70-50. King's Fork won over Smithfield in the Class 4 final 80-71 as Jayden Epps led the Bulldogs with 28 points.

Earlier on the girls side Princess Anne the reigning 6-time state champion only led 24-17 against Salem at halftime. The Cavaliers proceeded to force 17 third quarter turnovers as they rolled on to a 70-39 win over the SunDevils and are now headed to the state tournament for the 13th straight year.

Princess Anne will play Norview who will make their second appearance in the state tournament in three years as they won over Kempsville 58-46. Jada Bryant led the Lady Pilots with 14 points. In Class 6 #1 Western Branch joins the boys team as Region A champs as they edged 2nd seeded Cosby 64-63. In Class 4 Hampton won big over Grafton by a final of 72-42 and in Class 2, #5 Thomas Jefferson won over #2 Poquoson 51-39.