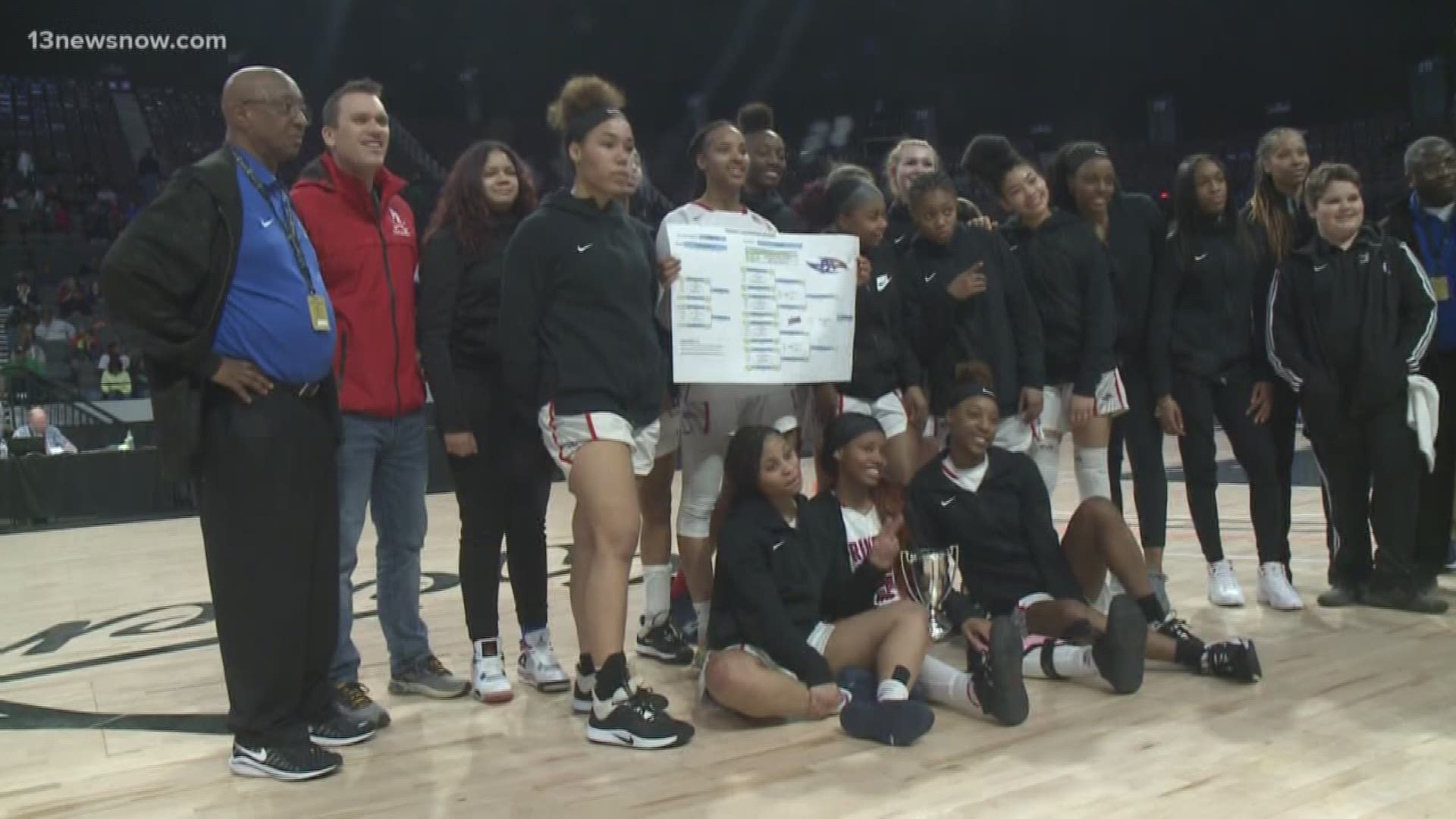 NORFOLK, Va. — The pressure for the most part was off for four area high schools in girls and boys basketball on Monday night. It was about chasing down the dream of being the best in the region in Class 5 Region A. On the boys side it was a #1 vs. #2 showdown as Norview took on Green Run. The Stallions delivered when it counted as they knocked off the top seed in the Pilots 62-59 in double overtime at Scope.

Elijah Kennedy had 21 points in the win as Green Run won its first region title since 1984. "A typical Norview/Green Run game", says Stallions head coach, Kenneth Harris. "These kids hadn't played each other, but they know each other. Everytime we play them, it's this type of game." Green Run will next play Region B runner-up Varina in the state quarterfinals at Norfolk State on Friday. The Pilots, who got 21 points from Jaylani Darden, will face Region B champion Henrico the same day from the Richmond area. Western Branch lost a close one in the Class 6 region finals to Thomas Dale 73-71. The Bruins will now take on Potomac Senior on Friday at 8pm from C.D. Hylton in Northern Virginia.

On the girls side in Class 5, Princess Anne seemed to have it all wrapped in the middle of third quarter against Norview in the Region A final, but the Lady Pilots had other ideas. They would cut a 20 deficit down just six in the fourth quarter at 56-50. The Cavaliers would settle down and win over Norview 70-60. Princess Anne got 18 points from Aziaha James and 13 points from Kendra Johnson. "It's very special so it's on to the state title", says head coach Darnell Dozier has now led the Cavaliers to 12 region titles in 14 years.

Princess Anne (24-1) will now take on Region B runnerup Henrico at Norfolk State at 4pm on Friday. Norview (21-4) had 19 points from LeAsia Foreman and 12 from Janiya Guilloux and will face Region B champion Highland Springs on Friday at 6pm from Henrico County. The Western Branch girls lost in the Class 6 Region A finals to James River 65-57, and will take on Colgan on Friday at 6pm from C.D. Hylton.