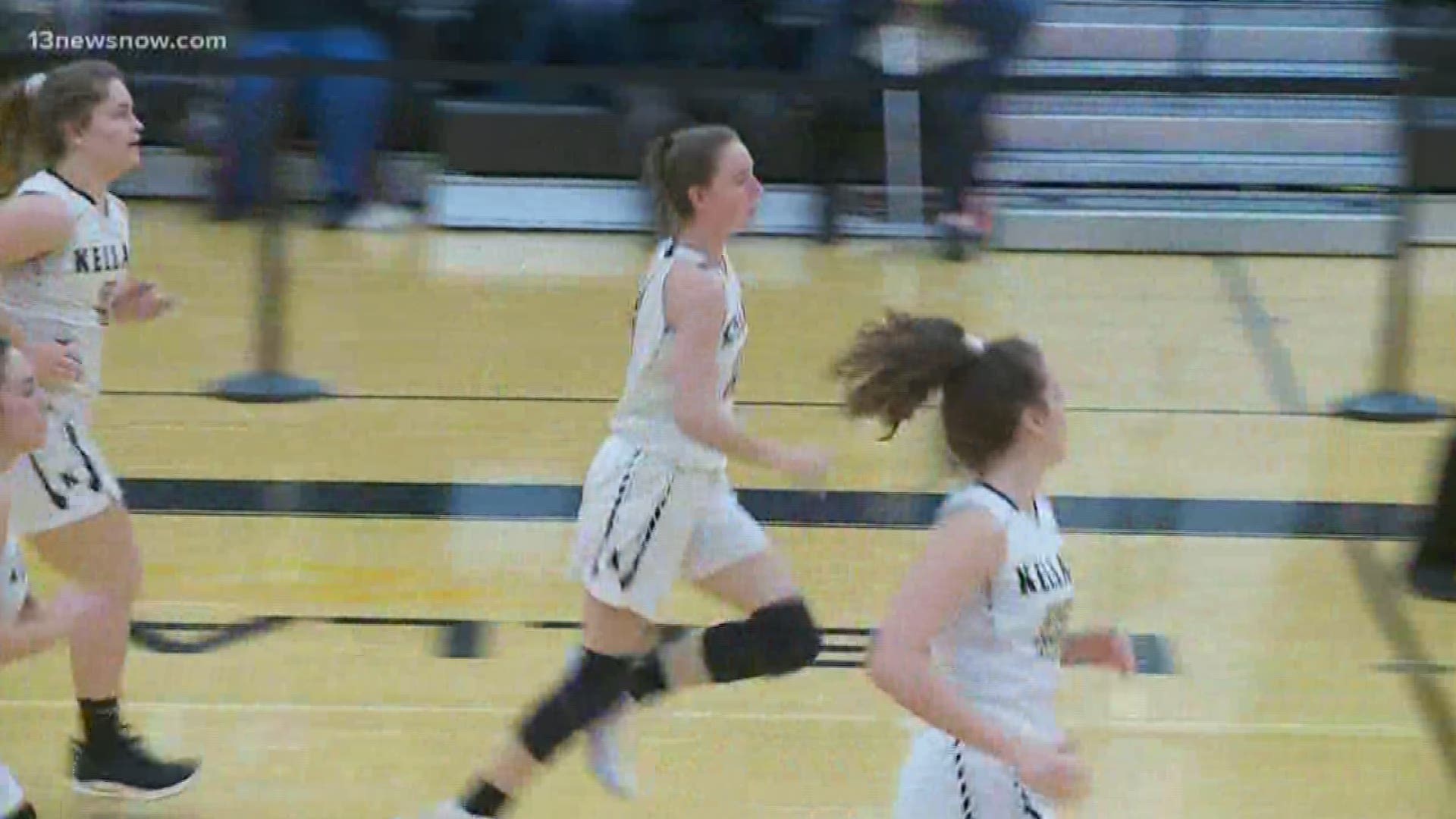 CHESAPEAKE, Va. — First round play for several area high schools got going. In Class 6 Region A, Oscar Smith boys made quick work of Ocean Lakes 91-43. Kellam got 21 points and 10 rebounds along with 12 points from Mason Makovec and Ryan Donnelly respectively as they held off Grassfield 52-41. Landstown was led by Donald Hand's 21 points as they stormed past Tallwood 76-29.

Among the Class 4 Region A matchups, King's Fork, Menchville, Wilson and Smithfield all moved on. The top seeded Packers got a game high 26 points from Rashad Tucker as they rallied to beat 8th seeded Hampton 68-62.

On the girls side, Kellam had 20 points from Haley Brewster in Class 6 as they won over Oscar Smith 64-38. Grassfield also moves on with a win over Ocean Lakes. As for Class 3 Region A, Lafayette and York advance while in Class 2 Region A, Poquoson won over Prince Edward 41-35.