Princess Anne and Green Run both moved on to the state semifinals just days after the death of former Stallion, Ashley James. 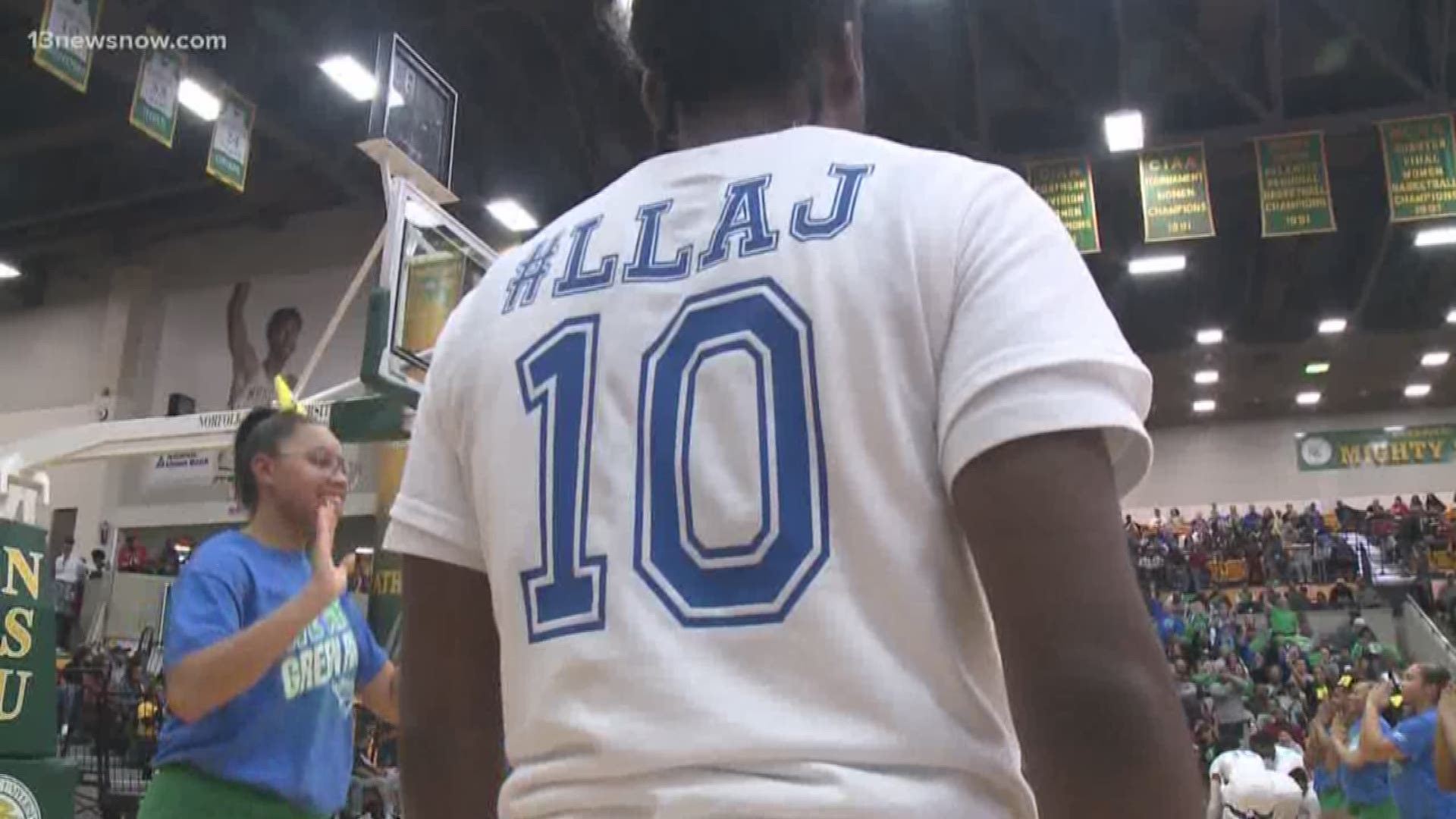 NORFOLK, Va. — The past several days have been difficult ones for both the Princess Anne girls and Green Run boys basketball teams. They had one person in common, former Stallions hoops great, Ashley James. On Monday, James watched his former teammates capture their first region title since 1984, but later that evening he died from an accidental shooting at just 19. He had committed to play basketball at Missouri State University for next season.

Friday night with a heavy heart, Green Run (23-3) got a 17-15 lead after a quarter and fought their way to a 78-52 win over Varina in the Class 5 state quarterfinals. They got 16 points Jacob Cooper and 15 from Karree Smith and will face Potomac Falls on Tuesday from Joe Echols Hall at Norfolk State University.

Earlier, James's sister, Aziaha had the game of her life in the most painful of circumstances. She would score 18 first half points and then put on an epic second half that produced a career high 41 in route to Princess Anne throttling Henrico in the Class 5 girls state quarterfinals 91-48. The Cavaliers (25-1) next take on Woodgrove also from NSU.