Deondre Francois threw 3 touchdown passes and ran for another on Saturday to lead Hampton to a 40-34 win over North Alabama in a Big South opener. 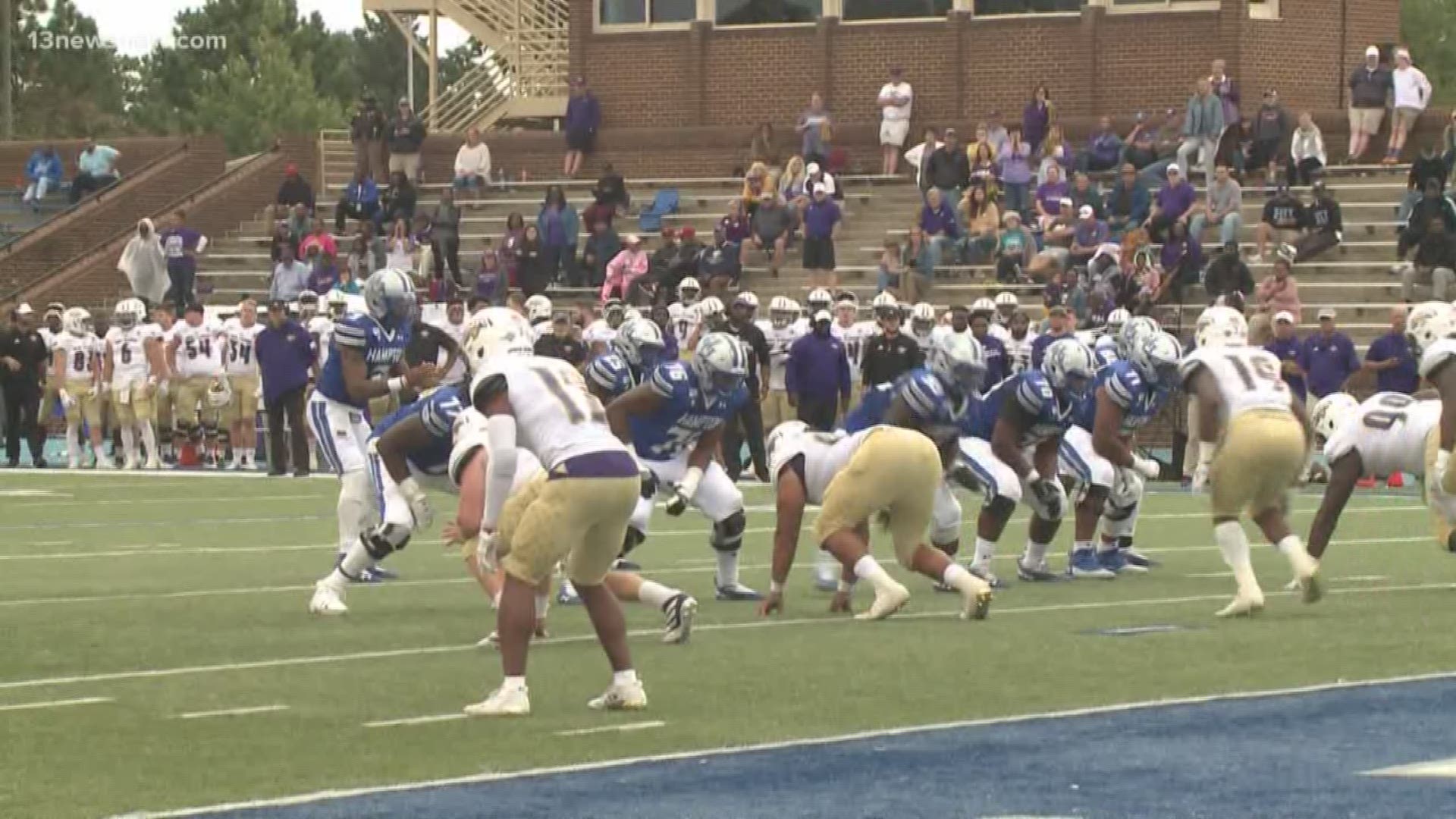 HAMPTON, Va. — Deondre Francois threw three touchdown passes and ran for another on Saturday to lead Hampton to a 40-34 win over North Alabama in a Big South opener.

Francois had 347 yards passing for the Pirates (3-2). William Robinson ran for 91 yards and a score and Jadakis Bonds caught 11 passes for 127 yards and two touchdowns.

Francois capped the first drive of the game with a goal-line keeper for a touchdown but a bad snap on the PAT resulted in a fumble which was scooped up by North Alabama's A.J. Bracey and returned for two points and the Pirates led 6-2.

Robinson ran for a score early in the second quarter and Francois connected with Bonds for a touchdown two plays following a North Alabama fumble to make it 20-2 at halftime.

But the Lions (2-4) scored two touchdowns early in the third then turned two Francois interceptions into back-to-back touchdowns for a 27-25 lead midway through the fourth quarter. Francois answered with a short TD throw to KeyRon Catlett and followed with a 41-yard strike to Bonds to put the Pirate on top 40-27 with 3:17 left.