Jermaine Marrow had 31 points, 8 assists and 7 rebounds & Ben Stanley scored 25 to help Hampton rally for an 87-81 overtime victory over Presbyterian on Saturday. 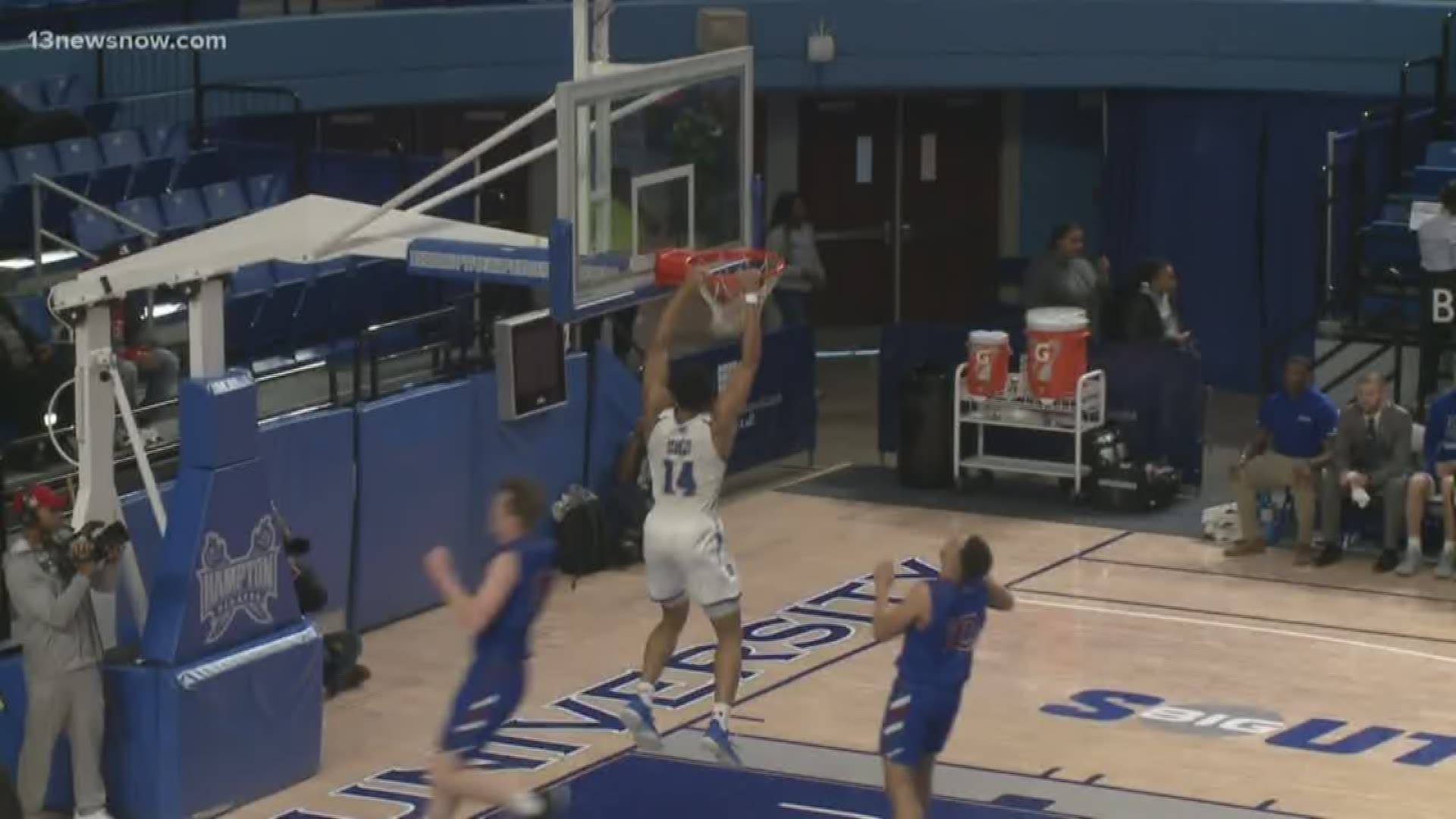 Marrow hit 7 of 19 shots from the floor for the Pirates (10-11, 5-3 Big South Conference), missing all four of his 3-point tries, but buried 17 of 20 free throws. Stanley sank 10 of 18 shots and added five rebounds, three assists and three blocks. Davion Warren came off the bench to score 16 with 11 rebounds for his third double-double of the season.

Presbyterian (8-15, 5-5) took a 34-25 lead at halftime and led 71-66 on two Chris Martin free throws with 2:38 left in regulation play. But the Blue Hose went scoreless from there. Marrow hit two foul shots, Stanley had a layup and Marrow made 1 of 2 free throws with 13 seconds left to send the game to overtime tied at 71. Warren had a three-point play as Hampton scored the first five points of the extra period and never looked back.