Pirates rally but fall to UNC-Asheville 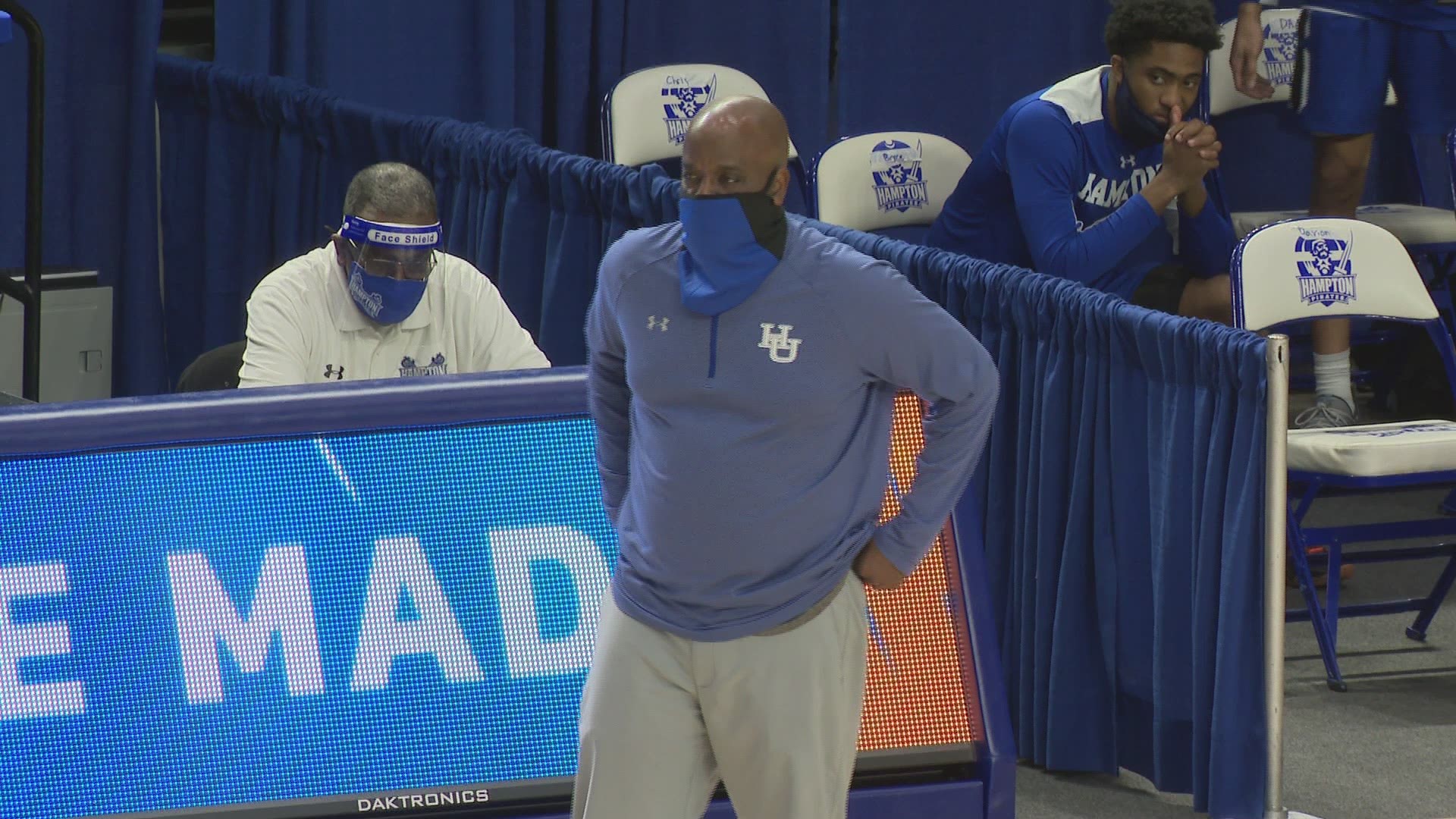 UNC Asheville used an 18-5 run over a near six and a half minute span to push a three point lead to 16 as Trent Stephney drained a pair of free throws to lead 28-12 at the 8:06 mark.  Hampton trimmed the lead to 30-19 on a 3-pointer from Marquis Godwin with just under six minutes left, but Asheville closed the half taking a 45-26 lead on a half-court 3-pointer by LJ Thorpe.

In the second half, a three-point play by Thorpe pushed the lead to 48-26 just 24 seconds into the second half.  Hampton went on a 20-6 run to trim the deficit to 54-46 on a Chris Shelton 3-pointer with 11:52 on the clock.  The Pirates got the deficit as close as seven on a steal and layup by Russell Dean with four minutes left.

The Pirates now travel to USC Upstate for a two-game series starting on Thursday night at 6 pm.