Despite Ben Stanley tying a career high of 24 points to go with 13 boards, Hampton fell to Richmond 80-63. 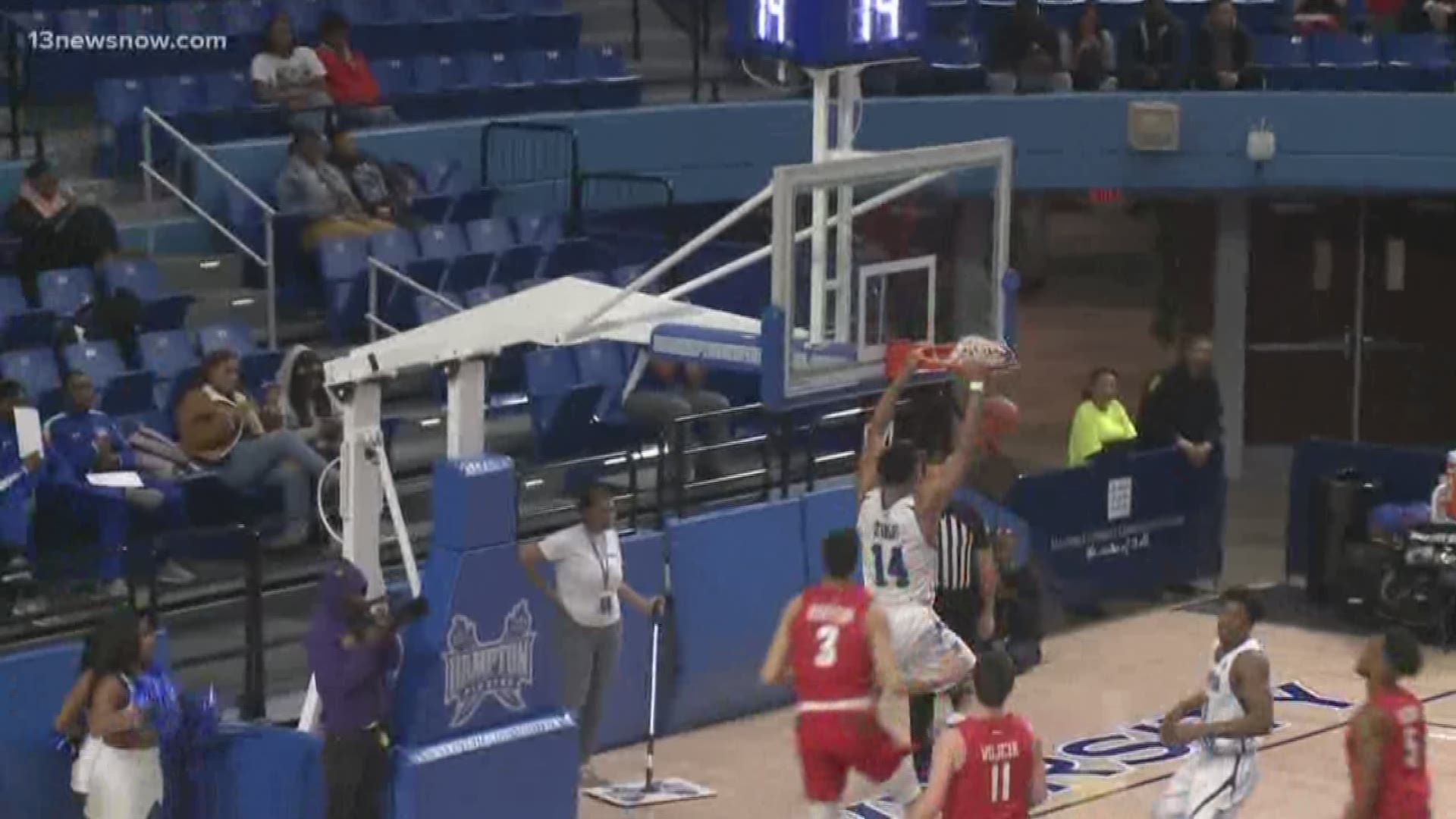 The Spiders answered that run with 14 straight points to lead 34-28 on a 3-pointer by Nick Sherod with 61 seconds left. That run turned into a 14-2 for Richmond as a pair of Stanley free throws with 44 seconds left brought the Pirates to 34-30 into halftime.

Richmond used a 15-5 run over a five-minute span of the second half to break the game open as a Gilyard 3-ball put the guests up 60-44 with 10:09 left. Blake Francis topped Richmond in scoring with 29 points, while Gilyard had 18 points and 10 assists and Sherod added 16 points and nine rebounds.

Edward Oliver-Hampton joined Stanley in double figures with 12 points and six rebounds, while Davion Warren added 10 points for Hampton. Stanley matched his career high in points set at San Francisco last week and set a new career high in rebounds. His previous best was 11 against Regent.

The Pirates return home on Thursday night to face Howard at 7 pm.