Nylah Young scored 22 points and had 6 rebounds for Hampton as the Lady Pirates won over Winthrop 62-48. 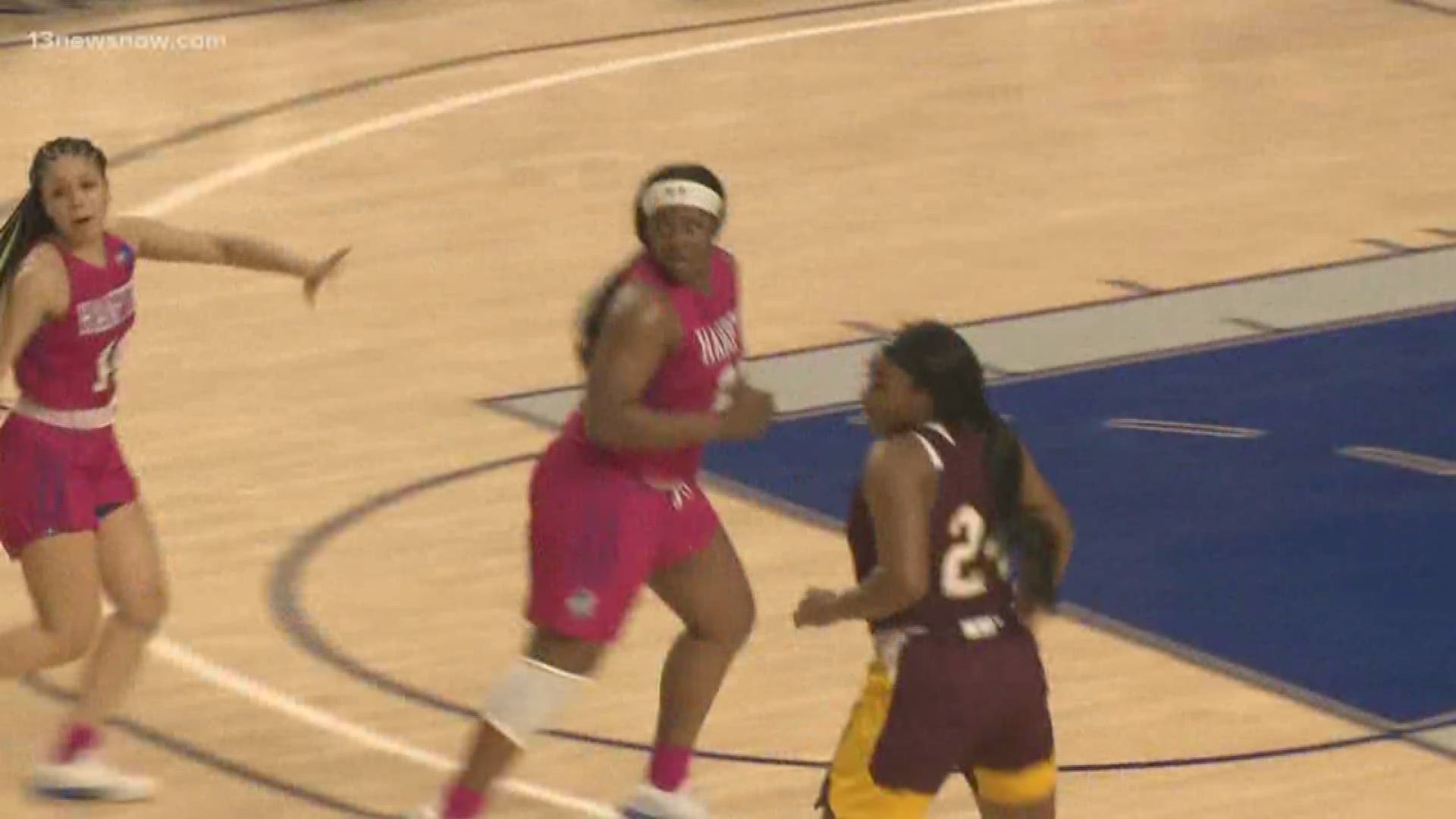 HAMPTON, Va. — Nylah Young scored 22 points and had six rebounds to lead three in double figures for Hampton as the Lady Pirates used a 19-8 fourth quarter to pull away from Winthrop 62-48 on Tuesday night.

The lead went back and forth over the next few minutes as Hampton took the lead for good in the half with a Young jumper at the 2:59 mark for a 27-25 advantage.

Hampton held a five-point lead on three occasions in the third quarter with a MaKayla Timmons 3-pointer with 96 seconds left giving the hosts a 43-38 lead.

In the fourth, the lead was exchanged three times as a pair of Ashley Bates free throws gave Hampton a 47-46 lead.  Those foul shots started a game-ending 17-2 run as a Bates layup gave Hampton a 62-48 lead with 71 seconds left.