Is it the Russian dinners, the painted fingernails or the advice from a criquet player?

All of the above for the conference champion and NCAA tournament bound ODU Women's Tennis team. 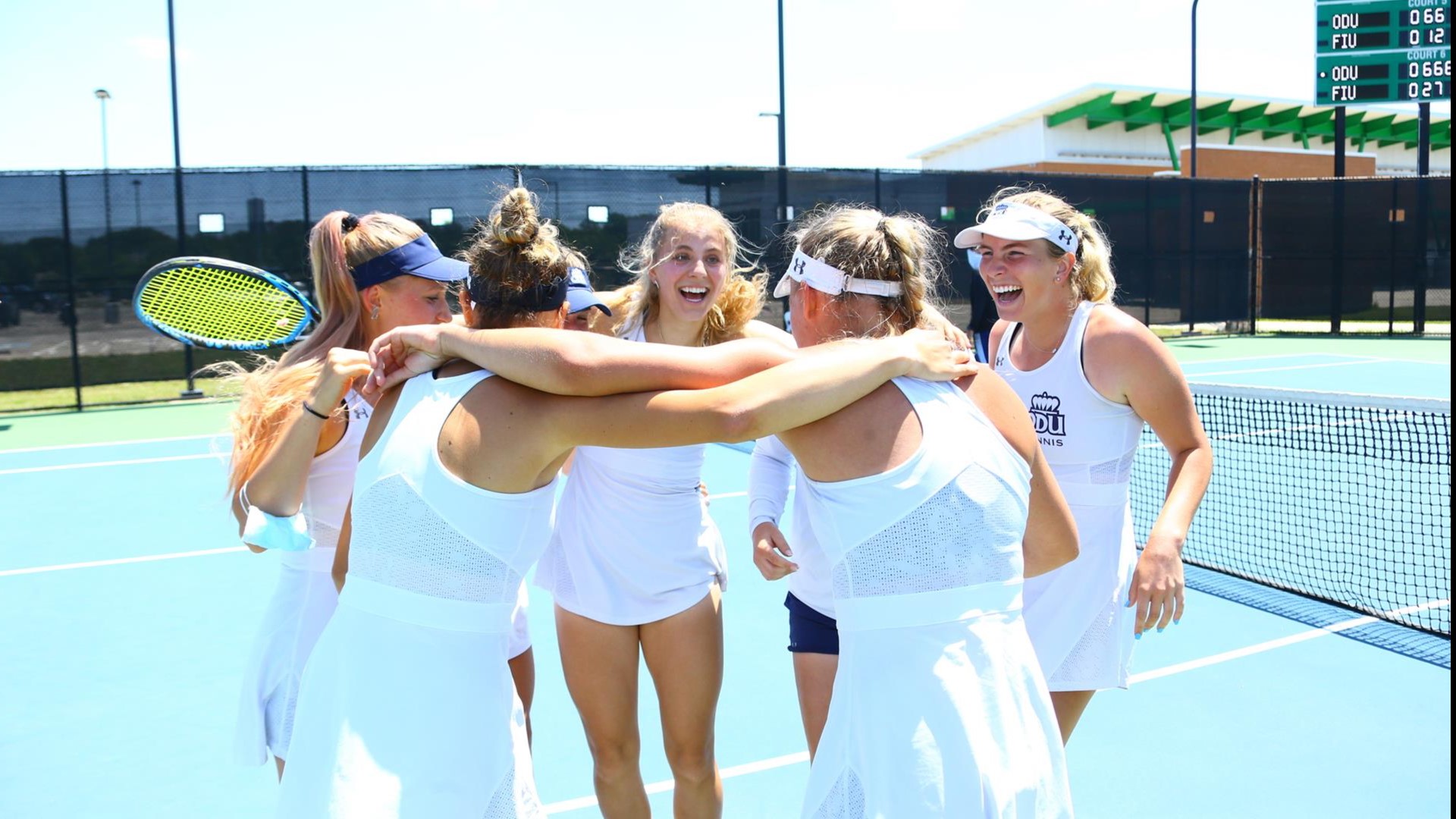 NORFOLK, Va. — Could it have been Brooke Pilkington's secret weapon that made the difference? Probably. She painted her fingernails a special color blue in advance of the Conference USA Women's Tennis Tournament. She said, "There's a story behind it. I had to get them matching for our uniform and everything. There's a purpose behind it for sure." It worked.

The Monarchs went on to take the championship. It's their first conference title in 20 years and now they head to the NCAA Tournament.

Pilkington played her high school tennis at Cape Henry Collegiate in Virginia Beach. She was a 4-time state champion. She is also the only American on a team that has players from 6 different countries. Pilkington noticed that right away, "All these different languages coming at me, but it was very interesting to learn about. Sometimes we would go over to our assistant coach's house, Yana [Sokolenko] and we have dinner with Russian food to learn about their culture."

Holly Hutchinson is from England. She has been ODU's number one singles player for her five years in the program.  Her take on the different cultures is, "At the end of the day we all have a very common goal and that's winning the championship, which we did and being the best tennis playing team we can be."

They also went through hardships together. Hutchinson says that brought the team closer together, "With COVID we only had each other this year. We could only eat with each other. We could only be at each other's houses. It was a very small circle. In doing so it has created a relationship that I haven't had with a team before."

The roster has not changed in two years. Dom Manilla, the head coach points to that as another factor behind their success, "This is a very intimate, close knit team. We stay in touch with each other all the time. It's a small enough unit that we can afford to do that. So, we take care of everybody individually."

Next up it's the first round of the NCAA Tournament Friday in Chapel Hill. The Monarchs are taking on Arkansas. Pilkington says the team has regrouped, "Our goal was to win conference and and Dom did a good job of this, this week. He said great job guys you won conference, but now let's now move on to NCAA's."