It was tense, but ODU still wins their NCAA opener with Jacksonville

By a 4-3 score, the Monarchs claim their first NCAA Tournament win since 1995. 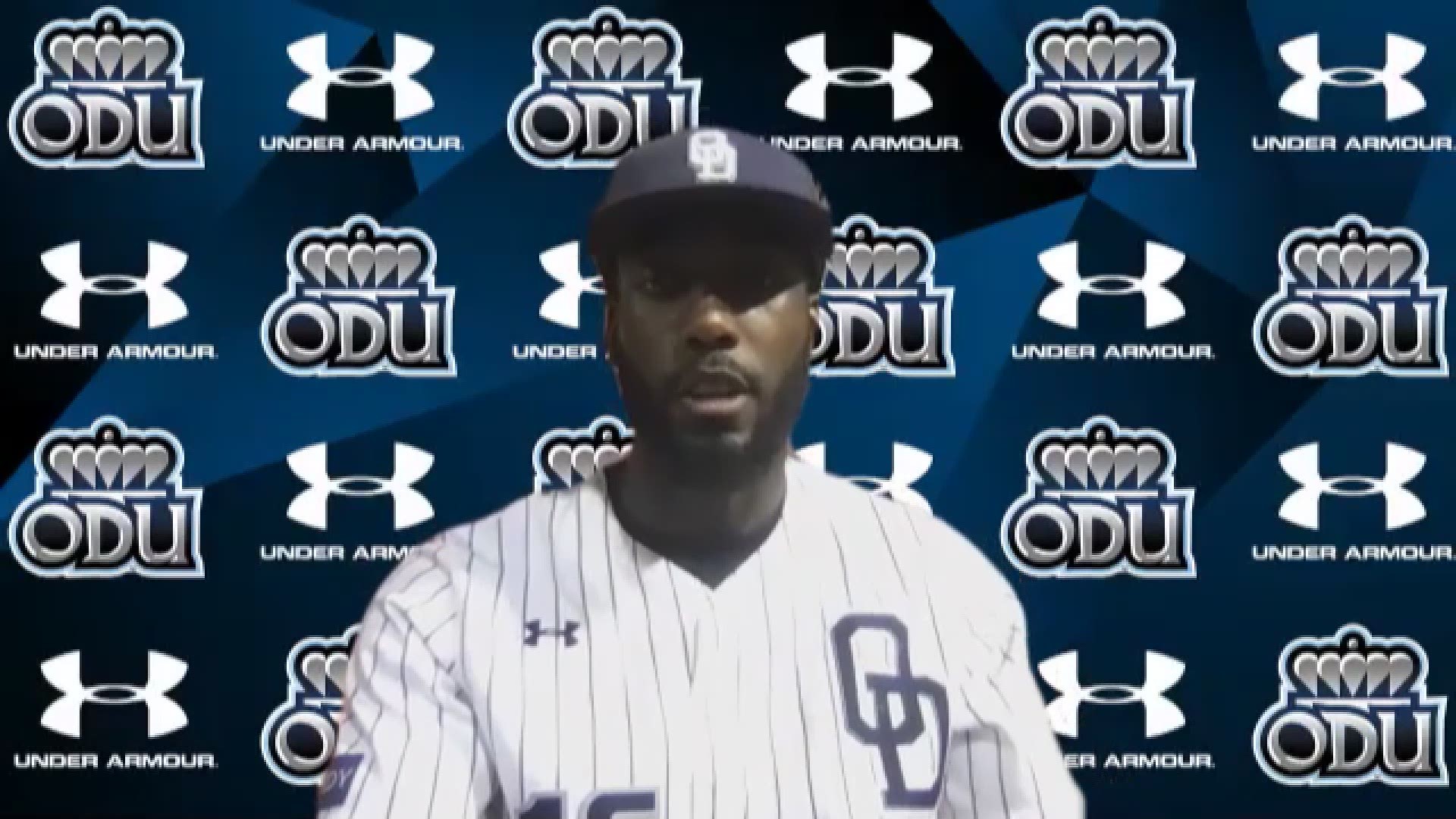 COLUMBIA, S.C. — Survive and advance. That's the mantra of every team in the NCAA College Baseball tournament.

And while the Monarchs faced a ton of adversity, they survived Friday night, thanks in large part to their bullpen, defeating Jacksonville, 4-3, at Founders Park at the University of South Carolina in the first round of the NCAA tournament.

The Monarchs are the No. 1 seed in the regional but will be in hostile territory tonight when they take on South Carolina at 7. The No. 2-seeded Gamecocks are expected to have more than 8,000 partisan fans behind them.

Coach Chris Finwood warned that the Dolphins were better than their record and Jacksonville was in this game until the final out.

Relief pitchers Jacob Gomez, Jason Hartline and Noah Dean shut out the Dolphins over the last eight innings. It was an uncharacterstic victory for ODU, which has won largely with its bats this season and leads the nation in home runs.

"To win this time of the year you've got to win in different ways," Finwood said. "The bullpen, they were the heroes today. Gomez, Hartline and Dean came in and threw up eight straight zeroes to allow us to come back and take the lead.

Finwood went with his best pitcher, Hunter Gregory, a senior from Chesapeake's Hickory High School, but Gregory was out of the game by the top of the second inning.

He was hit on top of his knee by a ball smashed right up the middle in the top of the second. He was on the ground for several minutes, and although he tried to come back and pitch, he could not.

Jacksonville scored three in the first and had a runner on base, but Gomez cooled down the Dolphins, throwing 4 1/3 shutout innings. It was the longest outing of the season for the freshman from Rutherford, New Jersey

Jacksonville scored their three runs in the top of the first on four hits and a walk. Mike Cassalla, Elias Powers and Duncan Hunter each drove home a run with a single.

Gregory finally forced Jackson Grabsky to ground out to end the Jacksonville run.

Kevin Levari quickly cut the lead to one in the bottom of the first, driving in Kyle Battle with a towering home run that bounced 30 yards or so high off the center field fence.

Then, in the bottom of the second, Battle sliced a double down the right field line, scoring Thomas Wheeler and Matt Coutney, to give the Monarchs a 4-3 lead.

Jason Hartline came in relief of Gomez and also pitched magnificently, giving up just one hit and no runs in 2 1/3 innings.

Finwood lifted Hartline for reliever Noah Dean with an out and a man on base in the bottom of the ninth.

Dean gave up a hit, but on the final play of the game, scooped up a softly-hit ground ball and tossed it with his glove to first base for the out.

Finwood said playing South Carolina in its own stadium will be a challenge. But he said ODU got prepared last week in the Conference USA tournament, beating Louisiana Tech before a sellout crowd in Ruston, Louisiana.