Bonds, an NFL caliber wide receiver has 10 TDs in 5 games. 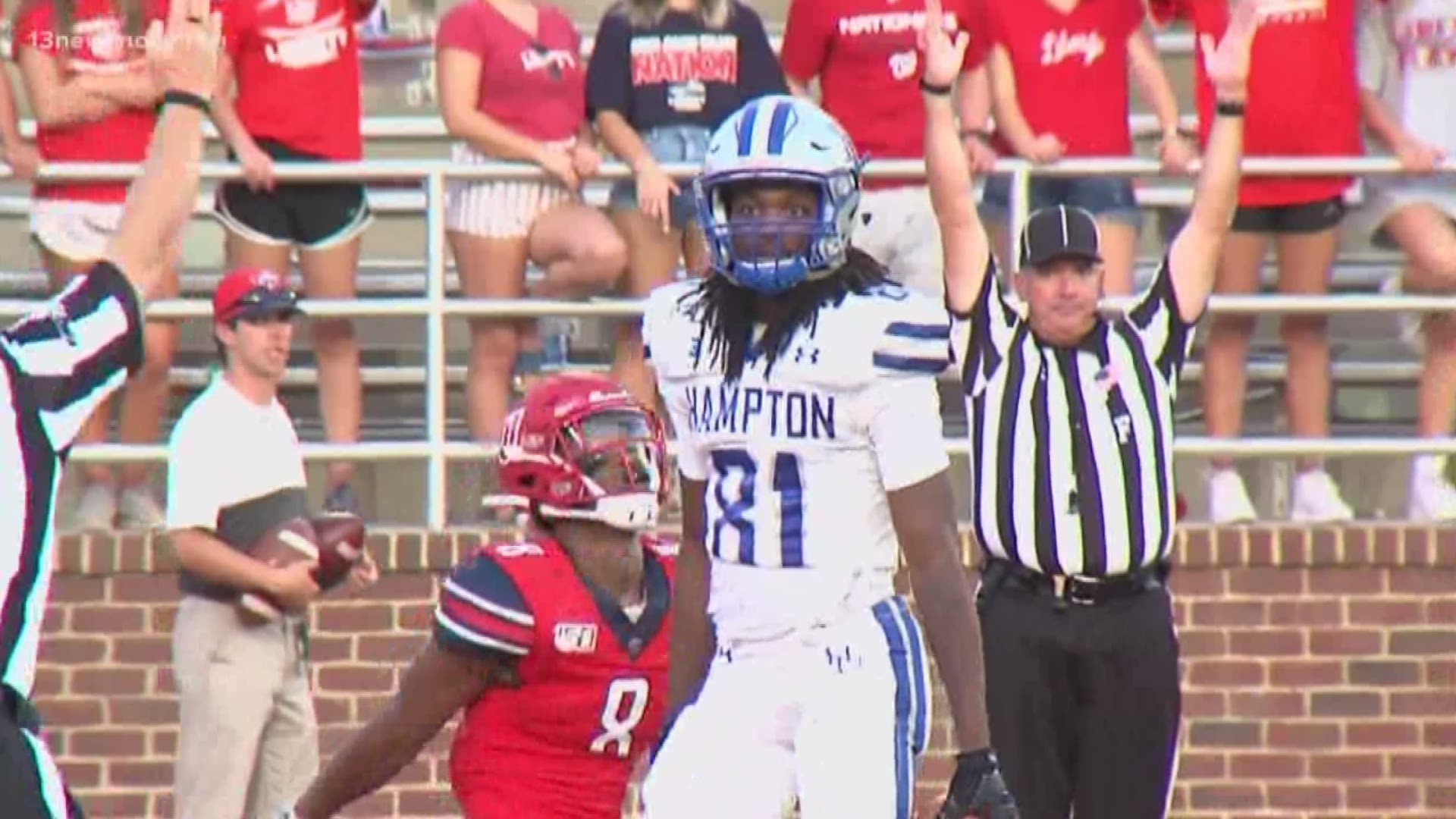 HAMPTON, Va. — Scoring touchdowns isn't the only thing Jadakis Bonds does, it just seems like it. The Hampton University wide receiver has 10 touchdowns in the Pirates first five games.

Bonds is keeping low key so far, "It's been a crazy year. It's been a good year, a nice outbreak year. I'm still just trying to stay focused through it all and stay humble."

A life event has helped keep him focused and driven. Bonds talks about his brother, "My brother, he died in August. My best friend, so I just be looking at him like he must be guiding me doing something crazy out here."

Bonds has a great chemistry with his quarterback Deondre Francois who had this to say about his teammate's success, "It's just a testament to the work that he puts in out here. He comes out here each and every day with a great attitude and it shows on game day."

Pirates head coach Robert Prunty says Bonds has 4.4. speed in the 40. And, at 6'4" with good hands he's the complete package.

Sounds like the Pirates have an NFL candidate here. Bonds is only a sophomore but it's not too early to start dreaming. He says, "That's my number one dream. I'm most definitely going to the league. I don't dream nothing else but eat, sleep and drink football."