Cole Johnson lofted touchdown passes of 73 and 51 yards to Antwane Wells Jr. in the second quarter. 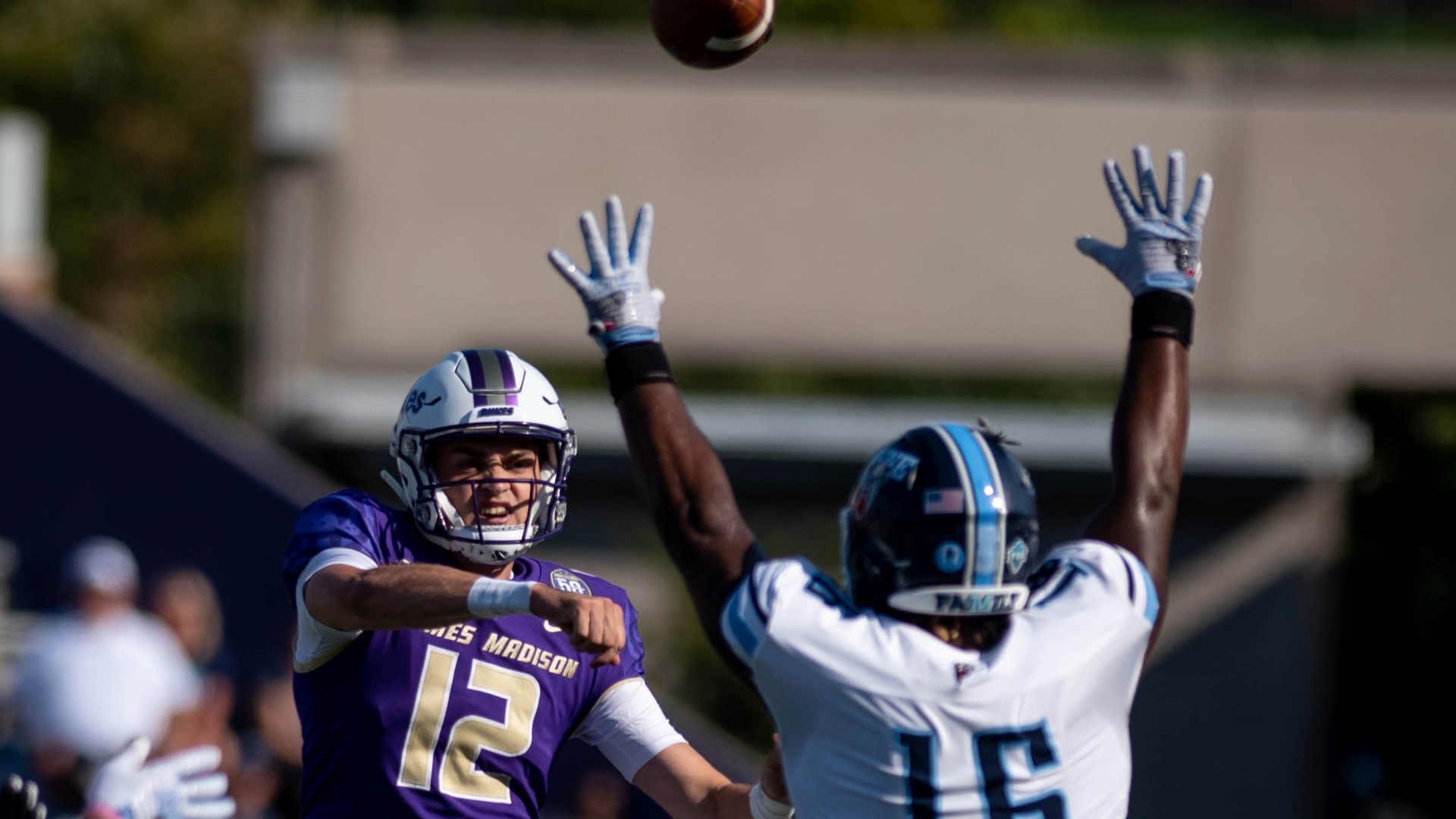 Johnson, who had five TD passes in James Madison’s (2-0, 1-0 Colonial Athletic Association) season-opening win against Morehead State, was 25-of-30 passing for 384 yards. He lofted touchdown passes of 73 and 51 yards to Antwane Wells Jr. in the second quarter.

Great day for the Dukes. Let’s finish it off right!#GoDukes pic.twitter.com/wzXVmdpwIc

Wells finished with eight catches for 179 yards receiving, both career highs. Scott Bracey had four receptions for 71 yards. Noah Turner made one catch, a 27-yard touchdown.

Ethan Ratke made field goals from 21 and 41 yards for the Dukes. The sixth-year senior now has an FCS-record 414 career points among kickers. He also has made a career 75 field goals, matching the FCS record held by Montana’s Dan Carpenter (2004-2007).

Mateo Jackson blocked a punt and Desmond Green scooped the ball, running it 30 yards into the end zone for the Dukes. Francis Meehan’s pick-6 in the fourth quarter capped the scoring with 8:36 to play.

Derek Robertson completed 8 of 22 passes for 88 yards and threw a touchdown pass and interception for the Black Bears.

It was the fourth straight win in the series for the Dukes but the first since 2017.