Jones stepping down as head coach at Ocean Lakes

Joe Jones says he's looking to "preparing for life after football" with his wife and family. 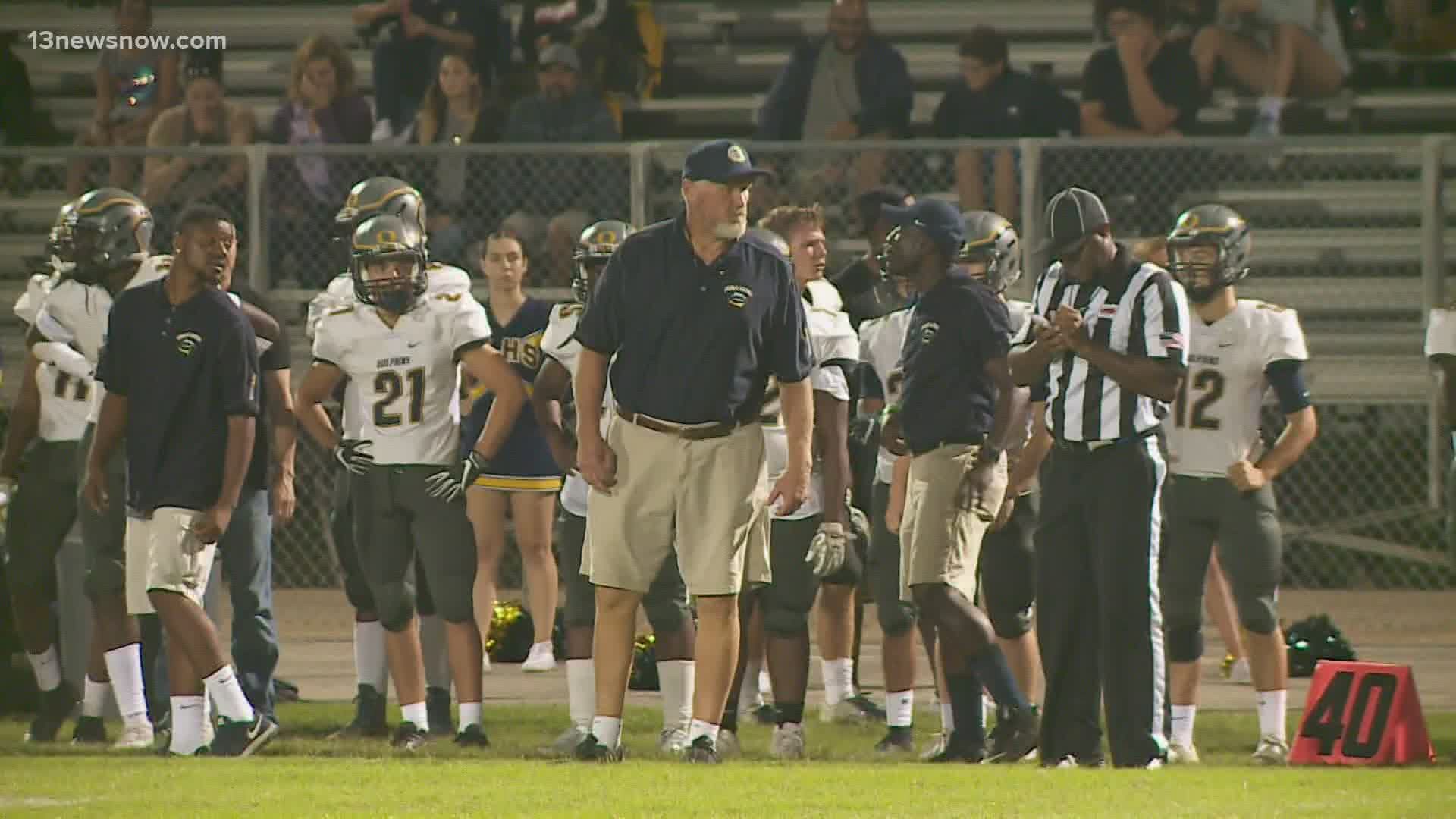 VIRGINIA BEACH, Va. — Joe Jones has been coaching football since 1986. A gallon of gas was .89 cents and the cost of new house was $89,430 dollars at the time. So after 35 years, he announced he was stepping down and retiring as head coach at Ocean Lakes High School after five seasons. He said he "decided a couple of weeks ago that the time was right for me", Jones said via text message.

Before the Dolphins, the former Virginia Tech tight end, was at King's Fork for 8 years guiding the Bulldogs to the playoffs his last 4 seasons. When he got to Ocean Lakes, who was already a nationally ranked, he led them to a region title in 2018. This past season, the Dolphins finished the year 4-2 in which the schedule was shortened due to the Covid-19 pandemic. "I ready to move on to the next chapter of my life.