The Warriors have enough to win over Indian River in boys action while the Cavalier girls roll past Deep Creek. 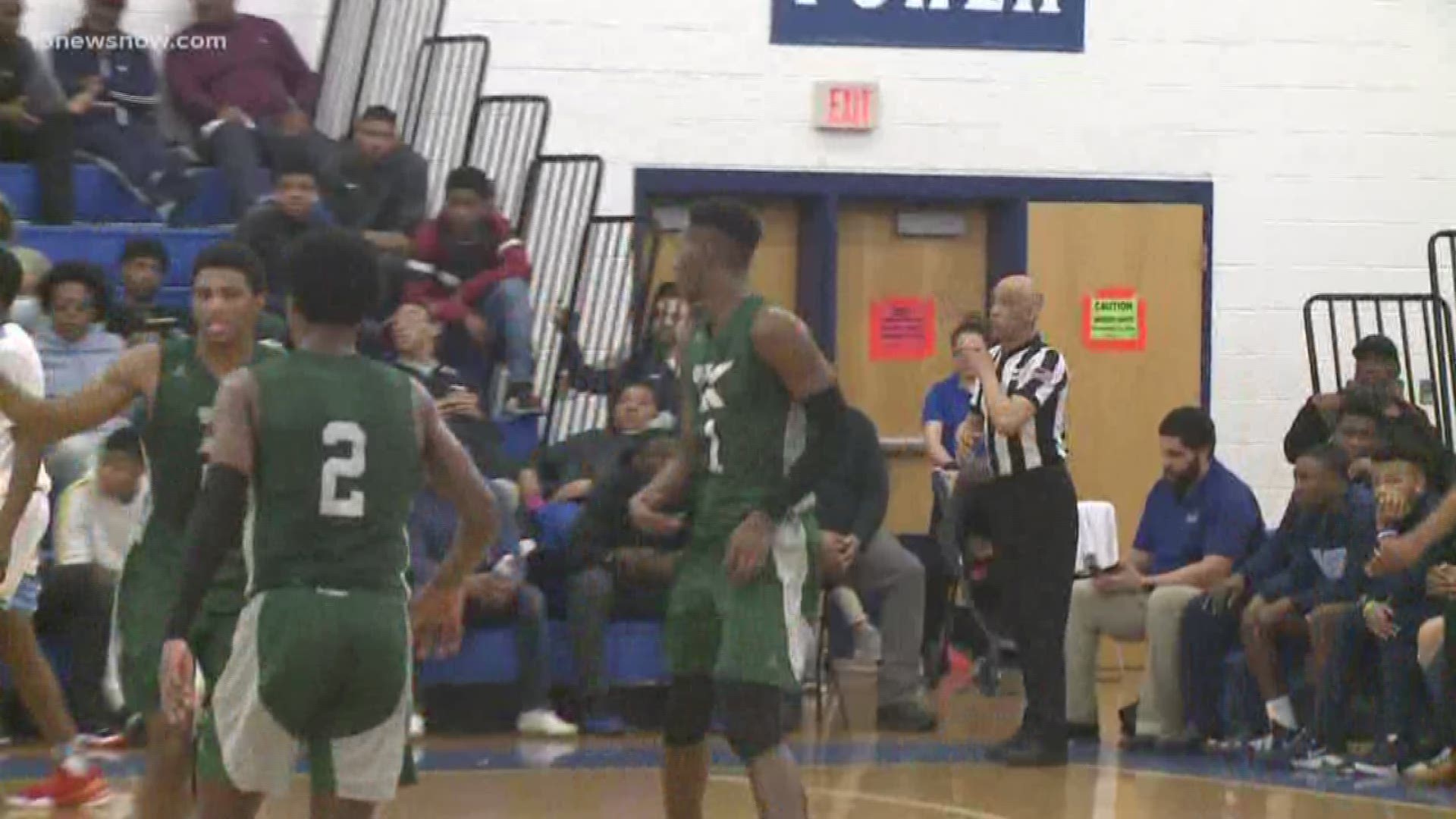 NORFOLK, Va. — Area high schools continue their journey into the region playoffs. In Class 5 Region A on the boys side, 5th seeded Kecoughtan bolted out to a 35-22 lead over #4 Indian River. The Braves, who won four their last five, rallied to narrowed it just two points with 3:31 left in the third quarter. The Warriors would hold on to win 69-62 on Tuesday night. They were led by DeJuan Campbell who had 18 points as Kecoughtan (17-6) moves on to the region semifinals on Friday. The Braves', Kahlil Oden had game high 27 in the loss.

They'll take on top seeded Norview who won easily over Bethel 62-40. The Pilots were led by junior Jaylani Darden, who scored 14 of his game-high 18 points in the first half.

On the girls side in the Class 5 Region A quarterfinals, Princess Anne trailed Deep Creek 15-14 after the first quarter, then the Cavaliers threw it into overdrive. Jasha Clinton scored a game-high 20 points and Aziaha James chipped in 19 points for the top seeded Cavaliers. They now advance to face Salem in a 2 p.m. semifinal Friday at Scope. In Class 4, Hampton won over Wilson 65-52 and they'll next face Lake Taylor who won over Menchville 68-37. King's Fork beat Warhill 37-30 and Grafton won over Heritage 53-48.