Alonzo Coley leaves the Warriors after 8 seasons with a 36-48 record. 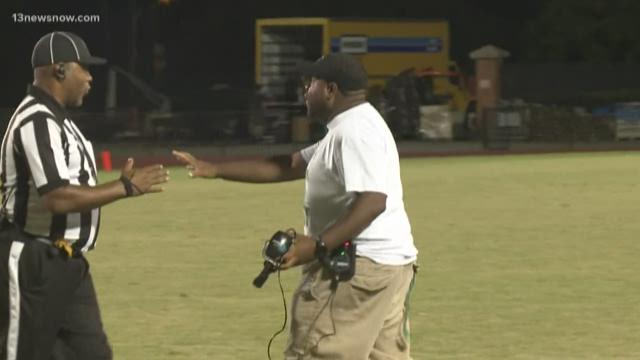 HAMPTON, Va. — With this year's area high school football season in the rearview mirror, there was movement in the coaching ranks on Tuesday. Kecoughtan's Alonzo Coley announcing his resignation as head coach according to the Daily Press. He had a 36-48 record in 8 seasons.

After getting just 9 wins over his first two years, Coley's best season at Kecoughtan came in 2014 when he led the Warriors to a 9-3 record as well as a regional first round win over Western Branch. In 2018 they went 7-4 and reached the Class 5 Region A playoffs. Coley says he hasn't ruled out coaching somewhere else.