The former Warhill High softball star is nearly as dominant at VA Tech as she was in high school. 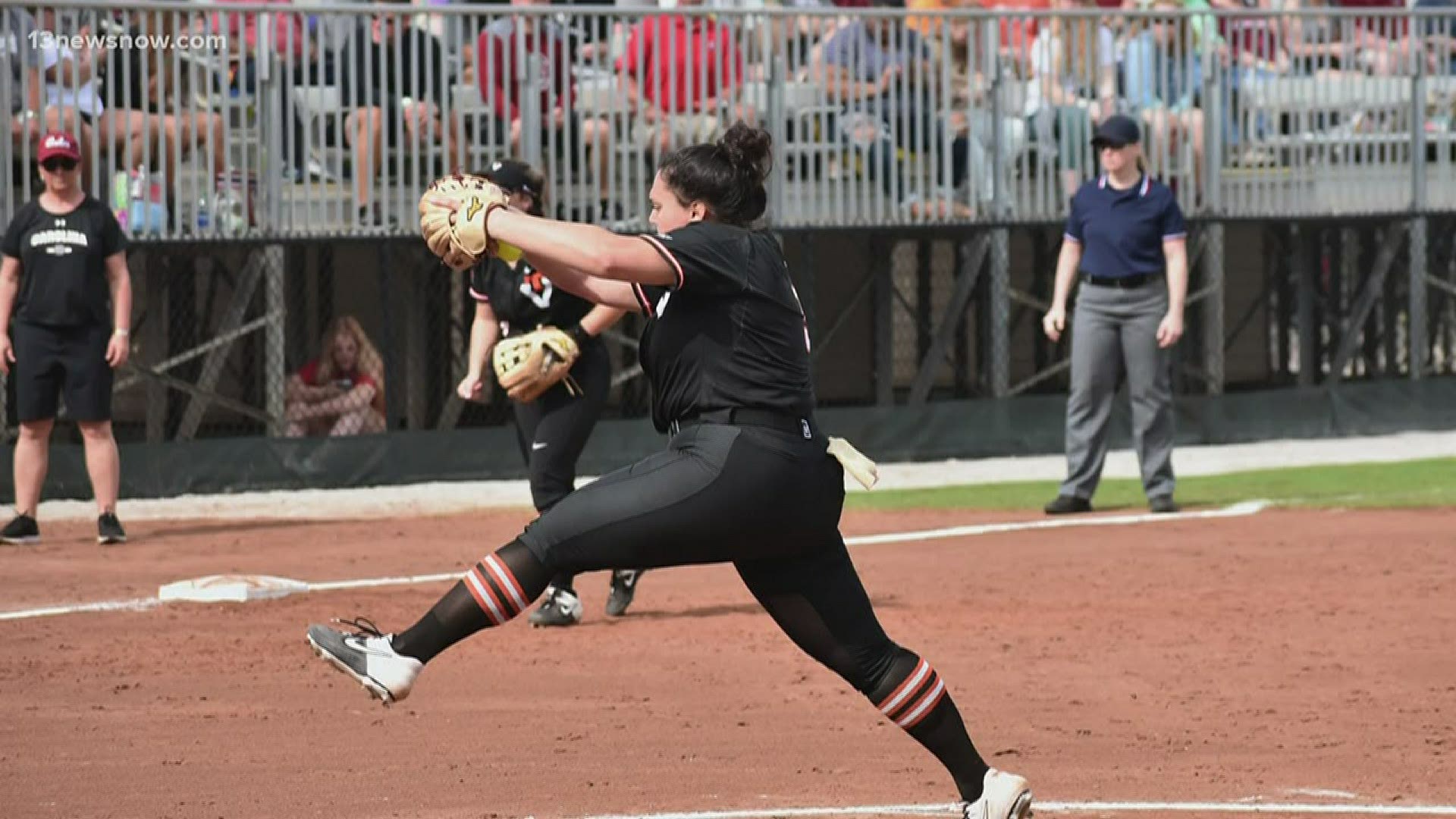 WILLIAMSBURG, Va. — Sometimes it's easy to pick out talent on the sports field. Keely Rochard certainly stood out in her time pitching softball for Warhill High School. She is still hard to miss now that she is at Virginia Tech.

Now a junior, Rochard was recently named first team All-American by Softball America. The Hokies got off to a promising start this season. They were (21-4) and ranked in the top 20 when the season got cut short.

Rochard put up some very impressive numbers to get the team to that lofty position. She was (15-3) with seven shutouts. And, she had impressive strikeout numbers. She notched 183 punch outs in just 120 innings pitched.