Keyshawn Davis, an elite boxer from Norfolk is ready to make a big splash

He was destined to medal in the Olympics, instead Davis is turning pro. His first fight is Saturday night. 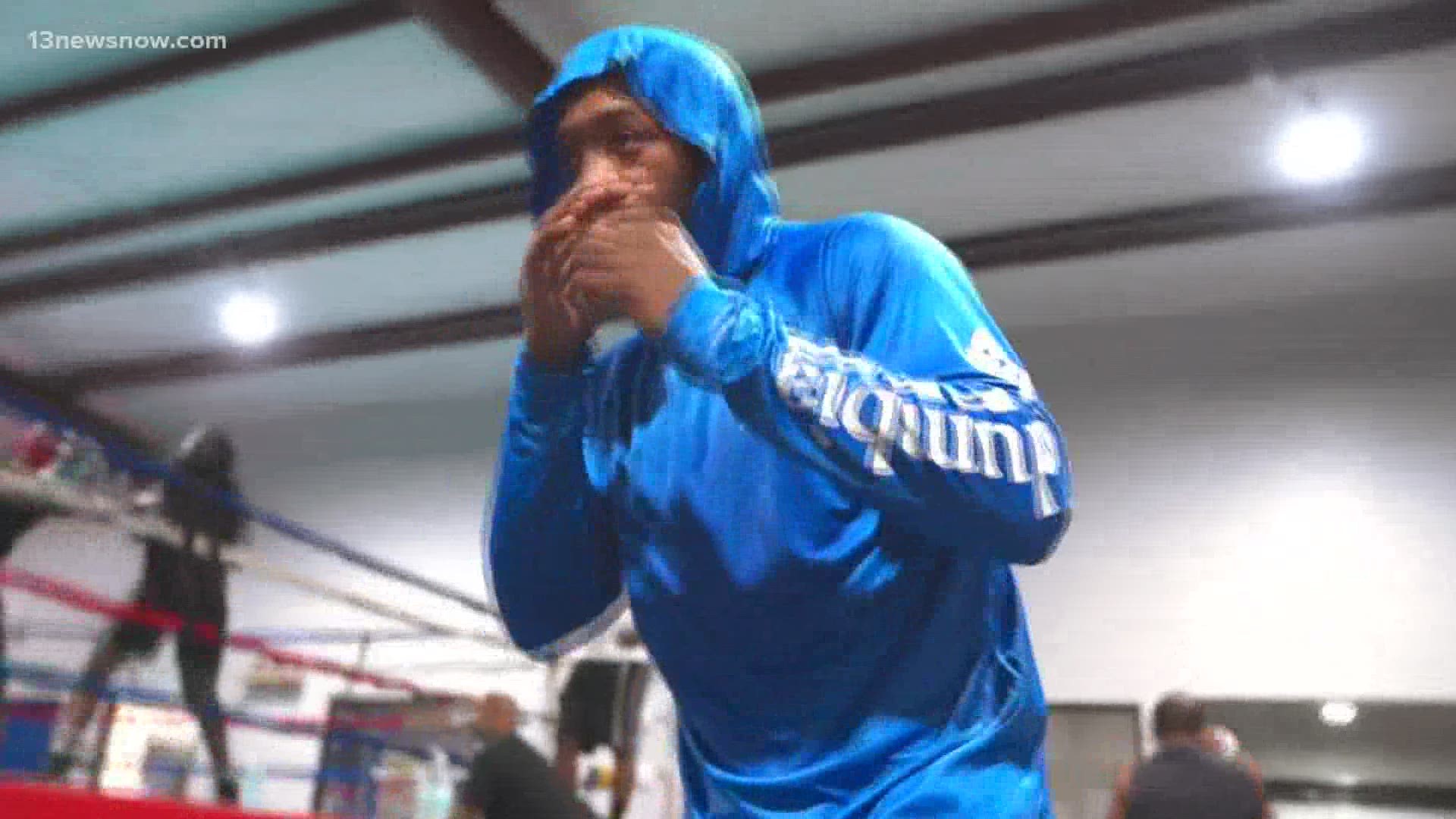 HOUSTON — Go ahead and "google" Keyshawn Davis, boxer. I'll wait. When you get there you'll see all kinds of stories describing Davis, a Norfolk native as the next big thing in American boxing.

Davis would have been a sure bet to medal in the Olympics in the lightweight division. However, the pandemic meant a year pretty much in limbo. He needed a change, so Davis is turning pro. His first fight is Saturday night at the Hard Rock Stadium in Miami.

What was the deciding factor in turning pro? Davis says, "I had the whole 2020 to think about that. I knew going into 2021, it had to be something different. It couldn't be the same thing."

Davis is 21 years old. In the ring he is lightning quick, extremely hard to hit and he has an advanced boxing IQ. In and out of the ring, he has a serious independent streak. For instance, he says, "My biggest move I ever made for myself was moving out of my own city and started training in Alexandria, Virginia. I told me my mother that, I said 'Ma, I'm not going to make it here in Norfolk. We've got to go. Something's got to change."

There have been other stops along the way, but Texas is something of a boxing hotbed, so now he trains and lives in Houston.

When it comes to his professional debut, he thinks it's going to be a memorable night, "I just want to show a great performance. Whether it's a knockout, whether it's a good performance. I'm going to show the world something special."