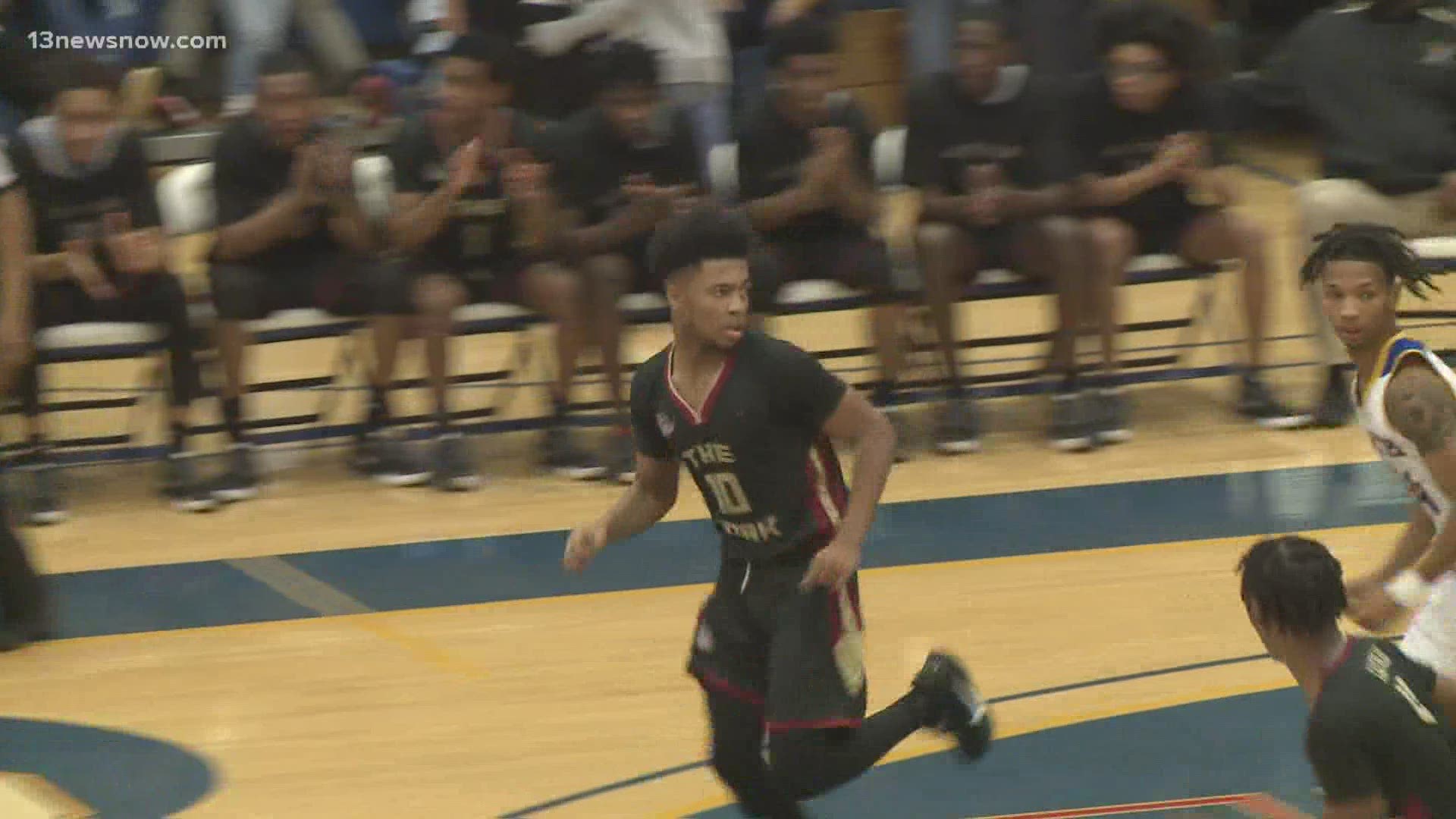 SUFFOLK, Va. — At the end of the day, Jayden Epps felt his decision came down to "building relationships". The King's Fork guard announcing through social media on Monday afternoon he's committed to Providence College out of the Big East Conference. "It was tough but it just made me realize who really wanted me the most". The 17 year old chose the Friars over Virginia Tech, North Carolina State, Florida, Arkansas and Texas A&M.

Writing my own story. Beating the odds. 120% committed🖤 pic.twitter.com/NBO2kAoMlZ

The 6-2, 195 pounder and his Bulldog squad didn't play this past season due to the Covid-19 pandemic. Instead he played in several camps when possible around the country. Epps was the Class 4 State Player Of The Year as a junior averaging 26 points a game to go with 6 rebounds and 6 assists as a junior.

When asked why a school out of the Big East as opposed to the Atlantic Coast or Southeastern Conferences, he said, "I don't really look at it like this conference or that conference. I just want to go where the best fit for me."